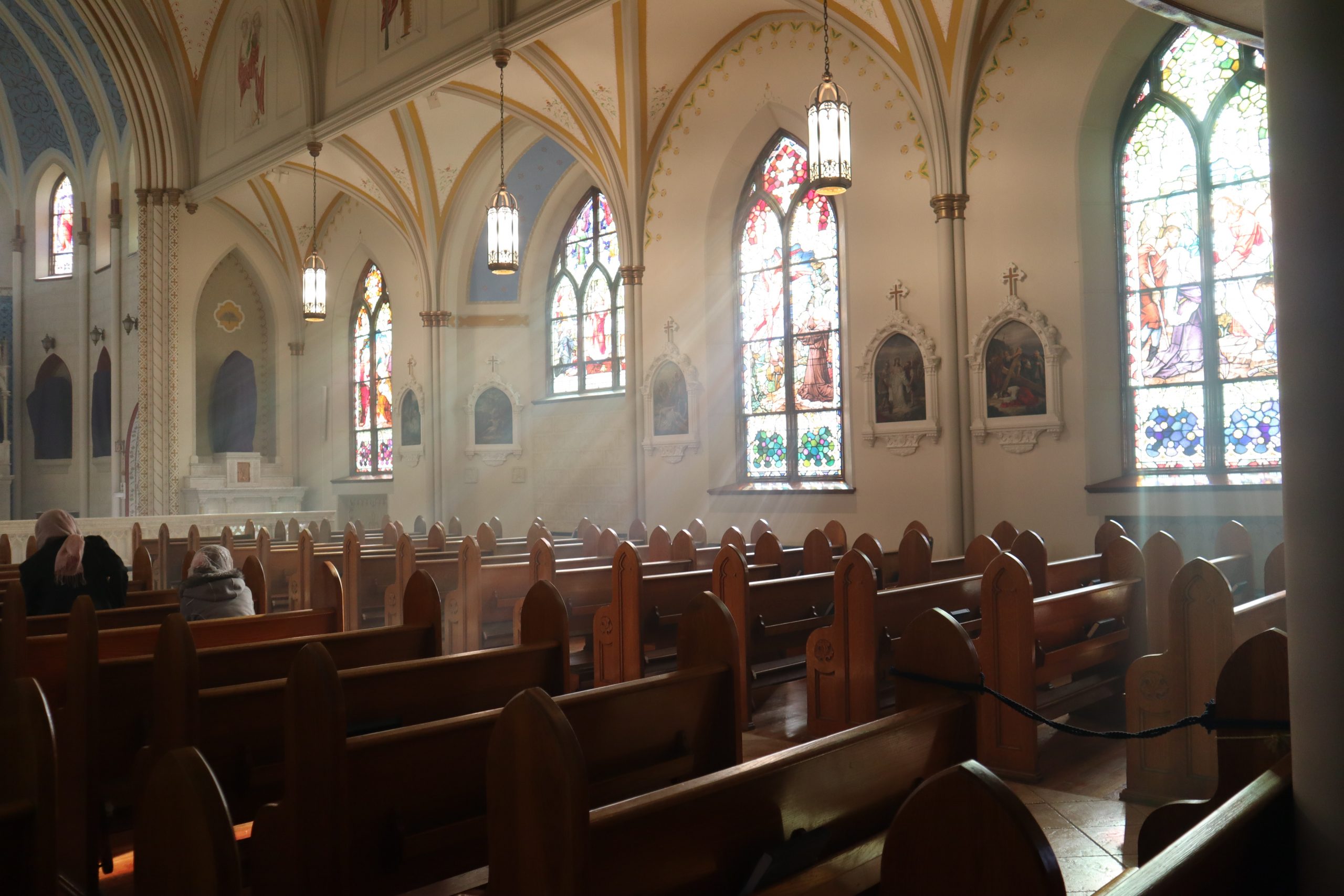 Just a year ago, when it was edited by the late Michael Kelly (who died in Iraq in the first weeks of the war), The Atlantic could publish an article like David Brooks’ “Kicking the Secularist Habit,” a bracing challenge to the regnant media stereotypes about religious believers and their lives. Now, alas, The Atlantic has reverted to promoting stereotypes, this time with an assist from someone who ought to know better – Father Andrew Greeley.

In the January-February Atlantic, Greeley wrote a short piece entitled “Young Fogeys.” As its subtitle put it, the article proposed that there was an “unusual clerical divide” in the Catholic Church in America, a divide between “young reactionaries” and “aging radicals.” Father Greeley’s data – and Father Greeley is never without “data” – “reveals a striking trend: a generation of conservative young priests is on the rise in the U.S. Church.” Moreover, Greeley wrote, “these are newly ordained men who seem in many ways intent on restoring the pre-Vatican II Church, and who, reversing classic generational roles, define themselves in direct opposition to the liberal priests who came of age in the 1960s and 1970s.”

It’s a sadness that Father Greeley, who’s rarely been reluctant to challenge shibboleths and myths, couldn’t resist the temptation to stereotyping here.

To begin with, Andrew Greeley is far too intelligent to believe that those familiar, shopworn “liberal/conservative” categories shed much light on the reality of the Catholic Church. If priests ordained since the mid-1980s show a greater disposition to believe that what the Catholic Church teaches to be the truth is, in fact, true, why does that make them “conservative”? I should have thought it made them orthodox. Or faithful. Or honest. Perhaps even admirable.

Then there’s that bit about “restoring the pre-Vatican II Church.” A man ordained in 1985, 1990, or 1995 is very unlikely to have experienced Going My Way Catholicism – so how can he want to “restore” what he never knew? It’s far more likely that that man had to fight his way through to a vibrant orthodoxy after experiencing priestly defections, liturgical oddities, and contempt for tradition. If he was in a seminary in the early 1980s, he was probably given a hard time by those among his “formators” who thought his quest for authentic Catholicism a form of mental illness. As I’ve encountered them, the men Greeley’s Atlantic article categorizes as “young fogies” aren’t trying to “restore” something; they’re trying to build the Church of the new evangelization, in response to the invitation of John Paul II.

Father Greeley retails with alarm statistics from Catholic University’s Dean Hoge, who “reports that half the newly ordained priests he encountered believe that a priest is fundamentally different from a layperson – that he is literally a man apart.” Greeley then notes that “these beliefs are strikingly at odds with those of the predominantly liberal generation of new priests [sociologists] studied in…1970.” Those who remember that the latter generation contributed mightily to the greatest exodus from the priesthood since the Reformation may not be so inclined to grieve.

At the same time, what’s truly wrongheaded here is the suggestion that young priests convinced of the distinctiveness of their vocation are somehow out-of-sync with Vatican II. That would come as news as to the Council fathers who, in the Council’s Dogmatic Constitution on the Church, taught that the common priesthood of all the baptized and the ministerial priesthood “differ essentially and not only in degree” [Lumen Gentium 10].

Can that teaching about difference breed clericalism? It can, and it has. But in many of the young priests I know, it has led to something quite different – a conviction that the ordained priesthood exists to strengthen and ennoble the laity’s vocation to sanctify the world.

Do young priests need the counsel of their more experienced fellow-priests? Undoubtedly. But they’re rather unlikely to take it from men who dismiss them as “young fogeys.”

PrevGridirons and virtues
Looking forward to death: a Lenten meditationNext