Although I played a bit of the “beautiful game” in high school and college, and rooted for the Baltimore Bays when professional soccer was trying to get started in the U.S. with rosters composed of aging Europeans and not-quite-ready-for-prime-time players from Latin America and the Caribbean, I can’t say that I share the passionate interest of, oh, 80% of humanity in the current World Cup goings-on.

Perhaps it has something to do with some recent history.

I watched the 1994 World Cup final in Cracow’s un-air-conditioned Hotel Royal, recovering from a 104-degree fever caused by an attack of food poisoning that struck me on a bus trip to the shrine of the Black Madonna in Czestochowa — not the place to suffer a violent attack of gastric distress, I assure you. The TV in my hotel room was a six-inch diameter black and white job, which reduced the Los Angeles Coliseum to the size of a large soup plate. Nor was my frame of mind improved by the game itself, a 0-0 (or “Nil-Nil,” in soccer-speak) tie between Brazil and Italy, ultimately won by the Brazilians who prevailed in penalty kicks, 3-2: a practice that struck me, then and now, as akin to settling the seventh game of the World Series by playing home run derby.

The 1998 World Cup was held in France and saw the host country record its first Cup win. That made President Jacques Chirac happy, and as a general proposition, whatever made Jacques happy made George unhappy.

On the first day of World Cup 2002, I happened to be in Lisbon, preparing to address a lunch meeting of what was described to me as “75% of the Portuguese GNP.” The United States played Portugal that morning and the Portuguese capital adjourned all business in order to watch the match, which it was assumed Portugal would win handily. Somehow, though, the U.S. prevailed, 3-2, which did not put my lunch audience in the most receptive of moods. I fear I did not improve the situation by apologizing for the game’s outcome, on the grounds that “You obviously care about this a lot more than we do…”

Then there was World Cup 2006, the final game of which is remembered primarily for the French star, Zinedine Zidane, getting himself ejected in overtime for head-butting an Italian adversary. Again, neither of the finalists managed to score a goal, so once again, the soccer equivalent of home run derby settled things in favor of the Italians.

I’ll be in teaching in Cracow when the World Cup is in its win-or-go-home elimination round this year, and my students from central and eastern Europe will be intensely following every game — even the Nil-Nil games which, I will be told, are exercises in beauty that one must learn to appreciate. I’m sorry but I’ve tried, and it doesn’t work.

I am perfectly prepared to argue that people who complain that “nothing happens in baseball” simply don’t know what they’re watching, for something is happening in baseball, the most situational of our sports, every second. But I’m not prepared to concede that I’m “missing something” in a sport in which there are more histrionics than in small-town Italian opera, scoring is about as frequent as Commonweal editorials praising the Roman Curia, and the premier global event is settled by home-run derby (or, if you prefer, a field-goal kicking contest).

As for the beautiful game’s athleticism, I readily concede that these guys are in fantastic shape and do some amazing things. But will a month of World Cup highlights produce any more incidents of beautiful athleticism than two weeks of “Web Gems” on ESPN’s “Sports Center” during the baseball season? I very much doubt it.

Out of solidarity with my students, I’ll watch the World Cup final, praying that it isn’t settled by a penalty-kick shootout. And I’ll be grateful that, for a few weeks, the usually-empty phrase “international community” actually means something. But I wish it would happen through a sport that acknowledges a simple, biblical truth: God gave us opposable thumbs for a reason. 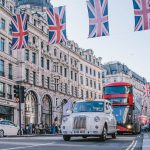