What Makes a University "Great"?

Milwaukee’s Marquette University has been in a bit of a flap.

Marquette’s athletic teams had long been known as the “Warriors.” When the politically correct protested, the heirs of Jacques Marquette (the legendary 17th century Jesuit missionary honored in the Capitol’s Statuary Hall) caved, renaming the school’s teams the “Golden Eagles.” That made a significant contingent of Marquette fans unhappy. They continued to cheer for their “Warriors;” the vice-chairman of the board even offered a million dollar gift if the old name were restored. University president Father Robert Wild, SJ, then announced a lengthy “dialogue” to straighten things out; predictably, the “dialogue” produced an anodyne nickname – the Marquette Gold (as in the Harvard Crimson and the Stanford Cardinal).

I’m told that there were minor riots on campus. The local media were having a field day, and Father Wild finally announced yet another “process:” there would be a national plebiscite among interested parties, who would vote on a nickname from a list of ten names (chosen, of course, by a committee selected for its “diversity”).

In the midst of all this, Father Wild, evidently trying to get the conversation refocused, said this about his school: “Just last week we received the largest single donation in university history with a gift of $28 million that will transform our College of Communication. For the third consecutive year, we celebrate the fact that students are applying to Marquette in record numbers. Marquette has risen in national academic rankings. The campus has undergone a physical transformation, and Marquette has enjoyed the most successful fund-raising period in its history, raising more than $300 million during the current comprehensive campaign. These are the true measures of a great university.”

That would come as news to St. Ignatius Loyola, who thought that the real test of higher education was what happened to the students – intellectually, socially, morally, and spiritually – under Jesuit tutelage. A university that measures its “greatness” by application numbers and endowment rather than by the character of its graduates is a school with a decidedly secular notion of greatness.

Father Wild’s measures of “greatness” would also have surprised his predecessors in Jesuit higher education, and not so long ago at that. In 1955, Msgr. John Tracy Ellis, dean of U.S. Catholic historians, wrote an influential essay on the current state and future prospects of U.S. Catholic colleges and universities. Re-reading Msgr. Ellis’s essay on its fiftieth anniversary should remind us not to wax nostalgic about the state of Catholic higher education in the mid-1950s. It did some things well, and it did some things poorly.

Fixing what was broken did not require the wholesale abandonment of required courses and core curricula, however, much less the widespread rejection of character formation and spiritual direction as a function of Catholic higher education – both of which took place in the late 1960s. According to the Ellis formula, improving Catholic higher education should have meant building on the traditional strengths of Catholic colleges and universities: rigorous training in the liberal arts complemented by solid personal formation (a combination recognized by thoughtful law and medical school administrators as the best preparation for demanding professional studies). Instead, too many Catholic schools began aping Harvard, Stanford, Mt. Holyoke, and Smith, just when those schools were imploding, intellectually and morally.

One sad result of that forty-year long trend is intellectual: graduates of Catholic colleges and universities today often have no more idea how to put their knowledge together into a coherent and compelling worldview than do other recent graduates. Another sad outcome is the phenomenon that Loyola-Maryland professor Vigen Guroian calls the “dorm brothel” – the college as sexual free-fire zone, which is a very bad place to learn how to love. (And if you think the “dorm brothel” isn’t a feature of too many Catholic campuses, think again.)

And yet another sad result of misreading Father Ellis’s prescription is a Catholic university that measures its “greatness” by dollar signs and numbers of student applicants.

On this fiftieth anniversary of Msgr. Ellis’s critique, surely another, equally critical reflection is in order. 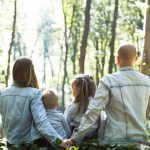 A Mission of Love