Sandro Magister's “Chiesa” [Church] newsletter (available at http://chiesa.espresso.repubblica.it) is an indispensable resource for anyone seriously following the major debates within the Catholic Church, the ideas shaping the pontificate of Benedict XVI, and the goings-on of the Church's central administration. Sandro and I are friends and were sources for each other during the interregnum between the death of John Paul II and the election of Benedict XVI. In my experience, he's that rarest of birds in the Italian journalistic aviary — someone who doesn't make stuff up.

Sometimes, though, even Homer nods.

In his April 11 “Chiesa,” Sandro gave a lot of space to a critique by Professor Luca Diotallevi of a March 1 speech by Archbishop Charles Chaput of Denver. In that speech, Chaput (whose diocesan newspaper syndicates this column) criticized John F. Kennedy's September 1960 address to the Greater Houston Ministerial Association as a harbinger of what Richard John Neuhaus would later call the “naked public square” — an American public space shorn, not only of religious arguments, but of religiously-informed moral arguments made in a genuinely public manner. Professor Diotallevi thinks Chaput got Kennedy wrong. I think Professor Diotallevi got both Kennedy and Chaput wrong.

Diotallevi suggests that John Courtney Murray, who would later play a significant role in shaping Vatican II's Declaration on Religious Freedom, was the chief ghostwriter of JFK's Houston speech. That's wrong, and while Murray may have been consulted, he certainly didn't agree with Kennedy's assertion at Houston that religious conviction ought not shape the public debate “directly or indirectly” — for that would have ruled out precisely the kind of Catholic natural law public philosophy that Murray urged on America in his seminal 1960 book, We Hold These Truths: Catholic Reflections on the American Proposition.

Professor Diotallevi may also have misread the character of the anti-Catholic bias that Kennedy faced in 1960. It's true, as the Italian professor writes, that Kennedy's Protestant audience was used to Christianity “manifesting itself in every aspect of public life.” But what these men wanted was a Protestant public square; some of them were even unsure that Catholics were Christians. Kennedy's strategy in meeting that bigotry was not to speak of the ecumenical public philosophy the natural moral law could provide (which would have been the classic Murray move), but to propose an America in which everyone's Christian convictions were out-of-bounds in public life, whether those convictions were expressed “directly or indirectly.”

Then there is the question of what Catholic politicians, post-JFK, learned from the Houston experience. Very few, alas, learned Murray's natural law approach to arguing moral truths amidst American pluralism; many of them bought into the secularism in public life that Kennedy made even more explicit in his 1962 commencement address at Yale — a speech that declared the great issues of the time technocratic and managerial rather than philosophical and moral. Read through the prism of the Yale address, the Houston speech on religion in public life looks even more like a matter of JFK playing precursor to the naked public square that Mario Cuomo and John Kerry would promote defend in 1984 and 2004. Those men, in turn, further confused the abortion debate by declaring the Church's teaching on life sectarian, rather than grappling with it as it is: a natural law moral argument, devoid of uniquely Catholic theological premises; an argument anyone willing to engage in serious thought can grasp.

The depth of anti-Catholicism in the U.S. in 1960 was such that it may have taken a candidate who was far more a modern rationalist than a man formed by the social doctrine of the Church to break the Catholic glass ceiling in American presidential politics. That's a point worth debating. What seems clear to me is that Archbishop Chaput had it right, and Professor Diotallevi has it wrong, in their respective analyses of what JFK wrought at Houston. Kennedy may have defeated Protestant prejudice. But the way he did it prepared the ground for schizophrenic politicians who bracket their moral convictions when they fear being charged by the new bigots — the secularists — with the “imposition” of “sectarian” convictions. 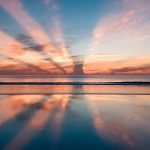 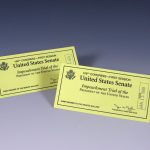 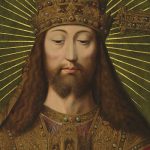