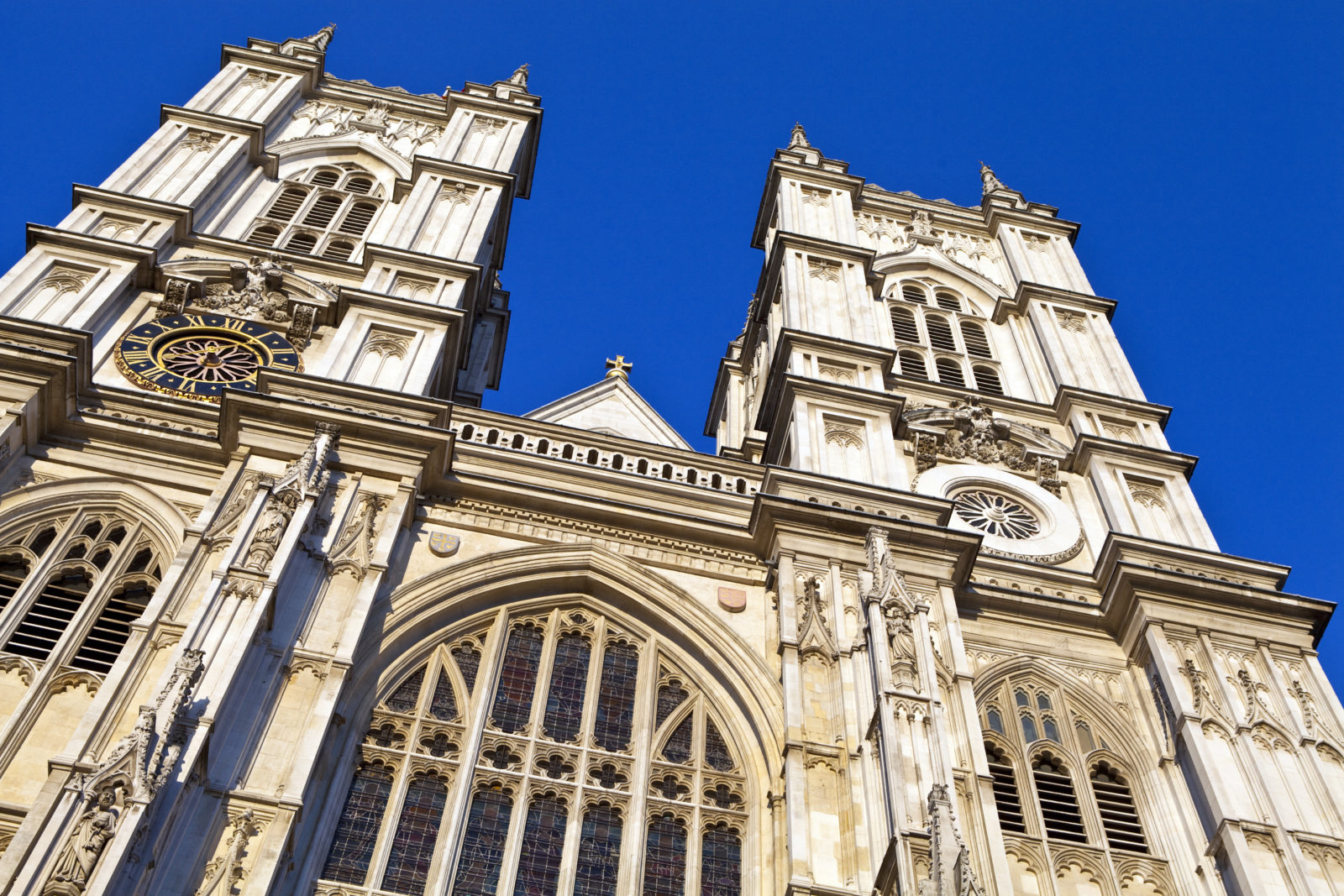 The third volume of Evelyn Waugh’s masterwork, the Sword of Honor trilogy, begins in October 1943, with a wartime queue outside Westminster Abbey:

The people of England were long habituated to queues; some had joined the procession ignorant of its end — hoping perhaps for cigarettes or shoes — but most were in a mood of devotion. In the street, few words were exchanged; no laughter. . . .

The sword they had come to see stood upright between two candles, on a table counterfeiting an altar. . . . It had been made at the King’s command as a gift to the “steel-hearted people of Stalingrad.” An octogenarian, who had made ceremonial swords for five sovereigns, rose from his bed to forge it; silver, gold, rock-crystal, and enamel had gone to its embellishment. In this year of the Sten gun it was a notable weapon and was first exhibited as a piece of craftsmanship at Goldsmiths’ Hall and at the Victoria and Albert Museum…

The gossip writer of the Daily Express suggested it should be sent round the Kingdom. Cardiff, Birmingham, Sheffield, Manchester, Glasgow, and Edinburgh paid it secular honors in their Art Galleries and Guild Halls. Now, back from its tour, it reached its apotheosis, exposed for adoration hard by the shrine of St. Edward the Confessor and the sacring place of the kings of England.

If Evelyn Waugh found it bizarre, and indeed slightly blasphemous, that Westminster Abbey should become the stage on which a mock liturgy in honor of Britain’s wartime ally, the Soviet Russia of Joseph Stalin, was played out, one can only wonder what the greatest English novelist of the 20th century would have made of last Friday’s episode, when, as the Abbey itself tweeted, “The Abbey flag is flying at half mast as a mark of respect following the death of King Abdullah bin Abdulaziz, King of Saudi Arabia.”

The Abbey was not alone in paying this form of tribute to the late Saudi monarch; Buckingham Palace and Whitehall did the same. But it was the Abbey’s gesture that was most striking. Here at the “sacring place of the kings of England,” the Union Jack — composed, it may be recalled, of the crosses of St. George, St. Andrew, and St. Patrick — was lowered to half-staff in memory of a king in whose realm the public practice of Christianity is a criminal activity and Christian missionary work can get you condemned to death.

It seems unlikely, to put it gently, that the dean and chapter of Westminster Abbey were being ironic.

What they were being was pusillanimous. And that pusillanimity is the direct result of what Waugh saw coming during World War II, when the Abbey was used to honor Stalin, a mass murderer of Christians. Emptied of real religious and moral content (first by liberal theology, then by indifference), Christianity becomes a parody of itself and the void left in previously Christian cultures is filled by the political correctness of the day.

The same phenomenon was, alas, one of the undercurrents in the recent mass demonstrations in Paris after the Charlie Hebdo murders. And it is lethal for Europe and its future.

The now-ubiquitous trope notwithstanding, Charlie Hebdo is not and never has been a “satirical” magazine. Satire, properly understood, has to do with popping balloons filled with the hot air of the vain, wicked, and pompous. Charlie Hebdo is a different matter. It’s not Mad magazine with a mordant tone and a veneer of French sophistication; it’s a magazine infused with the spirit of nihilism, in which all religious belief is treated as psychosis, all serious moral conviction is regarded as fanaticism, and pornographic depictions of the Trinity are deemed an appropriate way to display the editors’ disdain for the French Catholic hierarchy’s rejection of the fiction of “gay marriage.”

That Charlie Hebdo is nihilist is, of course, no excuse for homicide. But the magazine’s content does raise the question: Just what were all those people saying when they said, “Je suis Charlie”? I’d like to think that they weren’t making a profession of faith, as it were, in nihilism — and vulgar, adolescent nihilism at that. Still, if the great majority thought they were affirming the right of free speech as a non-negotiable component of liberté, égalité, and fraternité, on what basis were they asserting that such a right existed? Or that freedom, fair-dealing, and solidarity were noble aspirations for any decent society? On the basis of the inalienable rights of the Imperial Autonomous Self?

Good luck trying to build solidarity out of that. Ditto for trying to summon the national and cultural will to resist jihadist Islam. If you can’t beat something with nothing, you certainly can’t beat something with nothingness. But nothingness is precisely what is on offer at Charlie Hebdo, and thus the proud boast “I am Charlie Hebdo” inevitably, over time, rings hollow.

Great Britain and France are both in grave danger of becoming new and extremely bloody fronts in the jihadist war against the West, not simply because Islamic State and al-Qaeda recruiting in the two countries has a kind of feedback loop built into it, such that native-born British and French Muslims, radicalized in their own countries and then sent to Syria and Iraq to be trained in the lethal arts of mayhem, are returning home to open new campaigns in their war against the West. That’s a part of the problem, to be sure. But the deeper problem is the abandonment of any morally informed cultural self-defense by the United Kingdom and France, which seems, to me at least, a direct result of their radical secularization — or, to put it another way, their thoroughgoing de-Christianization.

For well over a decade now, there have been considerable swaths of sovereign British and French territory where the writ of British or French law does not run: Muslim neighborhoods in which the authorities deliberately turn a blind eye to abductions for forced marriages and to so-called honor killings. The idea behind this abdication of responsibility is probably not much more complicated than what might be called the Rodney King Theory of Law Enforcement: “Why can’t we all just get along?” British and French authorities do not enforce the laws of their respective countries in these Muslim enclaves because they are making a tacit bargain with the inhabitants of those enclaves: We’ll let you live by your own legal system, and you’ll leave us alone.

But as the Charlie Hebdo murders demonstrate, and the London subway bombings should have demonstrated years ago, it doesn’t work that way. Islamist radicals will not keep their end of the putative bargain because they sense, correctly, that there is fear here: fear that can be exploited. And while they’re unlikely to have read Nietzsche, those same Islamist radicals can sense that the nihilism eroding Western culture in the name of tolerance and autonomy is leaving those cultures and societies uniquely vulnerable to mayhem.

British and French authorities who cannot bring themselves to enforce the law in their own countries clearly do not believe in the superiority of their law over sharia law. They may have convinced themselves that they are merely being prudent. But their unwillingness to enforce the law in concrete circumstances — even when those circumstances include the grave crimes of kidnapping and murder — suggests that, at bottom, they cannot give an account of the superiority of British and French law over the social norms and legal ideas prevalent in seventh-century Arabia.

And why can’t they give that account? Because the vacuum in what was once the Christian culture of those societies has been filled by a kind of nihilism: perhaps not the hard-edged nihilism of Charlie Hebdo, but nihilism nonetheless — the soft nihilism (and attendant moral relativism) that can affirm “your truth” and “my truth” but nothing properly describable as “the truth.”

Absent the conviction that the West, its way of life, and its laws are based on truths available to all, the West is culturally disarmed. And so, absent the weapons of conviction, signals pleading, “Leave us alone, please,” are sent. Signals like flying the Union Jack at half-staff at Westminster Abbey in honor of a monarch who forbade the importation into his kingdom of the Bible read in that venerable church.

That kind of pusillanimity masquerading as respect cannot be the basis on which Europe defends itself against jihadism. Evelyn Waugh called the third book in his trilogy Unconditional Surrender: another reason to think back on that book in light of last week’s events at the former Benedictine abbey where Waugh began his story.

— George Weigel, Distinguished Senior Fellow of Washington’s Ethics and Public Policy Center, is the author of many books, including The Cube and the Cathedral: Europe, America, and Politics Without God (Basic Books).

This article was originally published on National Review Online
http://www.nationalreview.com/article/397326/westminster-abbey-and-charlie-hebdo-george-weigel

Campaign 2012: What Kind of Country Do You Want? 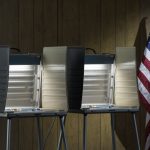