[EPPC Senior Fellow George Weigel appeared on ABC News’s This Week with George Stephanopoulos on November 29, 2004. We have excerpted below Mr. Weigel’s comments from the program’s transcript.]

One of the defining moments in this campaign, it seems to me, is when Senator Kerry said he believed as a Catholic that life begins at conception. Now, that’s not a peculiarly Catholic notion. That’s a matter of biology, but he believed that “as a Catholic,” he said, and then said, this will have absolutely nothing to do whatsoever with my approach to the public policy issues involving questions of human life. There’s a huge disconnect there and I think people are properly uncomfortable with public officials who say, “My most deeply held religious and moral convictions are going to be bracketed when I come into the public square.”

On Religion and Public Life

Let me just get back to this question of the incoherence of Senator Kerry’s position, not because we want to beat up on Senator Kerry — he’s had a tough month. But let’s look at this in terms of the broader dynamics of American public life. The greatest movement of publicly effective moral renewal in the lifetime of most Americans was, of course, the civil rights movement in its classic period. This was almost entirely driven by religious conviction, brought into the public square in a way that everybody could engage the argument and not feel cut out, not feel apart from the conversation. That’s the challenge for the pro-life movement in the next ten years, to make clear that this is the great civil rights issue of our time and to make people feel part of the conversation over what it means to be in an inclusive community in which we’re constantly broadening the community of those for whom we accept the common responsibility.

You can know some things, George. I think it’s ridiculous to suggest that Biblical faith, Jewish or Christian, tells you whether the top income tax rate should be 30 percent or 28 percent or 27.5 percent. That’s a technical question that does not engage core matters of belief and moral judgment. But we can certainly know that when America declares an entire class of human beings outside the boundaries of legal protection, that’s a very serious moral issue. We can certainly know, as the country demonstrated by the debate prior to the war in Iraq, that the use of proportionate and discriminate armed force in the service of justice, peace and freedom is a serious moral question that we want people to bring their best moral judgment to bear on. So I think you need to divide this into very basic issues of national purpose, if you will, and these technical questions.

I don’t think it was Karl Rove who made these issues the hot button issue. It was Margaret Marshall and the Supreme Judicial Court of Massachusetts who by a 4-3 decision imposed their idea, not only of marriage, but of a whole range of other human relationships on the people of Massachusetts and, hence, inevitably on the people of the country. That’s what put it on the map, and part of what’s going on here, George, it seems to me is a great populist movement. These are people taking back American democracy from courts that have grabbed the decisions on what people rightly understand to be core questions of national identity away from the people.

Whether Political Engagement Harms the Church

I think it’s always a temptation for the Church to embrace Caesar, if you will, too closely and the Church needs to deny itself. The Church needs a self-denying ordinance here that it’s not going to pronounce on technical questions of taxation, for example, which I mentioned before. I think the Church and its people also have a responsibility, when they speak in public, to speak in ways that our fellow citizens who may not share our particular theological convictions can engage. We need a public language to bring these moral values and norms and issues into public life. But, yes, the Church must always be aware of the fact that the fulsome embrace of the state is a terrible problem.

This article was originally published on ABC News
http://abcnews.go.com/ThisWeek/ 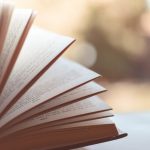