Writing in the May 21 issue of America, Bishop Donald W. Trautman of Erie, chairman of the U.S. bishops’ Committee on the Liturgy, called the lay people of the Church to the barricades, urging us to “speak up!” in response to the new translations of Mass texts being developed by the International Commission on English in the Liturgy. I’d like to take the bishop on his generous invitation, even if my remarks may not be precisely the kind he intended to provoke.

Bishop Trautman worries that the new translations are just, well, too darn much for “John and Mary Catholic,” whose participation in Sunday Mass will, he suggests, be impaired by a translation of the Creed that describes the Son as “consubstantial with the Father” and “incarnate of the Virgin Mary.” But that’s hardly the end of it. Will “John and Mary Catholic,” Bishop Trautman asks, “understand these words from the various new Collects: ‘sullied,’ ‘unfeigned,’ ‘ineffable,’ ‘gibbet,’ ‘wrought,’ ‘thwart’?” What will “John and Mary Catholic” make of the Collect for June 27, which hails St. Cyril of Alexandria as “an unvanquished champion of the divine motherhood”? Can they grasp the depiction of St. John of God on March 8 as “suffused…with the spirit of mercy”?

My hunch is that they’ll do just fine. “John and Mary Catholic,” in these United States, are among the best-educated Catholics in history. In my rather typical parish, “John and Mary”  can understand legal contracts, Russian novels, architectural plans, IRS forms, the Atlantic Monthly, columns by George F. Will, the calculations necessary to compute an Earned Run Average, their children’s math homework, the Federal Register, New England Journal of Medicine articles on osteoporosis therapies, the fine print of their pension plans, and Sports Illustrated stories on the Cover-2 Defense; they’re not going to come unglued over “unfeigned” or “consubstantial” or “thwart.” In a word, they’re not morons.

John and Mary are also smart enough to have figured out that the present translation of the first Collect for Trinity Sunday is heresy (it’s addressed to the Father, who’s informed later in the prayer that he is “one God in three Persons”). Having read Paul’s letter to Titus, John and Mary may wonder why, at each Mass, the translators Bishop Trautman evidently prefers have transformed a theological fact (“our blessed hope, the appearing of the glory of our great God and Savior, Jesus Christ” [Titus 2.13]) into an emotional condition (“…as we wait in joyful hope for the coming of our savior…”). And no matter what Latin John and Mary may have forgotten — or never learned — they’ve been scratching their heads for forty years over how “Et cum spiritu tuo” became the supremely clunky “And also with you.” The list could be multiplied ad infinitum and ad nauseam —  phrases John and Mary Catholic readily understand.

A witty, post-Vatican II Anglican convert to Catholicism was once asked what he missed most about his former ecclesiastical home. “The Mass in English,” he immediately replied. Bishop Trautman is clearly a man of intelligence and learning, so it’s all the more puzzling why he seems to defend the indefensible. For how can anyone with a sense of the majesty of the English language defend the See-Spot/See-Spot-Run vocabulary and syntax the new ICEL translations are intended to replace?

Are there clunkers in the new translations? Undoubtedly. But will ICEL’s attempt to restore the sacral vocabulary and linguistic rhythms of the Roman Rite to Catholic worship within the Anglosphere destroy our ability to pray as a community? Please; we’re not morons. I’d even venture the guess that prayers translated with far more fidelity to the Latin originals will be a step toward a deeper, more prayerful encounter with what Bishop Trautman rightly calls “the greatest gift of God, the Eucharist.”

Bishop Trautman would likely agree that, as a general principle, “pastoral” doesn’t mean “dumbed-down.” Yet that’s precisely the strategy many professional liturgists have advocated in the post-Vatican II translation wars. I, for one, am grateful that they’ve lost the argument.

Because we’re not morons, and we shouldn’t be treated as such. 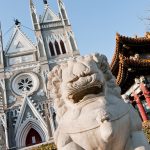 Doubling Down on a Bad Deal