BY AUGUST 1950, Secretary of State Dean Acheson had taken all he could stand from those congressional critics whom he privately dismissed as “the primitives.” So when Nebraska Sen. Kenneth Wherry leaned across a hearing table and wagged a finger, Acheson blew up. He leaped to his feet and demanded that Wherry not “shake his dirty finger in my face.” Wherry said he’d do as he pleased. “By God, you won’t,” Acheson hollered — and prepared to land a haymaker until restrained by State Department legal counsel Adrian Fisher, a former college football player.

I couldn’t help thinking of that scene from Walter Isaacson and Evan Thomas’ multi-biography, “The Wise Men,” last week. Secretary of State Condoleezza Rice is, one suspects, far too polite to respond Acheson-style to the indignities she absorbed during her first appearance before the Senate Foreign Relations Committee. But would anyone have blamed her if, in response to Chuck Hagel’s ambitions or Barbara Boxer’s personal nastiness, she had said something like this:

“Look, senators, there are real consequences to our ‘ending the war’ in Iraq, as the new speaker of the House has put it — rather glibly, if I may say. Those consequences include a bloodbath, chaos throughout the Mideast and perhaps the emergence of an apocalyptic maniac in Tehran as the regional hegemonist. Do you think that would play well in Omaha? Or Sacramento? I don’t. In any event, I’ve got important things to do, and they don’t include sitting here acting like my mother’s pin cushion. I’ll be back when you’re ready to get serious. Impeach me if you like. They pay a lot better at Stanford.”

The recent sound bites out of Congress, and the anti-surge resolution introduced in the Senate on Wednesday, may be comforting to Democratic partisans and Republicans who’ve bailed out on President Bush. And no doubt the administration made serious mistakes in Iraq after the major combat phase of the war ended. Yet one can make the case (though Republicans seem curiously reluctant to) that the November election led to genuine soul-searching in the executive branch. A new secretary of Defense is in office; Army Lt. Gen. David H. Petraeus, a man with a proven record in Iraq, will be the new military commander there; and the president has offered a new strategy for success. Since assembling on Jan. 4, Congress, however, seems stuck on last fall’s script.

Modern history suggests that Congress is a particularly blunt — and not terribly effective — instrument for making foreign policy. Congressional skepticism and partisanship drove the United States back into isolationism after World War I, which probably made World War II more likely. The House of Representatives came close to dismantling the Army just four months before Pearl Harbor, passing by only one vote the bill that kept draftees in the service for more than just 12 months.

President Eisenhower had a hard time persuading a Republican Congress to provide funds adequate for waging the Cold War. On the one hand, Congress wrote a blank check for the executive branch with the 1964 Gulf of Tonkin resolution. On the other, it encroached on the executive’s sphere of responsibility by embracing the nuclear freeze movement in the 1980s.

Strategic myopia seems institutional. House members on a short electoral leash, and the many senators who imagine themselves president in an era of ever-shortening election cycles, are not well positioned to think in terms of long-term strategies or to fit appropriate tactics to those strategies.

Congress is a necessary and useful check on executive arrogance and a good barometer of the public’s mood, to which any thoughtful president must attend. Still, in the midst of a global war against jihadism that’s going poorly on one front — Iraq — it’s disheartening to see senators grandstanding when genuine inquiry is required. It is also worrisome to watch the ethics committees ramping up, the usual Washington prelude to policy differences being turned into attacks on the integrity of individuals (or worse, criminalized).

Congress can do better than this. This Congress must do better, given the magnitude and complexity of the issues involved in a multi-front contest with global jihadism that has nonmilitary as well as military dimensions.

This article was originally published on Los Angeles Times
http://www.latimes.com/news/opinion/la-oe-weigel20jan20,0,6624922.story

PrevThe Archbishop and the Secret Police
"Lede" Us Not into ConfusionNext 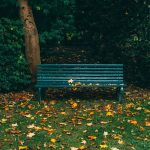 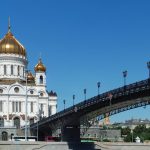 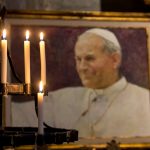