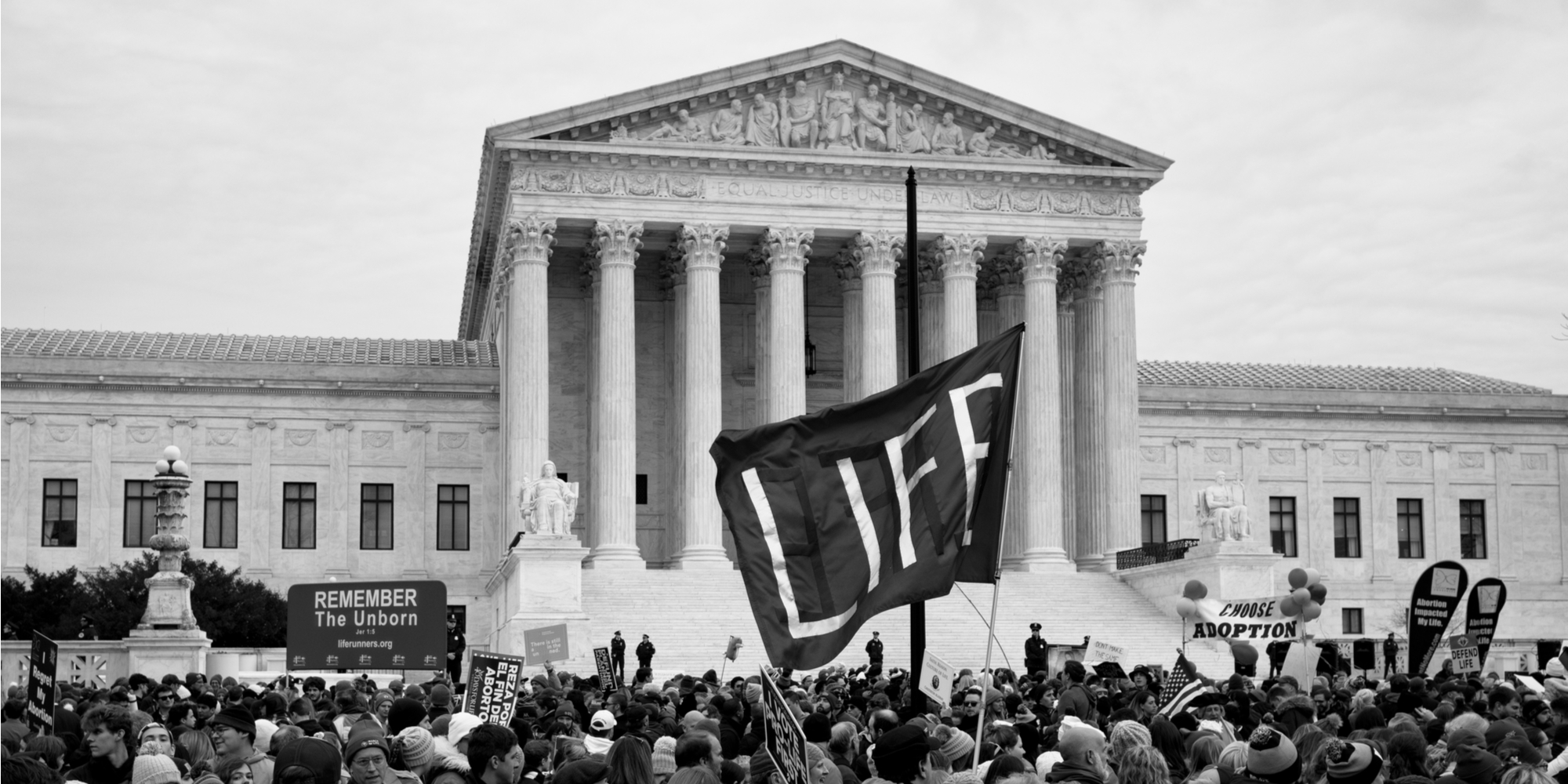 Thoughts on a Pro-Life Picket Line

One of Dr. LeRoy Carhart’s “Clinics for Abortion & Reproductive Excellence”—named to yield the Orwellian acronym CARE—is located about a mile away from my parish in Bethesda, Maryland. Earlier this year, 40 Days for Life prayed daily outside Carhart’s abortuary, which specializes in late-term “terminations.” Parishioners from a number of local churches participated in the 40 Days program, hoping to save some innocent lives and to help women in crisis pregnancies find genuine care.

Forty Days’ presence at the Carhart facility evidently did not sit well with some of the students at a nearby county-run high school. So a “pro-choice drive-by” of Carhart’s clinic was organized in mid-December: Perhaps 15 cars, festooned with posters, circled the parking lot of the office complex in which Carhart conducts his abattoir. Participants in the drive-by may have been surprised that 40 Days for Life, on learning of the plans for this vehicular demonstration, invited pro-life people to conduct a rosary vigil on a sidewalk outside the parking lot, so that the “drive-by” couldn’t avoid people with a different point of view—people who were also marking the feast of Our Lady of Guadalupe, depicted as pregnant on St. Juan Diego’s miraculous tilma.

My wife and I participated in the rosary vigil, along with friends from our parish, other Catholics, and a stalwart if small contingent of Democrats for Life whose presence may have shocked the Carhart supporters. It was an instructive hour, giving me the opportunity to ponder the placards and posters displayed by the drive-by people, their slogans, and the chants of a man and a woman holding up a large banner—“Reproductive Rights = Human Rights”—amidst our rosary-praying group.

To begin with the last: It was striking that, while the 20 or so people in our group were relaxed and as cheerful as the circumstances permitted, the two banner holders were all angry, all the time. Both indulged in Che Guevara-style clenched fist salutes. Both kept hollering the inane slogan, “Keep your Bible off my body,” although it was not clear how that injunction applied to the male half of the team. (He later switched to “Keep your Bible off my Constitution,” a chant suggesting a sad ignorance of the reason-based natural law arguments against abortion.)

Then there was the content of that banner. Whatever else might be said about angry pro-abortion people (whose aggravations seem not to have been soothed by the prospect of the most radically pro-abortion administration in history), they don’t seem to have any sense of irony—or of Newspeak. For how can they claim to be defending “reproductive rights” when their entire enterprise is aimed at stopping reproduction, lethally?

As for the student-participants in the drive-by, their behavior did not reassure me that my tax dollars were being well-spent on their education, and in a county that prides itself on the alleged excellence of its state schools. More than a few of them flipped the finger at us (and thus at the icon of Our Lady of Guadalupe that one of our number carried). Others made a point of taking cellphone videos, perhaps imagining that their new friends in federal power would ship us off to Guantanamo come January 21. One car featured a crude, homemade poster declaring “Never Going Back!” and illustrated by the hoariest of “pro-choice” symbols: a coat hanger crossed out within a circle. Their high school, I surmised, did not acquaint its students with some relevant American history, i.e., Bernard Nathanson’s testimony that, in his days as a pre-Roe v. Wade pro-abortion activist, he and others exaggerated the number of “coat hanger” abortions by many orders of magnitude.

There was no opportunity to engage the drive-by folks. One would have liked to ask the students if they were taught in sophomore biology that the product of human conception is a human being with a unique genetic identity. Or whether they had ever discussed in class that first principle of justice, enshrined in the Declaration of Independence, which tells us that innocent human life deserves legal protection in a just society. Or if they knew exactly what Dr. Carhart did in a late third-term abortion.

Reason rarely persuades angry people, alas. In the tough years ahead for the culture of life, compassionate witness is going to be ever more important: especially the witness of caring for women in crisis pregnancies, too often abandoned by the men who created their crises. No woman in America has to have an abortion; humane, life-affirming alternatives are available. Pro-life people must make those alternatives more visible in 2021.

The KGB Campaign Against Pius XII