Print
The internal struggle within Islam over how it interacts with the modern world has spilled out onto the world stage over the last few years with sometimes disastrous consequences. In the midst of this upheaval, George Weigel is offering his thoughts on the roots of this “intra-Islamic civil war” as well as some policy suggestions in his new book Faith, Reason, and the War Against Jihadism.

CNA had an opportunity to talk with Weigel about his book and discuss the current dialogue with Islam.

Q. Why did you write Faith, Reason, and the War Against Jihadism?

A. In a sense the book began with my reflections on Pope Benedict XVI’s Regensburg Lecture, which identified two serious and linked problems with global impact: faith detached from reason (as in jihadist terrorism, which is based on the irrational notion that God commands the killing of innocents), and a loss-of-faith in reason (which leaves the western world incapable of defending its commitments to religious freedom, tolerance, and civility in the face of the jihadist challenge).

I was also stuck by the fact that, more than half a decade after 9/11, Americans still couldn’t “name” the enemy in this new kind of war in which we found ourselves — and still wouldn’t face the theological roots of Islamist terrorism. So I decided to do something about all of this, adding a number of policy prescriptions that I hope will draw bipartisan support.
Q. Can you summarize the main points in your argument?

Q. Your book paints a rather stark picture of the challenge of jihadism. Is there any good news to report?

A. There’s no sense in fooling ourselves about the gravity of this threat. At the same time, we should understand that fighting the war against jihadism successfully — and this is fundamentally a war of ideas — can be an occasion of national renewal. Making compelling arguments in favor of the free society will reconnect us with the great ideas on which our liberties rest. Putting faith and reason into conversation will strengthen the unity of our diverse society. Defending religious freedom, and supporting those Muslim reformers who seek to make an Islamic case for tolerance and pluralism, reminds us that American civil society is built on truths about the dignity of human life. Energy policies that defund jihadism by reducing our reliance on petroleum as a transportation fuel can ignite entrepreneurial energies, revitalize the American auto industry, and help the environment. Rational homeland security policies can make us safer and less beholden to political correctness.

Q. What do you make of the recent “Letter of 138,” entitled “A Common Word Between Us and You,” addressed by Muslim leaders to Pope Benedict XVI and other Christian leaders?

A. I hope it creates the occasion for a deepened conversation between Catholicism and Islam, but I’m also afraid that the “138” are trying to change the subject — a tactic in which they’re being aided by some craven Christians.

The Pope has made very clear that the Church is interested primarily in talking about two things: religious freedom, and the separation of political and religious authority in the state. As the Pope said in his Christmas address to the Curia in December 2006, these are achievements of the Enlightenment that the Catholic Church worked hard to assimilate, finally doing so at Vatican II.

Unless Muslims can find Islamic warrants for religious freedom and the civil society, aggressive Islamists and jihadists will remain a danger to the world and to their fellow Muslims. That means talking about the things the Pope put on the agenda, not drifting off into platitudes. In my book, I discuss at some length a process of “retrieval and development: by which ancient religious traditions can “grow” their understanding of their roles in modern society. That’s what the Catholic Church did from Leo XIII through John Paul II. And that’s what the Islamic world must do today: for its sake, and everyone else’s.

This article was originally published on Catholic News Agency
http://www.catholicnewsagency.com/new.php?n=11412 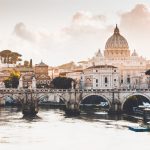