The Vatican and the Lefebvrists: Not a Negotiation

Prior to the opening of formal conversations between officials of the Holy See and leaders of the Lefebvrist Society of St. Pius X (SSPX), which began on October 26, the mainstream media frequently misrepresented these discussions as a negotiation aimed at achieving a compromise that both sides can live with. That was to be expected from reporters and commentators for whom everything is politics and everything is thus negotiable. Alas, similar misrepresentations came from “Vatican insiders” who suggested that the teaching of the Second Vatican Council was under joint review by the Holy See and the SSPX, which only made matters worse.

Here is what's going on here, and what isn't.

1. The conversations between leaders of the SSPX and the Holy See are just that: conversations. These are not negotiations, for there is nothing to be negotiated; nor is this a dialogue between equal partners. On the one hand, we have the Bishop of Rome and those curial officials whose work is an extension of his papal office; on the other hand, we have a society of clergy who have been living in disobedience to the Roman pontiff for decades, and their lay followers, many of whom are more confused than willfully schismatic. The purpose of these conversations is to make clear what the Second Vatican Council taught (especially about the nature of the Church), to listen politely to what the SSPX has to say, and to invite the SSPX back into the full communion of the Catholic Church, which the SSPX broke in 1988 when Archbishop Marcel Lefebvre committed the schismatic act of illicitly ordaining bishops without the authorization of the Roman pontiff (and against the direct, personal pleas of John Paul II).

2. Despite what some “Vatican insiders” have said, these conversations do not represent a bold initiative by the Holy See; and despite the carping from the mainstream media, these conversations are not a craven papal concession to the demands of angry traditionalists whose dissent from Vatican II Benedict XVI is alleged to share. Rather, the conversations now underway are an act of pastoral charity by the Pope, who is quite clear about the settled doctrine of the Church and who wishes to invite all, including members of the SSPX, to adhere to that doctrine. Nor is this about mutual enrichment; it is not easy to see how the Catholic Church is to be theologically enriched by the ideas of those who, whatever the depth of their traditional liturgical piety, reject the mid-20th century reform of Catholic thought of which Joseph Ratzinger was a leader. The Pope is under no illusions on this score; his purpose is to invite the SSPX back into full communion, thus preventing the schism of 1988 from becoming a permanent wound in the Mystical Body of Christ. 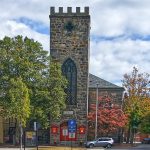 Salem and the Smoke of Satan 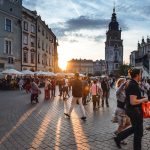