Rome–My friend Alejandro Bermudez, capo of the Catholic News Agency and a shrewd observer of ecclesiastical affairs, told me something during the 2005 conclave that I’ve tried to remember–and to impress upon others. Every conclave, Alejandro said, is a unique microculture, and you can’t predict what will happen within it simply by reading the pre-conclave tea leaves. Things happen inside conclaves, away from the world and the buzz, that can shape papal elections–and pontificates–in surprising ways.

History bears that out.

In 1903, for example, Pope Leo XIII’s secretary of state, Mariano Rampolla del Tindaro, was a clear frontrunner going into the conclave: He had been Leo’s right hand during the last decade and a half of a reforming pontificate and was widely thought to be the natural successor to his patron. Yet the conclave was stunned when Jan Cardinal Puzyna, bishop of Cracow (then a city in the Austro-Hungarian Empire), pronounced a veto against Rampolla by Emperor Franz Joseph–a modern exercise of the ancient ius exclusivae (right of exclusion) that Catholic monarchs traditionally wielded in papal elections.

The conclave was thrown into turmoil; some insisted that, in a 20th-century conclave, there was no place for state vetoes. Rampolla, understandably, protested; but when the dust settled his candidacy was finished, and in the somewhat bitter proceedings that followed, the cardinals turned in the opposite direction, away from a diplomat-prelate, to Giuseppe Sarto of Venice, a man of deep piety and extensive pastoral experience, who became Pope Pius X–and later, the first pope canonized since Pius V. (According to one tale from 1903, one of the electors who talked a very reluctant Sarto into accepting the papacy was James Cardinal Gibbons of Baltimore. Among the first acts of Pius X’s pontificate was the abolition of the ius exclusivae.)

The following conclave, in 1914, was another donnybrook, between anti-Modernist forces and those who sought to reinstate the reformist approach of Leo XIII. At the end, the leader of the losing party, Rafael Cardinal Merry del Val, challenged the validity of the election of his arch-enemy, Giacomo Cardinal della Chiesa (Rampolla’s former assistant), on the grounds that della Chiesa had voted for himself in an election decided by one vote. So della Chiesa sat in the Sistine Chapel, in a state that can only be imagined, while all the ballots were reopened and it was determined that he had not, in fact, cast the vote that had given him a two-thirds supermajority–and thus was duly elected pope. When the cardinals came up to kiss the new pope’s foot, knee, and hand (a ritual that has been abolished), Benedict XV looked into the face of Merry del Val, the man who had just publicly humiliated him, and said (without, one expects, much warmth), “The stone that the builders rejected has become the cornerstone.” Not without a certain aplomb, Merry del Val looked into the new pope’s face and responded with the next verse of Psalm 118, “This is the Lord’s doing, and it is marvelous in our eyes.” Benedict XV was not mollified, and Merry del Val was swiftly ejected from the Vatican.

John XXIII’s election in 1958 demonstrated another conclave dynamic that might have some relevance to the conclave of 2013. It was a wide-open election, with some cardinals wanting to extend, so to speak, both the policy and the style of Pius XII, and others wanting to sweep out the rooms of the Apostolic Palace, let in some fresh air, and take a different approach to the Church’s engagement with the 20th century. A small but disciplined bloc of French cardinals, committed to forwarding the candidacy of the former nuncio to Paris, Angelo Cardinal Roncalli, hung in for ballot after ballot until they had assembled a winning coalition.

The second conclave of 1978 was even more dramatic, and provided yet another example of how each conclave microculture is unique. The first conclave of 1978, brilliantly organized behind the scenes by Giovanni Cardinal Benelli of Florence, Paul VI’s former chief of staff, had swiftly elected the hitherto obscure Albino Cardinal Luciani of Venice in one day. Then John Paul I died after a 33-day pontificate and the College of Cardinals was spiritually and psychologically traumatized. As one elector in the 1978 conclaves put it to me years later, the sudden death of John Paul I was “a message from the Lord, quite out of the ordinary. . . . This was an intervention from the Lord to teach us something.” And the lesson learned was that the Italian hegemony of the papacy could be broken after 455 years, given the availability of a charismatic Pole named Karol Wojtyła, who was elected as John Paul II.

But if unexpected dynamics develop within the conclave microculture, both through human interaction and, Catholics believe, by the work of the Holy Spirit (which two electors told me they felt, palpably, in the second conclave of 1978), there can still be pre-conclave indicators of where the principal fault lines in a papal electorate will lie.

In 1903, before the shock of the emperor’s veto, the chief fault line lay between pro-Leo XIII reformers and pro-Pius IX intransigents (specially on the question of the Holy See’s relationship to the unified Kingdom of Italy). That division replicated itself in 1914. The basic question that sorted out the electors in 1963 was whether John XXIII’s summoning of the Second Vatican Council had been a good idea or not; the pro-conciliar party won by electing Giovanni Battista Montini as Paul VI (but only after a close friend of John XXIII, Gustavo Cardinal Testa, had gotten up in the Sistine Chapel and read the riot act to the anti-conciliar faction).

The conclave of 2013 has its own unique framework, within which those unexpected intra-conclave dynamics will emerge and play themselves out. It’s not the old post-Vatican II progressive vs. conservative division; one of the most striking things about this conclave is that there is no progressive candidate, as there was in 2005. No, the framework-setting issue for this conclave is different: It’s the division between Old Church and New Church, between institutional-maintenance Catholicism and Evangelical Catholicism. And along that fault line there are two different approaches to what is indisputably a major issue as the conclave is enclosed: the reform of the Roman Curia.

The party of institutional maintenance would likely favor some tinkering with the Vatican bureaucracy, chiefly in terms of increased competence at the highest levels of curial leadership. The evangelical-Catholic forces want a root-and-branch reform that would dramatically change the Curia’s institutional culture (as well as ramping up the competence of its senior leadership), so that the Church’s central administrative machinery makes its own important contribution to the New Evangelization. And within that difference of approach lies another burning question: What is to be done about various unmistakable issues of corruption that were surfaced, if in a sleazy way, in the Vatileaks affair? Again, the party of reform–the evangelical-Catholic party–would favor a swift housecleaning, by analogy to FDR’s 100 Days, while the institutional-maintenance party would, most likely, deal with the most egregious offenses (and offenders) without addressing what seem to some to be systematic patterns of decay.

The fundamental direction of 21st-century Catholicism seems set: Whether the venue is Africa, Asia, Latin America, or the North Atlantic world, the Catholicism with a future is a robustly evangelical, dynamically orthodox Catholicism that invites the world into friendship with the Lord Jesus Christ, that defends the dignity of every human life and the “first freedom” of religious liberty for all, and that models a more humane way of life amidst the chill winds of postmodern nihilism and skepticism. The question that will begin to be answered when the white smoke goes up is whether that process of deep Catholic reform, in the service of profound conversion and renewed evangelical energy, will be accelerated by the new pope.

This article was originally published on National Review Online
http://www.nationalreview.com/articles/342726/unique-conclave-microculture-george-weigel 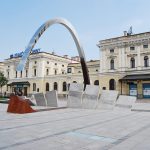 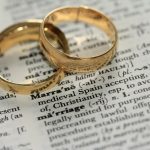