Thirty years ago, on August 31, 1980, an electrician named Lech Walesa signed the Gdansk Accords, ending a two-week-old strike at that Hanseatic city's Lenin Shipyards. Walesa signed with a giant souvenir pen featuring a portrait of John Paul II. The choice of pen was not, as Marxists might have said, an accident. Neither was the distinctive revolution that unfolded in the wake of the Gdansk Accords, which were forged over two weeks of high drama in on Poland's Baltic coast.

The Accords were the pivot between John Paul's Polish pilgrimage of June 1979 and the rise of the “Independent Self-Governing Trade Union Solidarity” in September 1980. Fourteen months before the strike, John Paul II had ignited a revolution of conscience that had inspired countless numbers of people to “live in the truth,” to live “as if” they were free — as the period's mottoes had it. “Living in the truth” gave a special texture to the Gdansk Accords, which in turn led to the unique social and political phenomenon that was Solidarity.

There had been labor unrest in Poland in 1953, 1956, 1968, 1970, and 1976. In each instance, the Polish communist regime pacified the workers (in whose name these Marxists putatively ruled) by a combination of divide-and-conquer tactics, economics bribes (usually involving food prices), and brutality. 1980 was different, and the difference that made 1980 different was the John Paul II difference — a moral difference.

I try to capture that difference in The End and the Beginning: John Paul II — The Victory of Freedom, the Last Years, the Legacy, which Doubleday will publish on September 14:

[This] moral difference showed itself almost immediately as the Gdansk shipyard strike broke out on August 14, 1980. It was an occupation strike, in which the workers took over the entire shipyard complex, thus creating an oasis of free space in the totalitarian system. Rigorous discipline was maintained, aided by an absolute ban on alcohol in the yards. Religious seriousness was manifest, publicly evident in open-air Masses and confessions. Perhaps most crucially from the point of view of what followed, the workers, having been tutored by John Paul II in the larger meaning of their dignity as men and women, refused to settle for the economic concessions the regime quickly offered.

Thus on the night of August 16-17, the Inter-Factory Strike Committee [MKS] was established to publish a broader set of demands, including the establishment of independent, self-governing trade unions…The famous “21 Points” agreed upon by the MKS presidium…emphasized economic change while including a full menu of basic human rights, specifically mentioning, among others, freedom of speech, freedom of the press, and an end to discrimination against religious believers “of all faiths” in terms of access to the media. The goals of dissent had been enlarged and deepened; as one worker-poet would put it a few months later, “The times are past/when they closed our mouths/with sausage”.

Solidarity's tumultuous path over the next nine years paved the way for the Revolution of 1989, the (largely nonviolent) collapse of European communism, and the demise of the Soviet Union in 1991. There were endless arguments as Walesa and the Solidarity leadership wrestled with the inevitable turbulence of a new trade union that was also a mass social movement and a de facto political opposition — in a society where the communist party and the state apparatus it controlled tried to occupy every available inch of social space. That the Catholic Church in Poland had tenaciously maintained its independence for thirty-five years in this suffocating social and political environment helped make Solidarity possible; the Church's independence also helped provide a protected space in which the movement could continue after Solidarity-the-trade-union was dissolved, under the martial law martial law imposed on Poland on December 13, 1981.

During its epic period, Solidarity was a unique blend of moral and intellectual conviction, economic good sense, political shrewdness, and personal courage, all of which were shaped by the social doctrine of the Catholic Church and the personal witness of John Paul II. Its example should inspire free people, and those who aspire to freedom, everywhere. 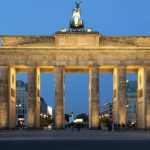 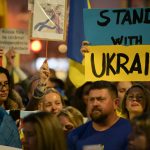