“Ever has it been thus,” veteran U.N.-watchers may be thinking. But there does seem to be something new, or at least intensified. The Copenhagen Declaration’s commitment to “full gender equity and equality” (never defined, it need hardly be said), the Copenhagen Programme of Action’s commitment to “improving the status of the single parent in society,” and the Beijing Draft Platform for Action’s description of motherhood and homemaking as “interruptions [presumably of the real business of life] for caring responsibilities” (platform item #73) are three indicators of a particularly virulent new strain in the U.N. human rights “system.” The themes of this new attack on the classic concept of “universal and inalienable human rights” were on full display in the debates leading up to the September 1994 Cairo International Conference on Population and Development.

The Cairo Conference was the third in a series of decennial international population conclaves. Its predecessors in Bucharest (1974) and Mexico City (1984) had left unchallenged many of the scientifically untenable myths about “overpopulation” and the relationship between population and economic development that had long been propagated by population-control interests such as International Planned Parenthood and the U.N. Fund for Population Activities.2 Yet those two conferences did at least stick to the assigned topic. Cairo was intended to be different.

In the run-up to Cairo, a powerful coalition formed, composed of representatives of several Scandinavian and western European countries, U.N. and World Bank population-control agencies, and feminist, environmentalist, and anti-natalist non-governmental organizations (NGOs), and led by the Clinton Administration’s undersecretary of state for global affairs, Timothy Wirth. This coalition sought to engineer a dramatic shift in the focus of the Cairo conference. The packaging (“Population and Development”) would remain; but the key issues would become the earth’s “carrying capacity,” “gender equality, equity, and empowerment of women,” and “reproductive rights.”

Which, not to put too fine a point on it, amounted in practice to an attempt to use international law and Western foreign aid programs to establish the sexual revolution as lived in Hollywood and Stockholm as the model of progressive human culture throughout the world in the twenty-first century.

The key to this effort was the attempt, at Cairo, to enshrine in international human rights law the notion of “reproductive rights,” a self-contradictory euphemism by which was meant an internationally recognized right to abortion-on-demand, at any time during a pregnancy, for any reason whatsoever. This intention was made plain by a cable sent to all U.S. diplomatic stations oh March 16,1994, in which Secretary of State Warren Christopher stated that “the U.S. believes that access to safe, legal, and voluntary abortion is a fundamental right of all women.” The cable went on to urge American diplomatic representatives abroad to make plain to their host governments that getting “stronger language on the importance” of “abortion services” into the final report of the Cairo Conference was a priority issue for the United States.

The draft document for the Cairo Conference was produced at an April 1994 Preparatory Commission meeting held at U.N. headquarters in New York under the chairmanship of Dr. Fred Sai—usually introduced as the “representative of Ghana,” but in real life, as it were, the president of the International Planned Parenthood Federation. The draft document followed the radicals’ game-plan carefully. It tried to mask the proposed internationalization of the most extreme form of the sexual revolution by employing the familiar pattern of U.N. Newspeak, so that coercive family-planning policies became “fertility regulation” and abortion-on-demand was transmuted into “safe motherhood” and “reproductive rights.” But the document’s use of the phrase “the family in its various forms,” its studied silence about any possible link between sexual activity and marriage, and its treatment of sexual activity after puberty as a right to be exercised at will suggested that something very serious indeed was afoot.

In a contradiction familiar to American veterans of the abortion wars, the Cairo draft document also married “reproductive rights” to a program of large-scale state coercion. The draft document mandated governments to override parental prerogatives in the matter of adolescent sexual education (that is, “social barriers to sexual and reproductive health information and care”), and called for state intrusion into the doctor-patient relationship: after warning that “health-care providers” must not “restrict the access of adolescents to the services and information they need,” the document required states to ensure that those “providers” have the proper “attitudes” toward their teenage patients.

The Cairo draft document also had a nasty totalitarian edge. Governments were instructed to “use the entertainment media, including radio and television soap operas and drama, folk theater and other traditional media,” to proselytize for the U.N.’s ideology of “reproductive rights.” And to insure that recalcitrant males got the word, the draft document mandated governments to institute propaganda programs on behalf of “reproductive rights” and “gender equity” that would “reach men in their workplaces, at home, and where they gather for recreation”; adolescent boys were to be “reached through schools, youth organizations, or wherever they congregate.” In short, there was to be no area of life—home, school, workplace, local gym, playground—into which state-sponsored propaganda on “reproductive rights and reproductive health” did not intrude. It was a vision reminiscent of the madnesses of Nicolae Ceausescu and Mao Zedong, one at utter cross-purposes with any plausible understanding of “universal and inalienable human rights.”

As things turned out, a global campaign of resistance to the Cairo draft document, initiated by John Paul II in the summer of 1994, was emblazoned on the front pages of the world’s newspapers when Pakistani prime minister Benazir Bhutto dramatically rejected the New Libertinism in her speech on the opening day of the Cairo Conference; and in the days that followed, the worst of the draft document’s language was stripped away or altered. The conference refused to endorse a universal “right to abortion,” and the final Cairo document stated that “in no case should abortion be promoted as a method of family planning.” The most egregiously euphemistic language about the structure of the family was altered, so that the final document cannot reasonably be appealed to in defense of a putative “right to gay marriage.” And, while the final document nowhere discusses in appropriate detail the importance of families rooted in stable marriages for the health and well-being of children, it does reaffirm the natural rights and responsibilities of parents toward their teenage children.

Cairo was, then, a defeat for those who would add to the U.N.-approved list of “human rights” an entire new category of “reproductive rights,” which amount, in practice, to an inalienable right to sexual license that would trump virtually all other rights-claims. As a Dutch NGO delegate to the April 1994 Prep-Com meeting put it, with admirable directness, “We’re talking about the right to have sex with anyone we wish, when we wish, how we wish.” (It was pointed out that this constituted a working definition of rape, but the Dutchman was undeterred.) And while Cairo made it clear that billions of people around the world do not endorse this kind of libertinism, we may expect that the “reproductive rights” agenda will be vigorously pursued (under new euphemistic guises, perhaps) at the Copenhagen Social Summit and, even more dramatically, at the Beijing World Conference on Women.

Why, even after the defeat of the libertines at Cairo, are further battles over “reproductive rights” a virtual certainty?3 Because this notion of “reproductive rights” has become the vehicle by which an international elite committed to the concept of “personal autonomy” as the be-all and end-all of human existence seeks to impose its anthropology and moral philosophy on all of humanity. That this concept of the imperial autonomous Self, the great god, is the purebred result of the very narrowest of Western intellectual and cultural elites; that it is most powerfully embodied in a radical feminism that is widely rejected even in the societies from whence it has sprung; and that, triumphant, it would corrode the foundations of every traditional moral system on the planet—none of this is of much consequence to those, at the U.N. and in the feminist NGOs that now play such a large role in the U.N. “social” affairs apparat, who are most determinedly pushing the “reproductive rights” agenda. In their work, the old Socialist Left, with its dreams of state-sanctioned social engineering, and the new Lifestyle Left, committed to radical individual autonomy as the essence of liberty, have joined in common cause. Unable to actualize their agenda in national legislatures, where real politicians make real decisions, they have now turned to the U.N. system for forwarding the brave new world they are determined to create. 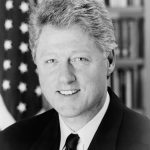