It is a measure of how quickly and completely the Cold War (to say nothing of its roots in 1945 or 1914) has dropped off the American radar screen that at the time of the fiftieth anniversary of V-E Day earlier this year there was no real argument about the endgame of World War II in Europe.

What about Yalta, and the impact, not only of FDR’s physical incapacities, but of his misreading of “Uncle Joe” Stalin? What about Supreme Commander Elsenhower’s decision not to race the Russians for Berlin (a tale grippingly told in Cornelius Ryan’s book The Last Battle)? What about the plans for the post-war division and occupation of Germany, which bore heavily on Ike’s concerns about unnecessary American casualties in a march to the Brandenberg Gate? What about the decision (bitterly debated in Britain, but virtually unknown here) to “repatriate” émigré anti-Soviet prisoners of war back to the tender mercies of Comrade Stalin? Given the lack of interest in these issues, not to mention the lack of concern about the serious moral questions they raise, it seems little wonder that there was no public outcry over the Clinton administration’s bizarre decision to snub the British and celebrate V-E Day in Moscow, of all places.

But there has been a sharp debate over the endgame of the Pacific War. And, among many other things, it has reminded us that the sixties are still too much with us.

It seems, for example, that September 2 was not the fiftieth anniversary of “V-J Day,” because that term, according to Clinton administration officials, was too “Japan-specific.” Rather, V-J Day, on the president’s calendar, was designated EOWP Day: “End of the War in the Pacific Day.” (I am not making this up.) And there was more: “celebration” was not the official, U.S.-government-approved sentiment for September 2, 1995. Rather, said one official, “our whole effort in this thing is to commemorate an event, not celebrate a victory.”

As a general proposition, and on matters both foreign and domestic, the Clinton administration usually exhibits the historical awareness of a granola bar. Much of this can be laid at the door of sheer ignorance; after all, when the new best and brightest went to Harvard and Yale and other elite schools, those institutions were in an advanced state of intellectual decadence. But in the specific case of V-J Day, the degradation of history has been caused not so much by an ignorance of history as by the academic distortion of it. 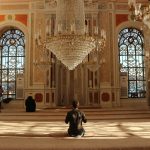 The great Christian witness of our time

On the Thirty-Fifth Anniversary of Thomas Aquinas College