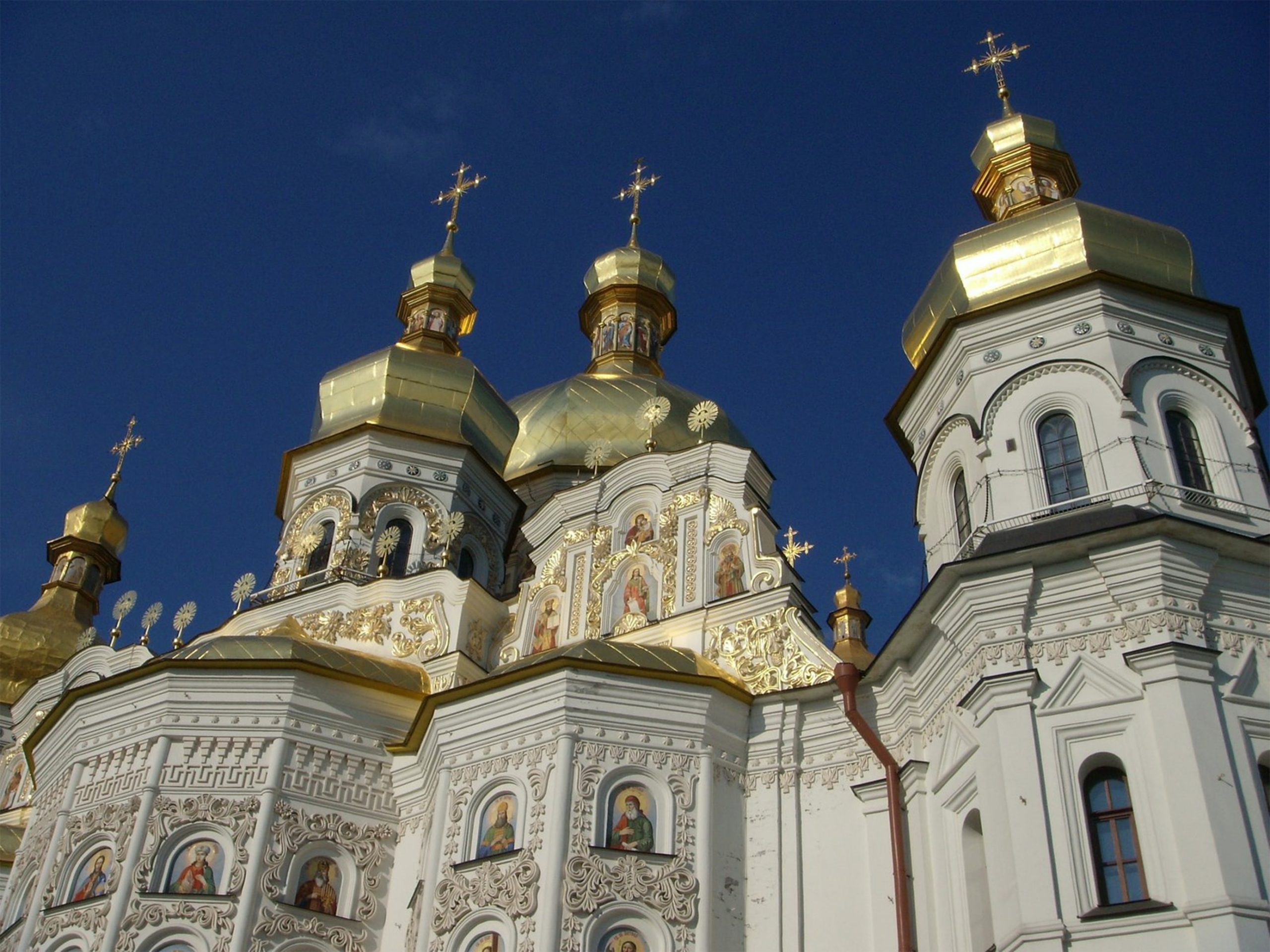 As chilling as morally serious people find Vladimir Putin, his evident pleasure in humiliating his subordinates, and his wanton cruelty in brutalizing those who defy him (be they domestic opponents or countries that refuse to bend to his will), I must confess that I find Putin’s foreign minister, Sergey Lavrov, even more repulsive. In the six decades that I have been following international affairs – dating back to the Cuban Missile Crisis, when the good School Sisters of Notre Dame were showing us how to “shelter” under our desks at Baltimore’s Cathedral School – I cannot remember a more blatant or disgusting liar than Mr. Lavrov. Students of history might have thought that the foreign minister of the Third Reich, the former champagne salesman Joachim von Ribbentrop, had retired the gold medal for foreign ministerial mendacity. Mr. Lavrov has proven them wrong – you can indeed be worse than Ribbentrop.

During a March 3 press conference in Moscow, Lavrov continued to defend the Russian “special military operation” (not “war”) in Ukraine as an effort to “demilitarize” and “de-Nazify” that country, and promised that the “operation” would continue until the “weapons and infrastructure that threaten” Russia are destroyed. The despicable use of the “Nazi” moniker against a country led by a democratically elected president of Jewish heritage has been a constant theme of Lavrov’s propaganda over the past week and more, and is itself cringe-inducing, no matter how often repeated.

But what kind of man, speaking for what kind of regime, sanitizes the conduct of Russia’s war on Ukraine by speaking of destroying the “infrastructure that threatens us?”

What threat to Russia was posed by the regional governmental headquarters in Kharkiv, deliberately destroyed by Russian forces? How did the Holocaust Memorial at Babyn Yar, struck by a Russian missile, threaten Putin and his regime? How do apartment buildings gutted by Russian bombs and missiles pose a threat to the Kremlin? How does the use of cluster bombs and thermobaric vacuum bombs that cause massive casualties in the hundreds if not thousands enhance Russia’s national security? Are the Ukrainian babies being born in bomb shelters, because hospitals are not safe, a threat to Mr. Lavrov and the regime for which he fronts?

The Russian military leadership has never been casualty-averse; World War II Russian hero Marshal Georgi Zhukov used to clear mine fields by marching his infantry through them as if the mines didn’t exist, he once told General Dwight D. Eisenhower. That traditional callousness extends to civilians, as the human toll taken by Russian artillery fire and air strikes in Grozny and Aleppo – and now Kyiv, Kharkiv, Mariupol’, and other Ukrainian cities – has proven.

Yet Putin, Lavrov, and company cannot trust their own people with the truth of what they are doing in Ukraine. On March 2, the Russian defense ministry finally released “official” casualty figures from its “special military operation,” claiming 500 Russian dead. That is at least one-tenth of the true number, and the fact that the Russian forces are accompanied by mobile cremation units suggests that the Putin regime is threatened, not by Ukraine, but by the fear of thousands of body bags returning to Russia and further enflaming civic protests against Putin’s war – protests that continue despite mass arrests and an attempt to shut down all independent reporting on the war in Ukraine.

Further underscoring the Putin regime’s paranoia about its own people, the Russian parliament, so called, will soon consider a law making criticism of the Russian military a criminal offense punishable by lengthy prison terms.

Its blitzkrieg strategy having failed because of fierce Ukrainian resistance and Russian tactical incompetence, it now seems clear that the Russian regime intends to subdue Ukraine by a vicious campaign of attrition aimed at civilians and civilian infrastructure, Putin evidently finding the potential annexation of a smoldering ruin more attractive than further humiliation. That the West must do more to counter this barbarism is obvious. That “more” that includes massive weapons resupply to Ukraine, including drones and other airborne weaponry that can reduce Russian armored columns to heaps of junk. Sanctions against the Russian economy, Putin and the political leadership, and the oligarchs who have been enriched by Putin must be intensified.

There are some signs that elements of the FSB, the Russian security service, oppose the war; recent reports from reputable sources in Ukraine indicated that disaffected FSF personnel alerted Ukraine to a Putin-ordered assassination attempt against Ukrainian president Volodymyr Zelensky, which was subsequently foiled. Every effort should be made by western intelligence services to encourage that opposition and hasten the day when rationality and moral sanity is restored to Russian foreign policy.

An important question remains, however: How, amidst this increasing Russian brutality, is Ukraine managing, not only to sustain military, paramilitary, and civilian resistance to the invader, but to grow that resistance?

One part of the answer lies in the transformation of civic culture that began in Ukraine with the 2013-2014 “Revolution of Dignity,” centered on the Maidan, Kyiv’s Independence Square. Western media and politicians focused on national-level politicians and the often-corrupt oligarchy still in place in Ukraine after the Maidan Revolution have largely missed the slow but steady development of a civil culture of responsibility and solidarity at the Ukrainian grass roots. The wounds of seventy years of Soviet depredations, which had taught Ukrainians to mistrust each other, were beginning to heal over the past eight years, and the current war has vastly accelerated that healing process.

The results are evident in the way the country has become more unified than ever before. Thus it seems fitting that a besieged country led by a Jewish president is manifesting the moral wisdom of Hillel the Elder, a Jewish sage who died over two thousand years ago: “If I am not for myself, who will be for me? If I am for myself alone, what am I?”

Western observers also tend to miss the deeply religious dimensions of Ukrainian identity – and Ukrainian resistance to Russian aggression. With the possible exception of Poland, Ukraine is the most religiously observant country in Europe. A large proportion, perhaps even a majority, of the practicing Orthodox Christians who have traditionally looked to the Russian Orthodox patriarchate of Moscow for leadership are in Ukraine. Divided since the Maidan Revolution into separate jurisdictions, Ukrainian Orthodox leaders have nonetheless condemned the Russian invasion and war, even as Patriarch Kirill of Moscow betrays his flock by continuing to play lapdog to the czar.

Then there is the Ukrainian Greek Catholic Church, some five million souls who exert an influence in the country far beyond their numbers. The UGCC has been blessed for the past century and a quarter with exceptional leadership. The Servant of God Andrew Sheptytsky led the Church from 1901 until his death in 1944 and was a leading figure in a renaissance of Ukrainian culture, language, and literature. Under his guidance, the UGCC became one of the principal safe deposit boxes of Ukrainian national identity during the hard decades when the Soviet Union did everything in its power – from the deliberate starvation of millions to the enforced use of Russian in schools and public administration – to Russify Ukraine and bring the country to heel.

Little wonder, then, that Metropolitan Andrew’s worthy and hand-picked successor, Metropolitan Josyf Slipyj (the model for the Slavic pope in The Shoes of the Fisherman) spent seventeen years in the Gulag labor camps, as the Church he led became the largest underground (i.e., illegal) religious community in the world, after the UGCC was “reunited” at virtual gunpoint to the Russian Orthodox Church in 1946. Released from the Gulag in 1963, Slipyj lived in Rome (the Soviet Union refusing to allow him back into its territory), traveled the world strengthening the Ukrainian Greek Catholic diaspora, and laid the foundations on which today’s vibrant UGCC is helping build – and now defend – the Ukraine of which Sheptytsky and Slipyj dreamed, and for which they gave their lives.

Perhaps the most consequential of Metropolitan Slipyj’s efforts was the rebuilding of a theological academy in Rome which, after Ukraine’s liberation from the Soviet Union in 1991, became the seed from which grew what is now Ukraine’s finest institution of higher learning, the Ukrainian Catholic University in Lviv. From the outset, UCU, led by the now-Ukrainian Greek Catholic Archeparch of Philadelphia, Borys Gudziak, was an institution with a defined and noble mission: to rebuild the shattered civil society of Ukraine by being a center of teaching, and living in, the truth. Its students and faculty were on the Maidan in 2013-2014, where one of the university faculty was shot by a sniper. Today, UCU is a beacon of truth-telling about the war in Ukraine (exemplified by the indispensable daily YouTube videos posted by one of its theology faculty members, Taras Tymo), even as its people help organize relief for refugees and displaced persons and prepare for what seems an inevitable Russian military assault on Lviv.

Ukrainian national identity, in brief, is very much informed by Ukrainian Christianity. Under the leadership of Cardinal Lubomyr Husar, head of the UGCC from 2001 to 2011, and the current Major-Archbishop, Sviatoslav Shevchuk, the UGCC has played a major role in healing ecumenical fractures among Ukraine’s Christian communities: another step in solidifying the sense of national solidarity that has thus far confounded the deeds of wicked men like Vladimir Putin and Sergey Lavrov.

(Note: Major-Archbishop Shevchuk’s messages to his people and the world from a Kyivan bomb shelter make exemplary Lenten reading, even as they embody what heroic Catholic leadership looks like in twenty-first century. The messages for March 1, March 2, and March 3 are available online here, here, and here.)

This Article Was originally Published on Catholic World Report: https://www.catholicworldreport.com/2022/03/03/the-religious-roots-of-ukrainian-resistance/

PrevLent, Gianlorenzo Bernini, and the Liberating Lightness of Truth
Putin’s megalomania, the Monroe Doctrine, and the Truth About PrudenceNext 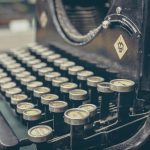