The Gospel reading for the vigil Mass of Christmas Eve is the genealogy of Jesus according to Matthew: a terror to priests and deacons with poor Hebrew pronunciation and a bore to most congregants. Once, it was a string of “begats;” now, it’s a catalogue of strange names with which most Catholics are unfamiliar. Why would the Church appoint such an odd Gospel reading on Christmas?

Matthew’s point, in his time, was to locate Jesus within one stream of the Jewish messianic expectation: the belief that the Promised One of God would be a descendant of David. Thus there’s all that begetting,  from Abraham to David, from David to the Exile, and from the Exile to St. Joseph. Jesus, Matthew is telling his readers, is the fulfillment of both the covenant with Abraham and the promises made to David. Which point was, I suspect, clear to the Jewish communities of the first century for whom Matthew wrote; it’s not, perhaps, self-evidently important to twenty-first century Christians, most of whom are gentiles.

No, were I to have preached recently on Matthew’s genealogy, I’d have pointed out that its most interesting feature is that it isn’t air-brushed. At the risk of blasphemy, and to take an example from the contemporary “art” of spin-control, this is a “narrative” that includes Bill Ayers, Tony Rezko, Jeremiah Wright, and Rod Blagojevich, rather than air-brushing them out of the picture. To be sure, Matthew’s genealogy has patriarchs, heroes, psalmists, and saintly men and women; but it also includes scoundrels, idolaters, apostates, vicious kings, inept kings, and foreigners. Jesus is “located” amidst the very mixed bag that proceeds from Abraham, our father in faith. Why?

Because Matthew is determined to underscore the realism of the incarnation. The coming of the Son of God is not magic. And it’s not sugar-coated. The Son, in the power of the Spirit, will fulfill the Father’s covenantal promises despite every obstacle that human weakness and wickedness can throw into the path of the divine fidelity. Moreover, in writing to his Jewish-Christian readers (and to potential converts to Christianity from the tribe of Abraham), Matthew takes pains to highlight Ruth, the Moabite woman whose fidelity to her Jewish mother-in-law becomes one of the instruments by which God’s messianic promise to Israel is fulfilled. In doing so, Matthew helps prepare his Jewish-Christian readers for two revolutionary ideas: that the new covenant in Jesus is universal in character, and that the gentiles, the wild branches grated onto the tree of Israel, are full inheritors of the promises to Abraham.

Matthew’s brutal honesty about the messy history of the messianic line is more than a matter of authorial honesty; Matthew refuses to engage in spin-control to make an important theological point. That point  — face the facts squarely; God is in charge, and God will ultimately prevail — speaks as much to us as it did to the first century. Which brings me back to Ayers, Blagojevich, and the rest.

In the weeks after November 4, some Catholics have taken an apocalyptic view of the period ahead, seeing in President-elect Obama a man with whom serious Catholics can do no serious business. Others have taken the precise opposite tack, arguing that the Church has to “stay in play,” that Catholics must “find common ground” with the new administration, that “we have to talk with these people,” even if that means muting some of the Church’s core issues and fudging its sacramental discipline. Neither of these approaches strikes me as satisfactory.

I’m all for talking with everyone. But in this instance, when certain issues at stake are of fundamental moral gravity, and the interlocutors respond primarily to power rather than reason, I believe that, after the initial amenities, the conversation has to begin by the Church and its leaders defining some non-negotiables — and pointing out, politely but directly, the consequences that will follow if, for example, the new administration signs off on a federal override of state laws providing conscience-clause protections for Catholic heath care professionals.

The realism at the root of Christian faith demands no less. St Matthew would have understood that. 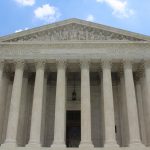 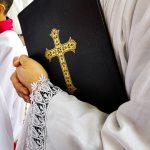 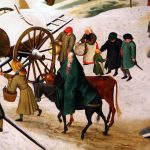