This article was originally published on National Post (Canada)
http://www.canada.com/national/nationalpost/news/index.html 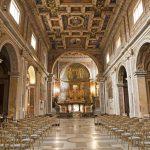