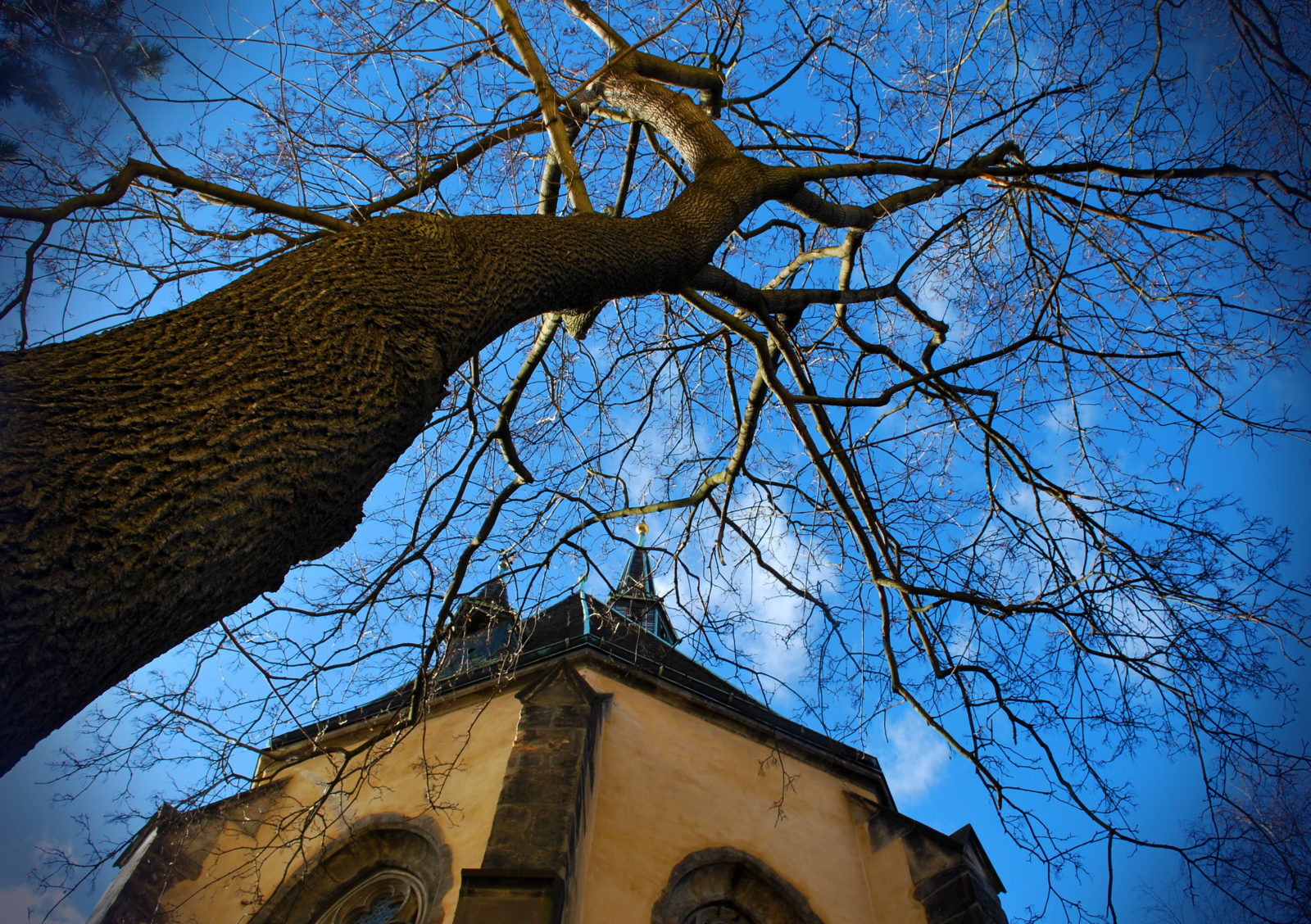 The “dialogue with all people” and the “forthright and honest debate” for which Pope Francis calls in his new encyclical on “our common home” will certainly include — and, by the pope’s own standards, should include — close scrutiny of many questions.

Does Laudato Si’ reflect a wrestling with the full range of scientific opinion on global climate issues? Does the encyclical acknowledge and accurately weigh the inevitable complexities and trade-offs involved in meeting its twin goals of empowering the poor and protecting the natural environment — and does it take sufficient account of why billions of people have become un-poor over the past several generations? Does Laudato Si’ take adequate note of the correlation between strong environmental protections and democracies with free economies (high) — and of the equally instructive correlation between vast amounts of pollution and authoritarian regimes (also high)?

These questions I leave to others, not least because I have no interest in recruiting (or refuting) the pope in aid of a political or public-policy agenda — for, as Francis himself says in the encyclical, “the Church does not presume to settle scientific questions or to replace politics.” Rather, my particular interest in reading Laudato Si’ is religious and cultural. What does Pope Francis have to say about humanity and the natural world at a moment when incoherence, skepticism, and nihilism dominate Western high culture, and when fanaticisms claiming various divine or quasi-divine warrants wreak havoc from northern Nigeria to the Levant to the Donbas? What does Francis write in this complex and inevitably controversial document that might speak, as a good pastor should, to the flaws in humanity’s understanding of itself today, and that might point us in a more noble direction?

Which is, of course, precisely as it should be. For Pope Francis is first and foremost a pastor who, like his predecessor St. John Paul II, wants to lift up for our reflection what the Polish pontiff called “the nobility of the human vocation to participate responsibly in God’s creative plan.” And that is the starting point for all serious Christian reflection about the natural world: God’s ongoing creativity, which sustains the world God brought into being and in which we, by the grace and favor of God, participate.

Thus Laudato Si’ discusses at some length various aspects of humanity’s responsibility for the natural world, locating that responsibility within the conviction that Pope Francis shares with the Psalmist: “By the word of the Lord the heavens were made” (Psalm 33:6). The universe, Francis writes, “did not emerge as a result of arbitrary omnipotence, a show of force, or a desire for self-assertion.” Still less are the natural and human worlds the product of a colossal, accidental concatenation of chemical interactions. Rather, “creation is of the order of love [and] God’s love is the fundamental loving force in all created things.” So thinking about us, and the natural world, and our relationship to the natural world ought to begin here: by bringing science and the Bible together in understanding that the Big Bang and all that came from it (including us) was an explosion of love from that superabundant, divine love which is the dynamic interaction of the Holy Trinity — Father, Son, and Holy Spirit.

That Trinitarian and Biblical understanding of How Things Came to Be underwrites Pope Francis’s critique of the diminished and distorted forms of human self-understanding that are inadequate to the task of facilitating our participation in God’s ongoing creativity. Prominent among these is the ancient, Promethean temptation to displace the divinely created order — which takes its modern form in the tendency of 21st-century science and technology to bracket questions of right and wrong, “ought” and “ought not,” in order to concentrate on issues of technique and technology. Technique and technology are not problems in themselves. The problem comes when they fill humanity’s intellectual horizon and moral imagination to the exclusion of all other considerations. For then everything tends to get instrumentalized, including human relationships and the human relationship to the natural world — and when everything is instrumentalized, everything is also brutalized.

In his challenge to all this, Francis, with John Paul II, insists that “we must safeguard the moral conditions for an authentic human ecology,” understanding that integral human development, in both the developed and developing worlds, is not measured by GDP alone, but by humanity’s growth in beatitude. Why is it so hard, in some quarters, to see that? Because, as John Paul II taught in Centesimus Annus, the vitality of the moral-cultural sector of the 21st-century free society is crucial to living democracy and the free economy as well. Or, as Francis puts it, at the root of this instrumental view of everything is “the notion that there are no indisputable truths to guide our lives,” such that we have come to think of everything as plastic and malleable. And why do an awful lot of people think that? Because they have eaten of the same forbidden fruit that led Adam and Eve to be cast out of that first, paradigmatic Garden: They have, Francis writes, bought the false idea that “human freedom is limitless.”

In a proper understanding of us, the natural world, and the relationship between humanity and nature, there are, in other words, Things As They Are, including moral Things As They Are. Those things are inscribed in the world and in us. Laudato Si’ thus insists that any “anthropocentrism” that is reduced to “the language of mathematics and biology” and that is not open to wider horizons of self-understanding is one that cannot “take us to the heart of what it is to be human.” Marry the imperial autonomous Self to a metaphysics of technique and the result, Francis suggests, is something quite (if I may use the term) unnatural — even something polluted. Those who see the world only as a “problem to be solved” lose sight of the deeper truth that “the world is a joyful mystery to be contemplated with gladness and praise.” And that loss leads to a truncated, distorted image of the human person, and a considerable number of people living in what the pope calls “cheerful recklessness” (which strikes me as a nifty variant on the “debonair nihilism” deplored by the late Father Ernest Fortin, borrowing from Allan Bloom).

Francis’s rejection of moral relativism and the “technocratic paradigm” (as he dubs it), and his promotion of an integral human ecology, have implications far beyond what most environmentalists understand by environmentalism. An integral human ecology forces us, he writes, to confront the harsh facts of human trafficking and the warehousing of the elderly. And (in a part of the encyclical that the New York Times and Planned Parenthood will most certainly not cite, let alone celebrate) Francis’s counter-proposal leads him to argue that being ecologically conscious and environmentally committed necessarily means being pro-life:

It is troubling that, when certain ecological movements defend the integrity of the environment, rightly demanding that certain limits be set on scientific research, they sometimes fail to apply those same principles to human life. There is a tendency to justify transgressing all boundaries when experimentation is carried out on living human embryos. We forget that the inalienable worth of a human person transcends his or her degree of development. . . . A technology severed from ethics will not easily be able, by itself, to limit its own power.

Further, the Francis who declines to join those radical environmentalists who think of humanity as a pollutant to be controlled — “the Bible teaches that every man and woman is created out of love and made in God’s image and likeness” — also addresses, at least indirectly, the transgender cause du jour and offers a way of thinking about our humanity that distinguishes a true ecological sensitivity from other causes célèbres of today:

The acceptance of our bodies as God’s gift is vital for welcoming and accepting the entire world as a gift from the Father and our common home, whereas thinking that we enjoy absolute power over our own bodies turns, often subtly, into thinking that we enjoy absolute power over creation. Learning to accept our body, to care for it and to respect its full meaning, is an essential element of any genuine human ecology. Also, valuing one’s own body in its femininity or masculinity is necessary if I am going to be able to recognize myself in an encounter with someone who is different. In this way we can joyfully accept the specific gifts of another man or woman, the gift of God the creator, and find mutual enrichment.

And then, in case anyone has missed the point, Pope Francis quotes himself at his general audience of this past April 16: “It is not a healthy attitude which would seek to ‘cancel our sexual difference because it no longer knows how to confront it.’”

It is important to remember, in reading Laudato Si’, that the pope is not some sort of Franciscan Luddite. Yes, Francis likes simplified lifestyles and unspoiled natural habitats, but he also cites John Paul II’s praise of scientific work and its technological artifacts as “wonderful products of a God-given creativity.” He acknowledges that “the modification of nature for useful purposes has distinguished the human family from the beginning” and that “technology has remedied countless evils which used to harm and limit human beings,” asking, how can we not feel “gratitude and appreciation for this progress, especially in the fields of medicine, engineering, and communications?”

By the same token, however, the pope evocatively reminds his readers that, in the Bible and in Jewish practice, the Sabbath was a day of rest and healing, suggesting that a humanity that has forgotten the need for a measure of Sabbath quiet amidst frantic activity and social-media buzz is less human, less natural — and, quite likely, less happy.

It is probably inevitable that Laudato Si’ will get labeled “the global-warming encyclical” and that the label will stick. This will please some and displease others, and they will have at each other — which is no bad thing if it helps clarify that there is no simple path to meeting the twin goals of environmental protection and the empowerment (through economic development) of the poor. But the label will be misleading, I think, not because there isn’t a lot about climate change in the encyclical, but because that’s, to my mind, the least important part of Francis-the-pastor’s call to a more integral, indeed more humanistic, ecology. Reading Laudato Si’ as if it were a climate-change encyclical, period, is somewhat akin to reading Moby Dick as if it were a treatise on the 19th-century New England whaling industry. The ships and the harpoons are an important part of the story, to be sure; but if they become the whole story, you miss what Melville’s sprawling novel is really about. Ditto with Laudato Si’: If you read it as “the global-warming encyclical,” you will miss the heart and soul of what this sprawling encyclical is about — which is us.

This article was originally published on National Review Online
http://www.nationalreview.com/article/419933/parsing-popes-ecology-encyclical-its-about-lot-more-climate-change-george-weigel 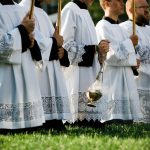 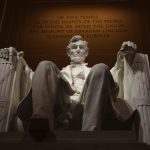