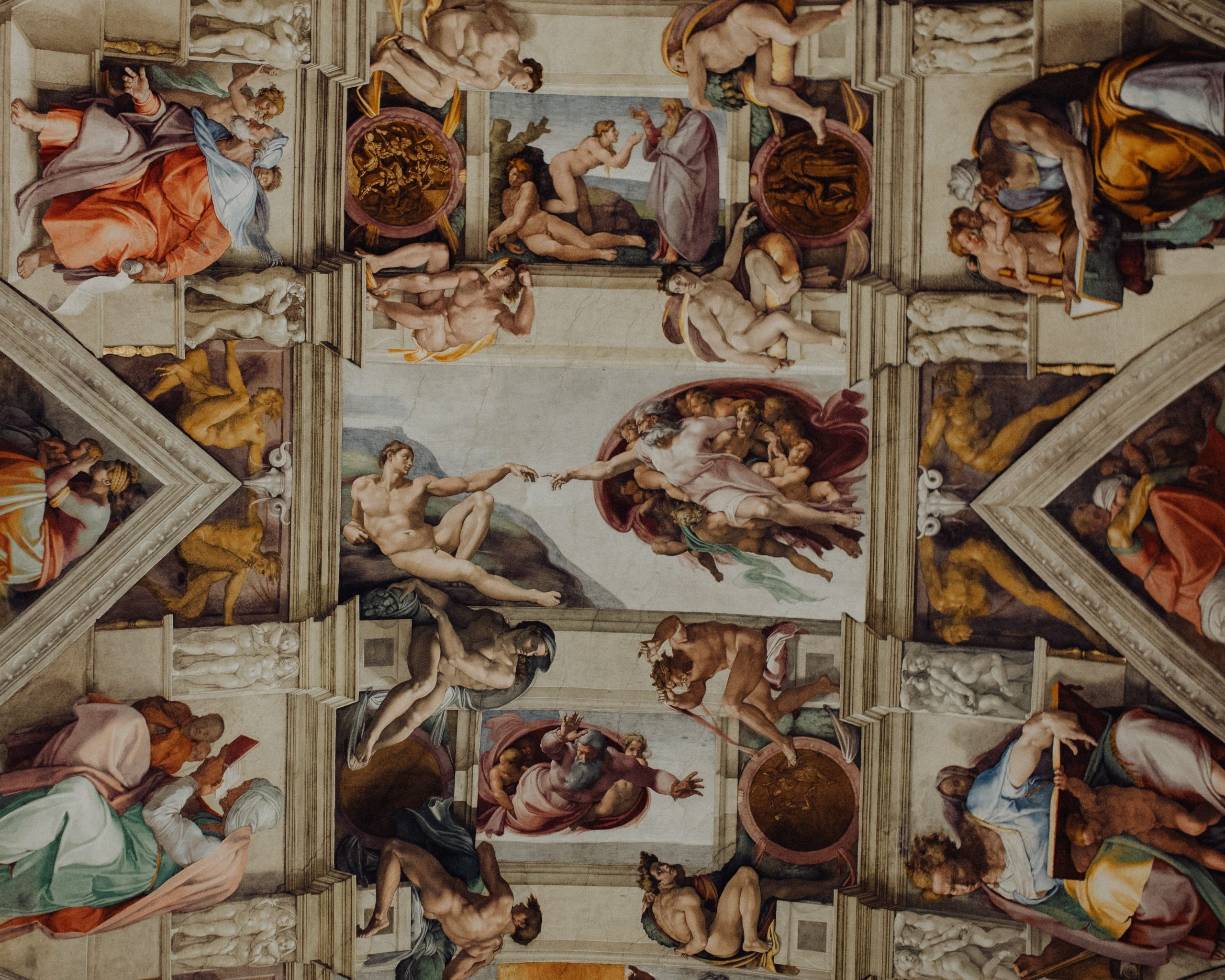 In his new poem, “Roman Triptych,” John Paul II makes extensive references to the Sistine Chapel, which has a special hold on his mind, heart, and soul.

Karol Wojtyla is a man of the drama; in the Sistine Chapel, he lived through the most dramatic moment of his dramatic life, his 1978 election as Successor of Peter. In 1994, a decade after having taken the daring and controversial decision to have Michelangelo’s Sistine frescoes cleaned, the Pope referred to the restored Sistine Chapel as the “sanctuary of the theology of the body” – a theology that will likely be John Paul’s most enduring contribution to the heritage of human thought. Now, in “Roman Triptych,” the Pope calls the Sistine Chapel a “presacrament” in which “the invisible becomes visible.” Most suggestively, and with reference to the cardinals who will elect a pope “after my death,” John Paul writes that Michelangelo’s vision of the creation and the last judgment “must speak to them” and “teach them” the meaning of what the princes of the Church do during a conclave.

All of which raises many interesting questions for Catholics. Here’s one it raises for everyone: was Michelangelo Buonarroti the greatest genius in history?

It’s an impossible question to answer, of course. How would one measure Michelangelo’s genius and accomplishment against that of Plato or Aristotle, Augustine or Thomas Aquinas, Leonardo da Vinci or William Shakespeare, Isaac Newton or Albert Einstein, Bach, Beethoven, or Mozart? Still, Michelangelo’s claim is a strong one.

He was, in the first place, a man of marble – the greatest sculptor in history, as witness the Pietà (now in St. Peter’s), the David (in his native Florence), and the Moses (in the Church of St. Peter in Chains in Rome). Unable to draw a circle accurately, I am amazed by all the plastic arts. But while I can imagine painting – in the sense that I can imagine learning the trick of making the two-dimensional seem three-dimensional through the techniques of perspective – I simply cannot imagine how anyone can look at a block of Carrara marble, “see” the descent from the cross, the young David, or the elderly Moses in it, and then lift that figure out of stone with chisels and hammer. Yet that is what Michelangelo did, giving humanity three unforgettable, even archetypical, images: the tenderness of the Pietà, the heroic biblical humanism of the David, and the awesome power of the Moses, in which we sense what happens to a man who talks with God “face to face” (Exodus 33.11).

The world’s greatest sculptor was also one of the world’s most accomplished painters, and arguably the greatest master of fresco ever. Michelangelo hated being forced to paint the Sistine ceiling and the Last Judgment. But having accepted papal commissions to do so, he poured onto wet plaster a stunning vision of the beginning and end of humanity’s story on earth – and that story’s origins and destiny in the time beyond time. Renaissance artists said that no man who lacked courage should ever attempt fresco: steady nerves and speedy hands were indispensable, as the painting had to be done in a few hours before the freshly-applied plaster dried. To do this lying on a scaffolding on one’s back, often in freezing cold, and to produce in the process some of the most extraordinary art ever created – that is the epic accomplishment of Michelangelo’s Sistine ceiling.

Then there was Michelangelo the architect. Asked to assume responsibility for overseeing the construction of the “new” St. Peter’s in 1546, when he was seventy-one, Michelangelo rescued Bramante’s original Greek-cross design from the unhappy revisions proposed by Antonio da Sangallo the Younger and completed it with the most magnificent dome in the world.

Sculptor, painter, and architect, Michelangelo was also an accomplished engineer, a skilled planner of fortifications, and a decent poet. He had a difficult personality; he was constantly involved in artistic, political, and financial controversies; he was unlucky in love. The world remembers him as a great Renaissance genius. The Church should also should remember him as a man of intense, even volatile, faith: the man who created the “presacrament” of one of the privileged spaces in the Christian world.

PrevA saint from Lackawanna?
A novena for priestsNext