In the war over Pius XII and the Holy See's policy toward Nazi Germany before and during World War II, there are fanatically anti-Pacelli/Pius XII writers like Daniel Jonah Goldhagen and Sergio Minerbi, whose imperviousness to evidence that challenges their presuppositions raises grave questions about their scholarship. And then there are the serious academic historians. The latter's critique of Pius XII often begins with the charge that, as cardinal secretary of state to Pius XI, Pacelli engineered the demise of the Catholic Center Party, urged the German bishops to lift their ban on Catholic membership in the Nazi Party, and prompted German Catholics to support the Enabling Act that granted Hitler dictatorial powers: all in exchange for a concordat — a formal treaty — between the Third Reich and the Holy See. This strategy, these historians argue, weakened the Church's capacity to resist the unfolding Nazi tyranny and gave the new German regime an undeserved degree of international legal credibility.

As Hubert Wolf, professor of Church history at the University of Muenster, demonstrates conclusively in Pope and Devil: The Vatican Archives and the Third Reich (Harvard/Belknap), this charge of a “package deal” between the Vatican and Hitler fails when the documentary evidence is examined seriously. Recently-available archival materials from the pontificate of Pius XI make clear that Pacelli and Pius XI never offered any such trade to the Nazis.

In fact, the Holy See was blindsided by the German bishops' initiative in lifting the ban on Nazi Party membership, and the Center Party acted on its own in supporting the Enabling Act. Wolf also argues that Pacelli, far from being the Roman manipulator of the Church in Germany, was undercut in his diplomacy by the German bishops' preemptive concessions to the Nazi regime. As Wolf writes, “If Pacelli had had his way, if he had pulled all the strings, Hitler would have paid a heavy price for the Center's consent to the Enabling Act and the bishops' retraction of their condemnation. The cardinal secretary of state would have dictated hard concessions for the conditions that Hitler was so eager to get from the Church.”

The net result was not a happy one: as Pacelli put it to British diplomat Ivone Kirkpatrick, “a pistol had been pointed at his head and he had had no alternative” but to conclude a concordat quickly, in order to provide a minimum of legal protection for Catholic life in a Germany he knew was heading for disaster. As for the concordat itself, Wolf concludes that, while “there is no doubt that this agreement further opened the floodgates for the involvement of German Catholics in the National Socialist state,” it also helped prevent German Catholicism from being completely absorbed (or “coordinated,” as the Nazis put it) by the Third Reich, such that “the Catholic Church in Nazi Germany was the only large-scale social institution Hitler never managed to co-opt.”

Precisely because Wolf's conclusion is based on documentary evidence rather than presupposition or conjecture, it should definitively resolve this battle in the Pius Wars: “The Reichskonkordat was a pact with the devil — no one had any illusions about that fact in Rome — but it guaranteed pastoral care and the continued existence of the Catholic Church during the Third Reich. [Pacelli] did not make this deal by having the Center Party consent to the Enabling Act or by lifting the condemnation of National Socialism. The German Church bears sole responsibility for these steps.”

Pope and Devil is not without its problems. Wolf's critique of Roman “centralism” is belied by his own demonstration that, in the case of Nazi Germany, the Roman centralizers could be far more forceful in defending the “locals” than the locals could themselves. Wolf also posits a false dichotomy between “dogma and diplomacy,” when the real issue in the Pius Wars is the exercise of prudence. Nonetheless, Wolf has done the Pius debate a great service by demonstrating that, in response to the charge that the Holy See undercut the Catholic opposition in Germany in exchange for a concordat, the only responsible verdict is “Not guilty.” 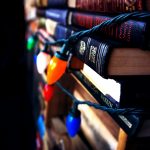