Sometime in the next few months, a new U.S. Ambassador to the Holy See will be moving into Villa Richardson on Rome’s Janiculum Hill. The shoes waiting to be filled there, and at the U.S. Embassy to the Holy See (which overlooks the Circus Maximus), are large indeed.

Since the post was created during the first Reagan administration, Americans of all faiths and political persuasions have been well-served by their ambassadors to the Holy See: a distinguished group of men and women who have brought lives of accomplishment and good judgment to their work in the Vatican, and with the diplomatic corps accredited to the Holy See. Some served in relatively quiet periods; others had to tread a rockier road. Still, I trust none of his distinguished predecessors, no matter what the circumstances in which they served, will object if I suggest that the recently-returned U.S. ambassador to the Holy See, R. James Nicholson (now Secretary of Veterans Affairs), set a new standard of excellence.

Jim Nicholson grew up in poverty on a tenant farm in northwest Iowa, knowing hunger in his bones. After graduating from West Point in 1961, he did eight years of active duty as a paratrooper, qualifying as a Ranger and earning the Bronze Star in Vietnam; he retired from the service with the rank of colonel after 22 years in the Army Reserve. His active military career was followed by law practice and successful ventures in real estate development; yet Jim Nicholson would likely say that his greatest achievement was persuading Suzanne Marie Ferrell, a wonderful woman and distinguished artist, to marry him. They raised three children, even as Jim was becoming involved in politics, becoming Colorado’s representative on the Republican National Committee in 1986. Elected chairman of the RNC in 1997, he served through the tumultuous 2000 election, after which President Bush nominated him as ambassador to the Holy See.

Ambassador Nicholson presented his credentials to John Paul II days after 9/11, and the years ahead would be dominated by issues of war and peace. During times of real tension between Vatican officials and the U.S. government, especially in the run-up to the war in Iraq, Jim Nicholson kept his head, kept his cool – and kept the conversation-partners in conversation. It was a remarkable performance that earned the respect of everyone in Rome.

At the same time, he launched a series of initiatives that deepened the conversation between the U.S. Government and the Vatican on key global issues of mutual concern. One of the gravest human rights abuses of the early 21st century is the awful practice of trafficking in persons, usually for purposes of sexual exploitation. Jim Nicholson brought the trafficking issue to Rome and compelled the representatives of countries that might prefer to ignore the issue to face it squarely, in all its moral squalor and human drama.

Ambassador Nicholson did the same in addressing the question of genetically-modified foods. Working with the Pontifical Academy of Sciences, Nicholson staged an international conference that usefully challenged European protectionists and western anti-corporate activists more inclined to scratch their ideological itches than to see poor people fed; as the once-poor and hungry Nicholson put it in a sharp op-ed piece in the International Herald Tribune, there was something very strange about anti-corporate ideologues who seemed to be telling famine-stricken Africans that it was “better to die than eat the food that Americans eat every day.” Whatever their concerns about agricultural globalization, senior Vatican officials seemed to agree.

Jim and Suzanne Nicholson were gracious and generous hosts, welcoming a broad cross-section of Americans into their residence (where His Excellency, the ambassador, could sometimes be found at 0300 on Monday mornings, watching Denver Broncos’ games on TV). At the same time, their ambassadorship was a kind of four-year retreat: every Lenten morning at 7:30 a.m., you could find the Nicholsons at Mass in the Roman station church of the day.

I say “their” ambassadorship because Jim and Suzanne were a marvelous team. Together, they set the gold standard. All U.S. Catholics owe them a debt of gratitude for services brilliantly rendered. 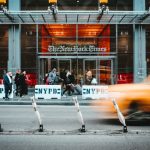