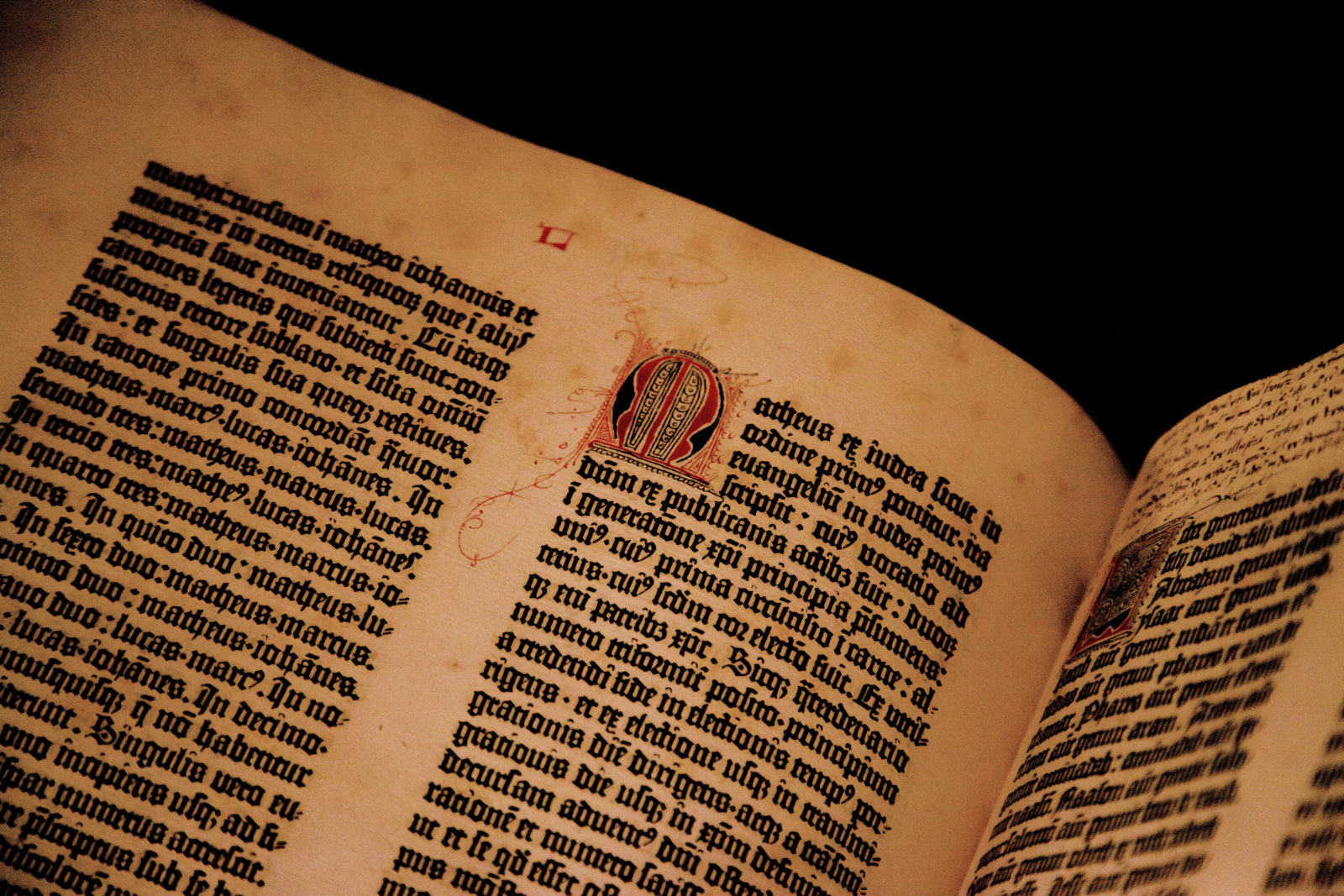 A thought exercise or two:

Imagine that the principal donor funding Washington’s new museum of the Bible was George Soros. Does anyone think that MSM stories on the museum’s opening would highlight Soros’s 1992 shorting of the British pound, a maneuver that netted him a billion dollars?

Imagine, further, that the new museum’s principal academic advisers had included leaders of the deconstructive “Jesus Seminar” such as John Dominic Crossan and Burton Mack. Does anyone suppose that MSM stories about the new museum would be fraught with fears of a Biblical takeover of the nation’s capital, and indeed of the nation’s culture?

Of course not. But because the chief donors to the Museum of the Bible were the Greens of Hobby Lobby, and the museum’s academic advisory board was not replete with men and women who regard the Bible as an ancient text to be dissected the way a pathologist dissects a cadaver, the MSM has been discovering shadows and phantoms everywhere, even as some have admired aspects of the new museum’s architecture and design.

We’ve come a very long way from the days when, insofar as I can detect, there was no consternation over a 1952 event inaugurating the complete Revised Standard Version of the Bible being held in the D.C. Armory, with the address being given by the secretary of state of the United States (in this case, Dean Acheson). In that bygone age, Biblical literacy was something Americans expected of an educated person — and found, as well, in a lot of not-so-well-educated people, who nonetheless revered and studied The Book. Today, serious interest in the Bible is often regarded as seriously weird in our high culture — a phobia that is, at least in part, a result of the academic deconstruction of Biblical literature in the name of a narrow concept of “history.” Yet one also suspects that suspicion of the Bible, and of people who remain interested in the Bible today, is a penumbra formed by emanations from the notion that “Bible-bangers” are ignorant, fearful people grasping for certainties in an uncertain world: a bigoted view shared by folks ranging from Washington Post reporters to the 44th president of the United States.

Therefore the new Museum of the Bible must be surrounded, at least in MSM terms, by all sorts of cautionary warnings: Watch out! It’s three blocks from the Capitol! There’s an agenda here! Beware of proselytizers!

I can’t say that a 90-minute exploration of the Museum of the Bible a few weeks before its formal opening gave me a comprehensive view of the facility. But I did find a great deal that was impressive. And running through it all, I sensed a desire to reach out to the skeptical and even the hostile. I’m sure that a deeper exploration will lead me to wish that some things could be emended or changed; already, I can say that the display on John Locke and the alleged influence of the Bible on his political theory could use a bit more nuance. Still, even the Biblically literate will find lots of things to learn in the new museum, which combines old-fashioned linear history and traditional expository displays of artifacts with interactive bits that, in the main, don’t seem as off-putting as such whiz-bang often does. Indeed, compared with the revisionist dog’s breakfast that’s been made of the National Museum of American History by the authorities at the Smithsonian, the Museum of the Bible is a great breath of fresh air.

Which is all the more reason to lament that its opening has coincided with a display of gross Biblical ignorance — and, if I may say, hypocrisy — by putatively Bible-reverencing people supporting the egregious Roy Moore, Republican candidate for a U.S. Senate seat from Alabama.

Judge Moore has made a career of his defense of the Ten Commandments. Yet his most perfervid partisans seem to imagine it the work of Satan to suggest that his relationship to at least two of the ten (the ones dealing with chastity and financial probity) seems, to put it gently, somewhat strained.

Then there are those Evangelical leaders who, having given Donald Trump a moral get-out-of-jail-free card during the 2016 campaign, have been vocally supportive of Judge Moore in recent weeks. Which does make one wonder how Franklin Graham and Jerry Falwell Jr. read Matthew 18:6 on the abuse of the young, and what Jesus says about the fate of those who cause scandal to the innocent.

And then there are those of Roy Moore’s Evangelical defenders who declare their resentment at being criticized by “outsiders.” But surely not every critic of Judge Moore — and not only of his recently alleged behavior with teenagers, but his previous shenanigans from the bench and his dodgy financial relationship to the Montgomery-based Foundation for the Moral Law – is a card-carrying, dues-paying member of the devil’s camp. And in any event, has Jesus’s instruction on fraternal correction in Matthew 18:15–17 been amended,so that such admonitions are subject to state boundaries?

One hates to say it, but the Graham/Falwell bromance with Donald Trump, and now with Roy Moore, has done a far better job of reinforcing every Elmer Gantry stereotype about Evangelicals in the MSM and the high culture than the New Atheists could have managed doing overtime shifts at CNN.

For over 20 years, I have been working with Evangelical Protestant scholars in an ecumenical project aimed at deepening theological understanding between Catholics and their Evangelical brethren, and facilitating our common witness to the moral truths we believe should guide public life. That work has built bridges of understanding where mutual ignorance was long the rule. I suspect that many of my Evangelical colleagues are profoundly embarrassed, not only by Roy Moore but by those of his Evangelical defenders who somehow manage to check their Biblical convictions at the polling-place door — and who, by failing to take effective action against Moore, both before his nomination and after he became a national embarrassment, have put themselves in a position perilously similar to that of the secularist defenders of Bill Clinton in 1998–99.

In the Clinton case, the impassioned defense of the sexual revolution, against what was perceived to be a rising tide of yahoo puritanism, dissolved the moral and political judgment of intelligent people who feared the people of the Bible. In the case of Roy Moore, the defense of the right to life and of marriage rightly understood, against what is perceived to be a tidal wave of aggressive secularist relativism, is similarly warping political judgment — this time, the judgment of people who profess to be the people of the Bible. In neither case did the Biblical reminder that wisdom dwells in prudence (Prov. 8:12) get much traction amidst partisan fevers.

Which is, I suppose, another reason to hope that the Museum of the Bible restores a measure of Biblical literacy to America.

– His most recent book is Lessons in Hope: My Unexpected Life with St. John Paul II.

This article was originally published on National Review Online
http://www.nationalreview.com/article/453930/museum-bible-impressive-roy-moore-scandals-embarrassment-evangelicals-biblically-iilliterate

The Enduring Importance of Centesimus Annus