The Mandate Kicks In

As of August 1, the Obamacare/HHS mandate requiring the provision of contraceptives, abortifacient drugs, and sterilization procedures — all in the name of “reproductive health” — is finalized. The mandate has triggered the most unexpected controversy of the 2012 election season.

The Catholic bishops of the United States and other concerned parties have accurately described it as a grave violation of religious freedom; dozens of entities have sued the Obama administration over the mandate, charging that HHS is in violation of the Religious Freedom Restoration Act; at least one federal district judge has granted injunctive relief to a petitioner in those suits; more suits and more decisions are expected. More broadly, an array of commentators have seen in the HHS mandate a quintessential expression of the administration’s disdain for the institutions of civil society, which it seems to regard as merely the vehicles for the delivery of “services” the government decides to provide, rather than as associations with their own inherent integrity and their own unique role in democratic public life.

Where stands this argument after seven months, and with the mandate now legally in force? And where is all this likely to go in the months and years ahead?

(1) The administration has not made any serious effort to address the concerns over the mandate that have been vigorously pressed by Catholic bishops, Catholic employers, pro-life Americans of all religious persuasions and none, and civil-society advocates. The administration’s alleged “accommodation” of these concerns — after the White House appeared to have been blindsided by the ferocity of the response to the original mandate — was quickly recognized for the accounting shell game it was and is. As such, it was rejected as an unacceptable governmental intrusion into the unique mission of religious bodies, even by religious institutions and associations that had supported Obamacare.

Any hopes that the administration might think again about the mandate have been frustrated time and again. And with the Obama campaign now seemingly committed to marshaling its base through bogus claims of a “war on women,” it is not easy to see how an administration running lefter-than-thou is going to risk being perceived as caving in to Catholic bishops it’s tried to paint for months as mindless, authoritarian misogynists.

(2) The U.S. Catholic bishops, for their part, have stayed strikingly united in their commitment to making the defense of religious freedom in full a priority moral question in the 2012 election. The bishops and their national staff quickly and accurately recognized that the religious-freedom issue was the key to fighting the mandate and that the provisions of the Religious Freedom Restoration Act made it likely that a successful legal challenge could be mounted. Attempts from within and without the Church to divide the bishops have all failed, and the bishops have stayed on message. Equally fruitless have been efforts to cut a deal in which Catholic institutions would be exempt from the mandate but conscientious Catholic employers would be left to their own devices. Rather than taking this particular bait, the bishops in June doubled down on religious freedom in full, for individuals as well as institutions. Attempts to replay this gambit in the fall will achieve the same result: nothing.

In all of this, it might be added parenthetically, the administration has been exceptionally clumsy in its politics and its messaging. The initial announcement of the mandate seemed based on the assumption that the White House could play divide-and-conquer, peeling Catholic progressives away from their religious leaders. The “accommodation,” trotted out when the original strategy didn’t work, seemed to assume that the bishops could be rolled — and indeed would welcome an opportunity to return to the administration’s good graces. When that, too, failed, a great silence ensued; and despite the efforts of the bishops’ staff to engage the administration in a serious exploration of Catholic concerns raised by the mandate, nothing of the sort has happened.

(3) The bishops, for their part, kept the issue alive and amped up the pressure by calling for a “Fortnight for Freedom” between June 21 and July 4: two weeks of prayer, reflection, and activism to bring home to Catholics, and others willing to pay attention, the threats to religious freedom that are now an unhappy staple of American public life. The Fortnight, largely ignored by the mainstream media, was a considerable success. Planners for the July 4 closing Mass at the Basilica of the National Shrine of the Immaculate Conception in Washington hoped for a crowd that would fill half the vast church’s space, and for a few dozen priest-participants; 5,000 congregants packed the basilica, flowing out onto its plaza, and several hundred priests chose to concelebrate the Mass.

All of this has had an effect. Mitt Romney, who has yet to demonstrate a sustained ability to electrify crowds, nonetheless had an Ohio crowd on its feet cheering when he declared that “we’re all Catholics” in this battle for religious freedom and civil society. Anecdotal evidence from around the country speaks of congregation after congregation applauding sermons laying out the issue and calling Catholics to a responsible exercise of citizenship in defense of the first freedom. The “Catholic vote” likely doesn’t exist as an undifferentiated bloc; but if marginally practicing Catholics, who might ordinarily skew slightly Democratic (or stay home) decide to send a message in November about an administration they perceive as muscling their Church, the mandate issue could prove decisive in such battleground states as Ohio, Wisconsin, Florida, and New Mexico (as the marriage issue did in Ohio in 2004). Of course any such outcome assumes a Romney campaign that knows how to ignite enthusiasm about an electoral defense of religious freedom and civil society; but the last seven months have demonstrated that the tinder is there to be ignited.

(4) The charge of “partisanship” that has been leveled against the U.S. bishops from the activist Catholic Left hasn’t stuck, although it got some brief mainstream media attention during a ludicrous “Nuns on the Bus” tour (timed to coincide with the Fortnight for Freedom) that drew crowds that might have filled four pews in the National Shrine on July 4. Honest Catholic progressives, for their part, now find themselves faced with a daunting task: trying to replicate the Obama-is-one-of-us mantra of 2008, in the face of an accumulating mountain of evidence that the administration regards orthodox Catholicism, and the leadership of Catholic bishops determined to defend human dignity at all stages and in all conditions of life, as major obstacles to its agenda of imposing a dictatorship of relativism on the entire country in the name of “marriage equality” and “reproductive health.” The Catholic progressive case for Obama was not easy to make in 2008, although some very clever people (and some not so very clever people) tried. It is not easy to see how it can be made at all today.

(5) Even as the lawsuits challenging the HHS mandate work their way through the courts, another fact has come into sharper focus: The ultimate resolution of the challenge to religious freedom and civil society posed by the Obama administration must be political. The administration has a very weak case under the Religious Freedom Restoration Act, whose stringent requirements for “burdening” religious institutions the mandate simply cannot meet. So it seems likely that, on the narrow legal question of the past seven months, the administration will lose, whether it is returned to office or not. But if it is returned to office, the assault on religious freedom and civil society will continue.

Ever since Secretary of State Hillary Clinton’s December 2009 speech on international human-rights policy, it has become evident that the administr
ation regards “religious freedom” as a privacy right to certain kinds of weekend recreational activity: religious freedom = freedom of worship, period. That hollowing-out of religious freedom (which in Clinton’s 2009 speech was closely linked to the promotion of the LGBT agenda as a primary concern of U.S. international human-rights policy) was then reimported back into the administration’s domestic social policy, with the HHS mandate as one result. The administration ought to be held to account, during the fall campaign, for this degradation of religious freedom. But irrespective of what the Romney campaign does, a lot of other actors in this drama will make sure that religious freedom is a hot-button issue in the fall.

As for the assault on civil society, the mandate has given the administration’s critics a golden opportunity to illustrate what happens when all social space is occupied by individuals and the state: Religious institutions are conscripted as bureaus of government; employers’ consciences are coerced; the rich associational texture of American life is dumbed down, so that the reality is not one of Americans “bowling alone” but of Americans compelled to go “bowling with Leviathan.”

It’s been a remarkable seven months. And it has crystallized the precise nature of the “inflection point” to which the United States has come.

This article was originally published on National Review Online
http://www.nationalreview.com/articles/312836/mandate-kicks-george-weigel?pg=2 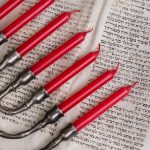 Prophetic witness, then and now 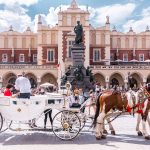