The Legacy of Benedict XVI

At his election in 2005, some thought of him as a papal place-keeper: a man who would keep the Chair of Peter warm for a few years until a younger papal candidate emerged. In many other ways, and most recently by his remarkably self-effacing decision to abdicate, Joseph Ratzinger proved himself a man of surprises. What did he accomplish, and what was left undone, over a pontificate of almost eight years?

He secured the authoritative interpretation of Vatican II that had been begun (with his collaboration) by his predecessor, Blessed John Paul II. Vatican II, the council in which the Church came to understand herself as a communion of disciples in mission, was not a moment to deconstruct Catholicism, but a moment to reinvigorate the faith that is “ever ancient, ever new,” precisely so that it could be more vigorously proposed.

He helped close the door on the Counter-Reformation Church in which he had grown up in his beloved Bavarian countryside, and thrust open the door to the Church of the New Evangelization, in which friendship with Jesus Christ is the center of the Church’s proclamation and proposal. As I explain in Evangelical Catholicism: Deep Reform in the 21st-Century Church, Benedict XVI was a hinge man, the pivot on which the turn into the evangelical, mission-driven Church of the third millennium was completed.

He accelerated the reform of the liturgical reform, accentuating the liturgy’s beauty. Why? Because he understood that, for postmoderns uneasy with the notion that anything is “true” or “good,” the experience of beauty can be a unique window into a more open and spacious human world, a world in which it is once again possible to grasp that some things are, in fact, true and good (as others are, in fact, false and wicked).

He proved an astute analyst of contemporary democracy’s discontents, as he also correctly identified the key twenty-first-century issues between Islam and “the rest”: Can Islam find within itself the religious resources to warrant both religious toleration and the separation of religious and political authority in the state?

He was a master catechist and teacher, and, like John Henry Newman (whom he beatified) and Ronald Knox, his sermons will be read as models of the homiletic art, and appreciated for their keen biblical and theological insights, for centuries. As for the incomplete and the not-done:

Benedict XVI was determined to rid the Church of what he called, on the Good Friday before his election as pope, the “filth” that marred the image of the Bride of Christ and impeded her evangelical mission. He was successful, to a degree, but the work of reconstruction, in the wake of the sexual abuse scandal, remains to be completed.

This is most urgently obvious in Ireland, where the resistance of an intransigent hierarchical establishment is a severe impediment to the re-evangelization of that once-Catholic country. And the next pope must, in my judgment, be more severe than his two predecessors in dealing with bishops whom the evidence demonstrates were complicit in abuse cover-up-even if such an approach was considered appropriate at the time by both the counseling profession and the legal authorities. The Church has higher standards.

Joseph Ratzinger had extensive experience in the Roman Curia and it was widely expected that he would undertake its wholesale reform. Not only did that not happen; things got worse, and the Curia today is, in candor, an impediment to the evangelical mission of the pope and the Church. A massive housecleaning and re-design is imperative if the Church’s central administrative machinery is to support the New Evangelization: which, for the Curia, is not a matter of creating a new bureaucratic office but a new cast of mind. (Evangelical Catholicism contains numerous suggestions for how that might be done.)

And then there is Europe. The man who named himself for the first saintly patron of Europe tried his best; but like his predecessor, the best he could manage was to stir the flickering flames of renewal in a few parts of Catholicism’s historic heartland. Its re-evangelization remains an urgent task.

This article was originally published on First Things
http://www.firstthings.com/onthesquare/2013/02/the-legacy-of-benedict-xvi

PrevA New Take on Modern Catholic History
Holy Roman Reforming: Getting Down to the Business of the FutureNext

The Exhaust Fumes of Stalinism 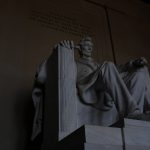