Ever since the Church’s first bishops gathered their priests and people around them for the celebration of the Holy Eucharist, Christians have thought of the cathedral — the church in which the “cathedra,” the bishop’s chair, sits — as the center of a given city. In San Antonio, that’s literally true.

For in front of the altar at San Fernando Cathedral is a bronze marker, indicating the position of the door of the original colonial church from which the cathedral grew. From that point, the settlement that became San Antonio was laid out, such that everything in town was measured by its distance from the church. San Fernando cathedral is the center of San Antonio, physically as well as historically and spiritually.

San Fernando was the first parish church in Texas, and it’s seen a lot of history since its founding in 1731. Over the ensuing 275 years, five flags have flown from what is now the oldest standing structure in the state: those of Spain, Mexico, the Republic of Texas, the United States and the Confederate States of America.

Canary Island emigres were the first parishioners, laying the church’s cornerstone in 1738. When the Alamo ceased to be a church in 1793, its people became parishioners of San Fernando.

In 1831, Jim Bowie married Ursula de Veramendi in San Fernando; five years later, after General Santa Ana had raised the “No Quarter” flag from the church’s tower, Bowie died in the defense of the Alamo; and a hundred years after that, in 1936, the remains of Bowie, Davy Crockett, William Travis and other Texas heroes were found beneath the sanctuary of the cathedral and re-interred in a marble sarcophagus which stands in the cathedral today.

San Fernando became a cathedral in 1874, when the Diocese of San Antonio was erected. President Lyndon Johnson attended Good Friday services at San Fernando in 1966, and John Paul II visited the cathedral in 1987. A major restoration was undertaken in 2001-2003.

The nave of today’s San Fernando is built out from the colonial church, which now forms a kind of grand apse for the entire cathedral. In the colonial part of the building, and thanks to the 2003 restoration, pilgrims and visitors can now find three stunning “retablos,” masterpieces of carving and gilding created to replace the original retablos lost in an 1828 fire.

The central retablo (a Mexican form of wooden reredos) is 24 by 16 feet, gilded in 24-carat gold, and dedicated to “Jesus Christ, Word and Sacrament;” it houses both the tabernacle and statues of the four evangelists. The retablos to its right and left honor the patronesses of the settlers and soldiers who were San Fernando’s first congregants. Thus the retablo to the right is dedicated to La Virgen de la Candelaria (Our Lady of Candlemas), to whom the Canary Island emigres had a particular devotion. The left retablo is that of Our Lady of Guadalupe, and houses a 1770 painting of the Patroness of the Americas. Done in an 18th century style of wood-carving and gilding, these three retablos are among the world’s finest contemporary examples of this art form.

For all its history, though, San Fernando should not be conflated with nearby historical sites like the four San Antonio Missions, found along the Mission Trail south of the city. Interesting (and touching) as these relics of the first American evangelization are, they speak of the past. As Archbishop José Gomez and cathedral rector Father David Garcia told me, San Fernando takes that past and brings it alive in the present.

Five thousand people worship at San Fernando every weekend. Nine hundred baptisms, more than a hundred weddings, and just as many funerals are celebrated there each year. Every day, visitors come in the hundreds to admire the architecture and the retablos, or to honor the remains of the heroes of the Alamo. Many, one suspects, are moved to prayer by the cathedral’s beauty.

As well they might. For here, we touch the religious heart of the fastest-growing Catholic population in America. 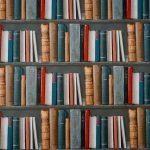 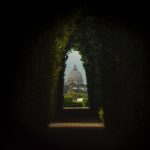 The Vatican’s Unread Newspaper and the U.S. Bishops