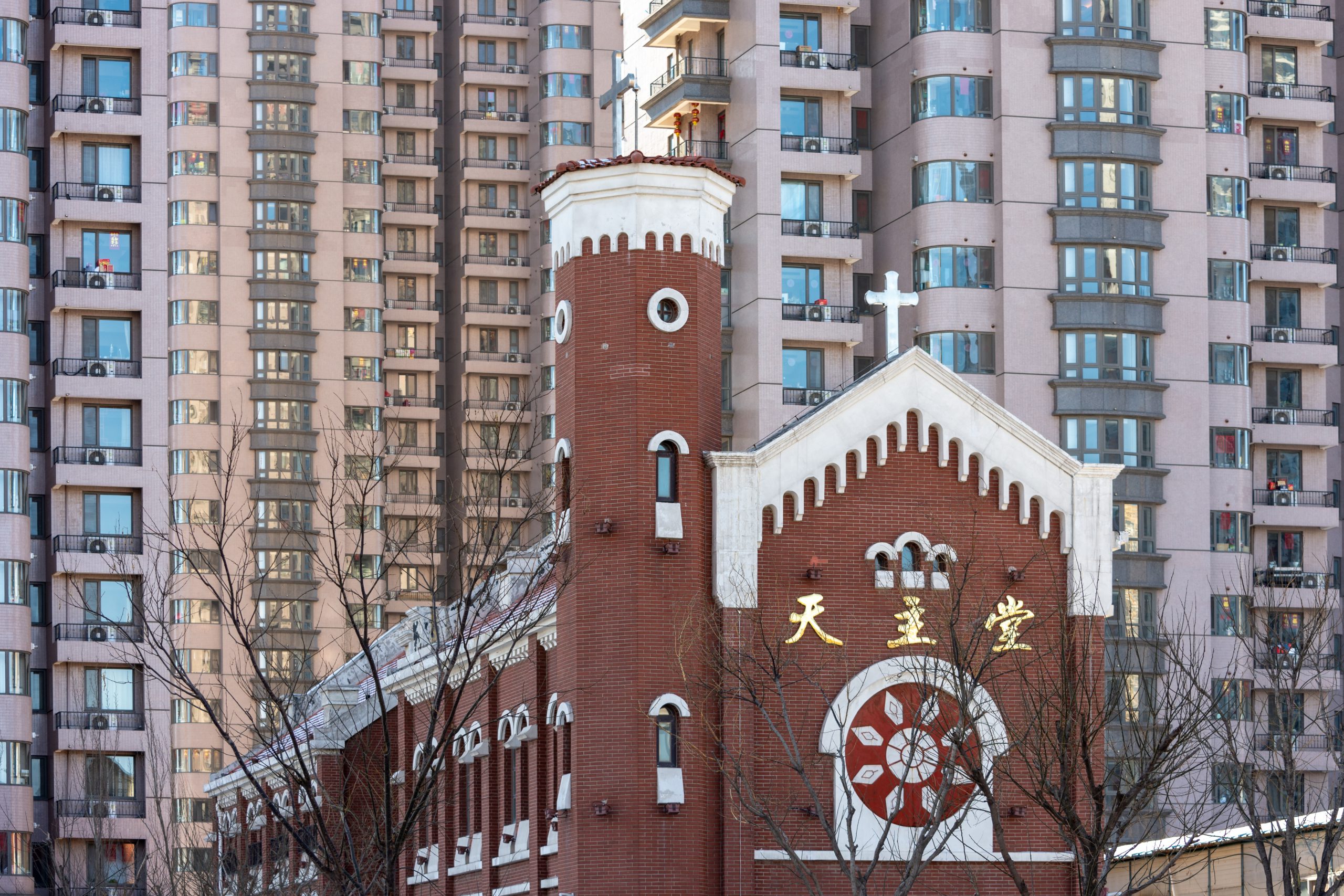 The defense of the dubious by the ill-informed can lead to the preposterous – and that is precisely the slippery slope down which Villanova’s Massimo Faggioli careens in his critique of my recent Washington Post op-ed article and my other writings urging a more forthright Vatican defense of religious freedom and other basic human rights in China.

Professor Faggioli charges that my views on the Vatican’s current China policy reflect a “U.S.-centered worldview and a U.S.-centered Catholicism.” In fact, as I have made clear in the “series of articles” on the Vatican and China that Faggioli finds offensive, I have constantly stressed that my critique of the 2018 Vatican-China agreement is fundamentally evangelical: Vatican deal-making with an increasingly repressive Chinese government impedes the proclamation of the Gospel, now and in the future. When China finally opens itself fully to the world after the present regime is a sad memory, China will be the greatest field of Christian mission since the Europeans came to the western hemisphere in the 16th century. Catholicism will be at a severe disadvantage in the post-communist evangelization of China if the Church is perceived as having kowtowed to a despised and defunct regime, while those religious communities that opposed the old regime will enjoy the credibility conferred by their resistance to godlessness and tyranny.

Then there is Faggioli’s defense of the Vatican Ostpolitik of the late 1960s and 1970s: the diplomatic effort to find an accommodation with communist regimes behind the iron curtain.

In three books – The Final Revolution, and the two volumes of my John Paul II biography, Witness to Hope and The End and the Beginning – I carefully documented the assumptions, practices, and results of the Vatican Ostpolitik. In that work, I drew on extensive conversations with the Ostpolitik’s protagonists, including Cardinals Agostino Casaroli, Giovanni Cheli, Luigi Poggi, and Achille Silvestrini; extensive conversations with leading clergy and laity touched by the Ostpolitik in central and eastern Europe; hours of discussion with Pope St. John Paul II; and twenty-five years of research in primary sources from that era, including documents from communist secret intelligence services in East Germany, Poland, Hungary, Czechoslovakia, and the Soviet Union that became available in recent years.

From that research – and not, as Faggioli charges, from “conservative leaning intellectual circles in the U.S. and ….in Eastern Europe [who are] part of the rejection of the post-Cold War world now being favored by anti-liberals” – I concluded, and still conclude, that, whatever its intentions, the Ostpolitik was a failure. It failed because it did not grasp the distinctive nature of totalitarian regimes. And that offers a cautionary tale for today.

In Hungary, the Ostpolitik resulted in the major structures of the Church becoming de facto subsidiaries of the Hungarian communist party. In what was then Czechoslovakia, the Ostpolitik demoralized those Catholics who tried to resist a similar usurpation of their Church and created deep divisions between regime-acquiescent and regime-resistant Catholics. In Poland, the Ostpolitik had one discernible effect: it made life more complicated and difficult for Cardinal Stefan Wyszyński, the primate, and Cardinal Karol Wojtyła of Kraków; but it did nothing to ease communist pressure on the Church.

And in the Vatican, as I laid out in great detail in The End and the Beginning, the Ostpolitik was the occasion for a serious penetration of the Holy See by communist intelligence operatives, whose access to Vatican materials compromised the very negotiations in which the Ostpolitik was engaged.

Professor Faggioli’s attempts to defend the Ostpolitik cannot be regarded as serious by any serious student of this era. He suggests that, because of the Ostpolitik, the two Polish cardinals resident in Poland were permitted to participate in the conclaves of 1978. Well, the entire Polish episcopate had participated in all four sessions of the Second Vatican Council in the years before the Ostpolitik, and Cardinal Wyszyński had participated in the conclaves of 1958 and 1963, which were also prior to the Ostpolitik. So why does the Ostpolitk account for Poland’s communist authorities “giving permission” for Wyszyński’s and Wojtyła’s participation in the conclaves of 1978? Poland’s communist leaders were not the sharpest knives in the drawer, but even they wouldn’t have done something as stupid as preventing Poland’s resident cardinals – both of whom symbolized Polish national pride and prestige – from casting their votes as papal electors. I have heard more than a few attempts to identify Ostpolitik successes; this is arguably the least persuasive of all.

Faggioli also cites the “Basket III” human rights provisions of the Helsinki Final Act of 1975 as another “major achievement of the Vatican Ostpolitik.” In The Final Revolution, I cited those provisions as an important factor in setting the stage for what became the Revolution of 1989 in central and eastern Europe, because “Basket Three” helped energize a human rights movement behind the Iron Curtain. But there is no evidence of which I’m aware that Vatican diplomacy was critical to the adoption of “Basket III” in the Helsinki Final Act, although the Holy See certainly supported that adoption and was a signatory to the Act.

And then there is the inconvenient fact that it was the policy of the Ostpolitik not to press communist governments hard on their innumerable human rights violations, Helsinki Accords or no Helsinki Accords. John Paul II certainly deployed “Basket Three” to good effect; but that had nothing to do with the Ostpolitik. In practice, John Paul II’s human rights advocacy tacitly contradicted Cardinal Casaroli’s approach of not being vociferous on such matters. (As I noted n Witness to Hope, Casaroli even tried to excise from John Paul II’s 1979 address to the United Nations any human rights criticisms that would offend communist regimes.)

There is also something deeply awry in Professor Faggioli’s understanding of contemporary China. XI Jinping’s regime has become more repressive, more aggressive against religious communities, and more intolerant of dissent in recent years. The latest example of this is the National Security Law imposed on Hong Kong, which has put Jimmy Lai, Martin Lee, and other Catholic leaders of Hong Kong’s democracy movement in grave peril. Under that same law, Cardinal Joseph Zen, an outspoken critic of Beijing’s anti-Catholic aggressions, is also at risk of arrest. Even worse, the XI Jinping regime is conducting a Nazi-like campaign of genocide against the Muslim Uighurs in XInjiang province, where concentration camps now conduct “education” – meaning cultural lobotomization – amidst forced sterilizations and abortions.

Then there is Faggioli’s remarkable contention that, “in XI’s China today, religion can thrive but only as long as it doesn’t challenge politics and helps politics.” Really? The latest Chinese community party congress committed the party to the “Sinicization” of all religious belief and practice in China. This has nothing to do with what the Catholic Church understands by “inculturation,” and everything to do with the creation of a cult of XI Jinping as an ultramundane deity-of-sorts, whose “thought” is to be celebrated and inculcated in religious communities. To imagine that “religion can thrive” under these circumstances is simply fatuous.

In articles and essays dating back to 2000, I have argued that the only power the Holy See wields in world politics today is moral power: the power of moral persuasion and witness, which can be powerful indeed, as John Paul II demonstrated in central and eastern Europe in the 1980s, as well as in Latin America and East Asia. Professor Faggioli contends that this is too constrained a view, and that “some instruments of state power are a key aspect of the activity of the Holy See;” in illustration, he cites Vatican diplomatic representation in many countries, the Holy See’s permanent observer status at the U.N., and “its signature of the Treaty on the prohibition of Nuclear Weapons.” How any of this has to do with the Vatican wielding “instruments of state power” escapes me. Whether at the U.N., in bilateral relations, or in nuclear non-proliferation talks, the Holy See has no “power” to wield save the power of moral persuasion; what other power would it deploy? The power of economic sanctions? The Swiss Guard?

At the end of his essay, Professor Faggioli admits that “being a Catholic Church in the global world today means difficult choices” and that there are “no easy or simple solutions” for the Holy See in dealing with such a world. We have no disagreement there. But difficult choices are not made easier by falsifications of history, misreadings of present reality, and a failure to describe alternative approaches to dealing with those difficulties accurately and honestly.

Nor are “solutions” to 21st-century dilemmas likely to be found through a stubborn insistence, against all the evidence, that the Vatican Ostpolitik of the late 20th-century was a grand success. It wasn’t. And if the same cast of mind – that accommodating totalitarians by failing to challenge their systemic human rights violations is an effective diplomatic strategy – shapes the Vatican’s China policy today, it, too will be a failure: for persecuted Catholics in China today, for the credibility of the Holy See, and for the evangelization of China in a post-communist future.

This article was originally published on The Catholic World Report
https://www.catholicworldreport.com/2020/09/17/the-fatuities-of-professor-faggioli/