The Church in Spain

**The following interview with EPPC Distinguished Senior Fellow and William E. Simon Chair in Catholic Studies George Weigel, who was lecturing in Madrid at the time, appeared in the November 15 edition of the Spanish newspaper, La Gaceta del Jueves.**

How would you explain to a secularized society that the Catholic Church is a guarantor of human rights?

I don’t think it is a question of explaining but of doing — of demonstrating our Catholic convictions about human dignity and human rights. When the Church is making a public argument about abortion or euthanasia, the Church does not require anyone to accept its core theological convictions: for example, that there are three persons in one God; or that there are two natures in the one divine person of Christ; or that the episcopal structure of the Church and the primacy of the pope are of the will of Christ for his Church. Rather, the Church makes the claim, on rational grounds accessible to anyone willing to follow a line of argument, that the right to life of the innocent is inviolable, from conception to natural death. Moreover, the Church can point to the empirical evidence of what happens when a country arrogates to itself the “right” to declare certain groups in society outside the boundaries of legal protection: it ends up killing them. That is what happened to Europe in the mid 20th century; that is what is happening today in Holland and Belgium today thanks with the euthanasia laws. The moral truth of the inviolability of innocent human life can be understood by reason itself — and from a close-eyed look at the evidence of what happens when that truth is denied. This is not a “sectarian” truth.

But the Church has not always been a leader in democracy…

It is true that, in continental Europe, the democratic project emerged as a project against the Church, which was understood to be a department of the old regime. But that is the past. The reality of the present is that the Church has been a liberating power in society: the revolutions in Poland, Czechoslovakia, Ukraine, and so on, were revolutions inspired by Christian conviction.  We have to stop thinking in terms of 1789  — the French Revolution —  and start thinking in terms of 1989 (the fall of the Berlin Wall and the collapse of European communism).

I find it striking that, all over Europe, people tend to ignore the most obvious fact about this continent: that it’s dying, thanks to generation after generation of  below-replacement-level birth rates. Moreover, I find very few people willing to wrestle with the argument that spiritual boredom is one of the reasons fertility has collapsed in Europe. When people are spiritually exhausted, when they have no faith in the future, they stop creating the future in the most elementary sense — by creating future generations. All of this has very real consequences. For example, in no more than two decades, Europe’s womb-to-tomb welfare state will be unfundable, because there won’t be enough tax-paying workers to pay for it. Or to take another example: how can you build a democracy-affirming and generous culture on a foundation of spiritual boredom? Those who don’t want to  discuss these grave issues, including politicians, are blind.

What do you think about the Spanish government’s trying to impose its way of thinking about citizenship through legal strictures?

By itself, the democratic state can’t create the moral conditions that make democracy possible: the understanding of human dignity, the commitment to religious freedom, the necessity of separating spiritual from political authority in a just state. An American theologian once said that western man learned his dignity in the school of Christian faith. Today, we can say that people “learn” to be democratic, that people “learn” the convictions that make democracy possible, in their families and in voluntary associations, not through the state. This strikes me as profoundly undemocratic for the political authorities in a democracy to try to drive the Church to the margins of public life, or to confine the Church to a sphere of privacy. I’m a guest in your country, and I don’t wish to be rude, but it does strike this visitor that the current Spanish government is re-running a video from the 1930’s: it’s attempting a radical secularization of Spanish society through the instruments of state power, aimed at refashioning the people’s convictions. That is what we call “totalitarianism,” and it was one of the grand failures of the 20th century — and often an extraordinarily lethal failure. What about that dreadful history doesn’t the present Spanish government understand? I might add that the attempt to rewrite history through coercive state power, which seems to be implied by the Spanish government’s Law of Historical Memory, is a form of classic Stalinism.

It is a profound mistake to think that tolerance consists in ignoring the differences that make the difference, including differences of moral judgments. Marriage has been what it is for the past five thousand years; you can’t arbitrarily change the meaning of that institution in order to satisfy an ideological urge. Put simply, the state can’t define what marriage is; it can only recognize a social fact that existed long before the institutions of the modern state. The state that tries to redefine marriage is being intolerant in the name of tolerance.

Will this ideology of moral relativism be a footnote to contemporary history?

Well, it’s done a lot of damage already. But we can already detect a reaction — for example, the critique of feminist ideology by many women. To deny the nature of men and women and their complementarity has a certain long-run implausibility built into it. .

Those people who object to ideological impositions like the government’s “education in citizenship” program (which involves the promotion of gay “marriage,” etc., in the name of “tolerance”) are accused of marginalizing themselves. What can be done?

I would suggest that those who object to this kind of ideologial indoctrination choose a  different government. If the Spanish government, in the name of tolerance, forces its people to violate the tenets of their historic moral culture in the name of an ideology of moral relativism, then you need to get yourselves a new government  — which, happily, is something you can do in a democracy.

It’s not that simple…

Of course it takes work. People need to learn how to organize themselves; but before that, they must recognize that a government that wishes to turn Madrid into Amsterdam (to take symbolic reference points) is bad news for the Spanish future. The alternative for Spain is to see 1492 reversed, and Spain return to being an expression of the Arab Islamic world.

This business of European Christians feeling marginalized is both real — and it’s a self-fulfilling prophecy. The social doctrine of the Catholic Church has a much more coherent, comprehensive and progressive vision of the good society than anything the secularists have to offer. But one has to dare to propose this Catholic vision of the just society in the public sphere, and one has to do that in ways that can be engaged by those who have not been given the gift of faith.

In the past, Catholics in the USA were marginalized. How did you come out of that?

American Catholics did not “prove” their democratic credentials primarily by argument, but by service to the entire society. The arguments came later. The Catholic Church has been the greatest assimilator of immigrants
in American history; its service to the poor, the sick, the aged, and its vast investments in American education, have all demonstrated the Catholic commitment to American society and the flourishing of American democracy.  I’m sure the Church in Spain does many of those same things for Spanish society. So why accept someone else’s definition of Catholics as “marginal?” Why not engage in public life with genuinely public arguments, taking advantage of al the instruments of modern communications? 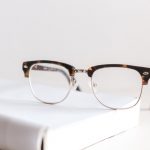 To See Things As They Are