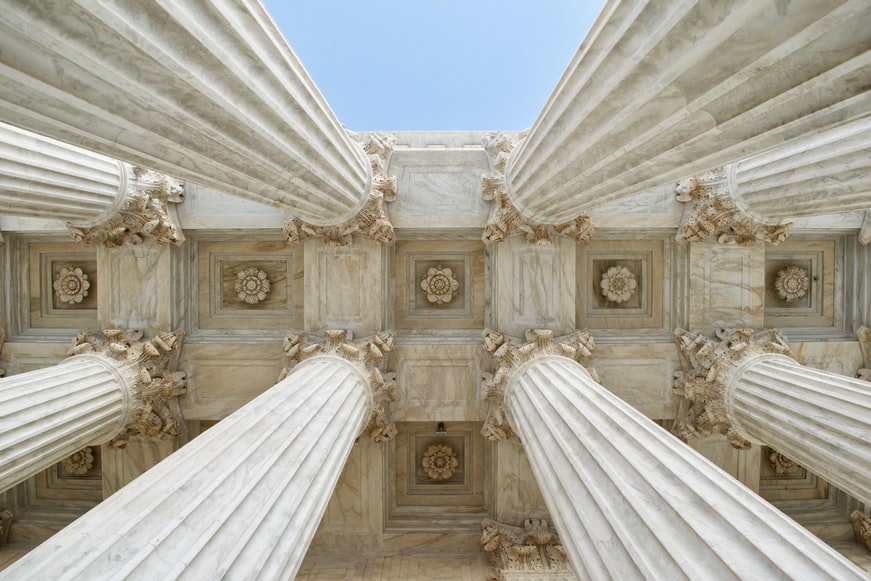 The Church and the “New Normal”

In the wake of the Supreme Court’s marriage decision, these sober thoughts occur:

(1) The Supreme Court of the United States [SCOTUS] has rendered a decision that puts the Court at odds with the Constitution, with reason, and with biblical religion.

(2) SCOTUS has gotten it wrong before. It got it wrong on race in Dred Scott and it repeated the mistake in  Plessy vs. Ferguson (which upheld segregated public facilities). It got it wrong by concocting a constitutional “right” to abortion-on-demand in Roe vs. Wade and doubled-down on that mistake by getting it wrong on abortion again in Casey vs. Planned Parenthood. Now SCOTUS has gotten it wrong on marriage. There are remedies to SCOTUS getting it wrong; one of them is a careful re-examination, during the 2016 campaign, of the theory of “judicial supremacy,” which holds that the Constitution means whatever a majority of the Court says it means.

(3) The marriage battle was lost in the culture long before it was lost in the courts. The foundations of our culture have eroded; now, the New Normal insists that literally everything is plastic, malleable, and subject to acts of human will. The result is a moment of profound moral incoherence in which understandings of human nature and human happiness that have stood the test of experience for millennia are being discarded as mere rubbish – and those who resist trashing the moral patrimony of humanity are dismissed as irrational bigots, religious fanatics, or both. This New Normal is willfulness-on-steroids, especially when that willfulness involves human sexuality. Nothing, it seems, constitutes aberrant  behavior – except the public defense of traditional virtue.

(4) The Catholic Church in the United States bears its share of responsibility for this incoherence. It was clear sixty years ago that the old mainline Protestant cultural hegemony was fading, that an alternative cultural foundation for American democracy was necessary, and that a new cadre of citizen-leaders, capable of articulating the moral truths on which the American democratic experiment rests, had to be raised up – and the prime candidate for doing all that was the Catholic Church. It might have happened. But too much of the Church’s clerical and lay leadership lost its nerve after Humanae Vitae; the window of opportunity closed amidst the maelstrom of the Sixties and the decadence of the Seventies; and the forces of incoherence won the day .

(5) The New Normal will not leave the Catholic Church alone. Like everyone else who contests the New Normal’s ideology of Anything Goes, the Catholic Church will be aggressively attacked for daring to oppose that ideology. So the Church must learn, fast, how to play good defense, defending the right of our people and our institutions to be themselves; it will do a service to America in the process. (A good primer for thinking through these issues is the recent pastoral letter by Cardinal Donald Wuerl of Washington, Being Catholic Today: Catholic Identity in an Age of Challenge.)

(6) The long-term answer to the New Normal – and to the dictatorship of relativism the New Normal is trying to impose on the universities and professions (without encountering much resistance), on traditional religious communities (less successfully, so far), and on individuals (through reprehensible but effective bullying and shaming) – is the re-conversion of the United States to right reason, moral truth, and a biblical way of seeing the world. This is a multigenerational project; it will necessarily be ecumenical and interreligious. From the Catholic point of view, the only possible response to the New Normal is a robustly evangelical Catholicism: one that displays true happiness in lives of solidarity with others; one that links that happiness and solidarity to friendship with Jesus Christ and the truths his Church teaches, inviting others to consider “a still more excellent way” [1 Corinthians 12.31].

(7) And that means a thorough catechesis of the Catholic people of the United States, not least through preaching: preaching that forthrightly challenges the too-often-typical Catholic shrug at the New Normal; preaching that calls Catholics to deeper friendship with Christ, meaning deeper conversion to his truth.

PrevThe Summer Reading List
Lessons for Today, after Obergefell, from Catholics Who Were Persecuted under Elizabeth INext 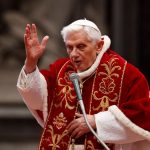