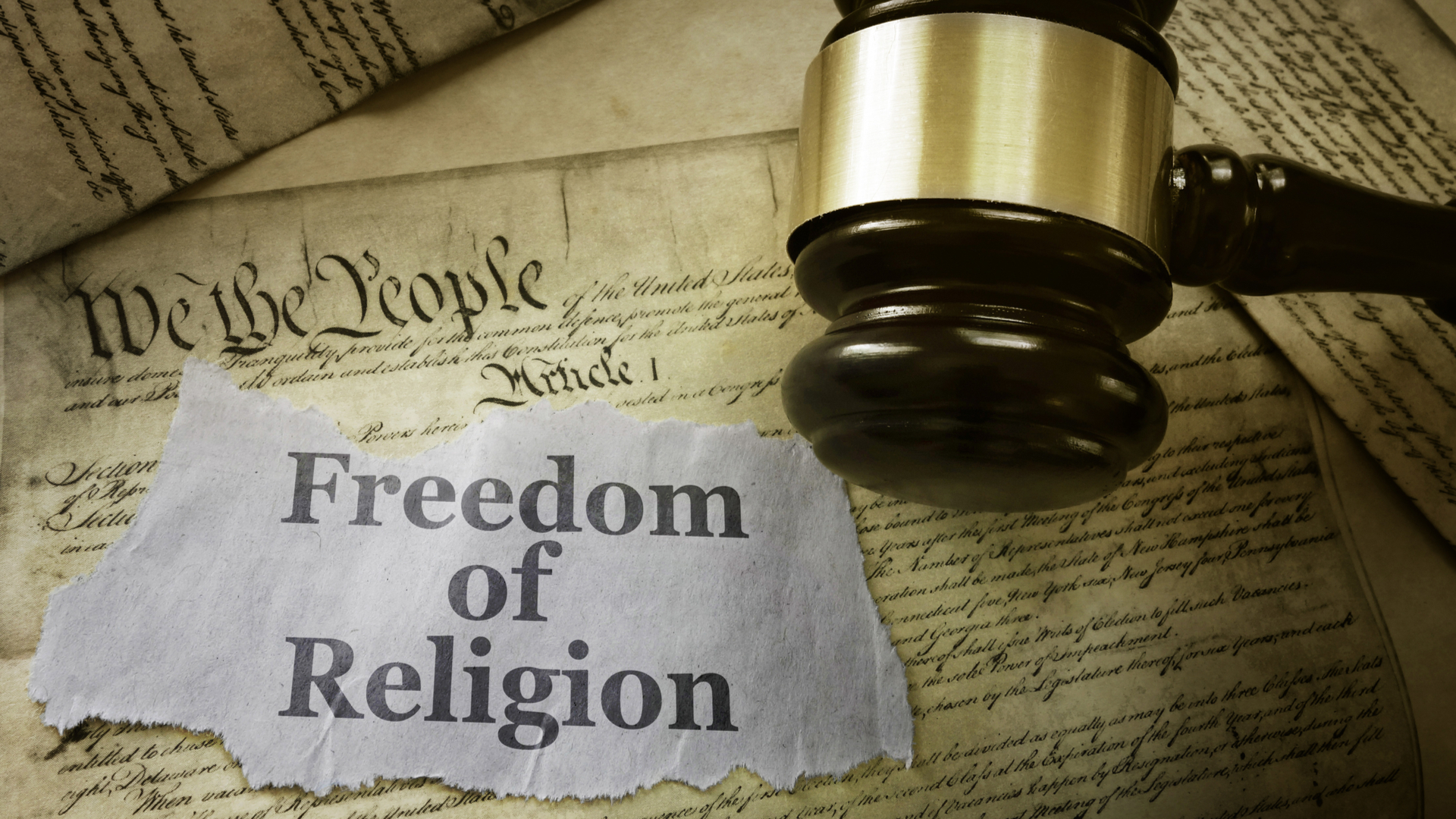 The Catholic Betrayal of Religious Freedom

It was not surprising that ill-educated Catholics in Congress rushed to embrace President Obama’s “accommodation” on the HHS mandate on sterilization and contraception (including possible abortifacients), or that the faux accommodation was defended, if risibly, by another embodiment of Catholic Lite, HHS Secretary Kathleen Sebelius. One does not look to Senator Patty Murray, or to Representative Rose DeLauro or Nancy Pelosi, or to Secretary Sebelius, to learn anything about Catholic doctrine or the history of the Church’s teaching on moral issues. Nemo dat quod non habet, as the scholastic philosophers used to say: No one gives what (s)he does not have.

The willingness of the Catholic Health Association and its president, Sister Carol Keehan, to embrace the Obama shell game was also unsurprising; CHA is a trade association far more concerned about a friendly relationship with HHS and access to federal largesse than about Catholic solidarity on a question of first principles. CHA’s role in helping to pass Obamacare clarified for all with eyes to see what the association understands to be its primary interests. These interests define its true loyalties, which were on full display when Sister Carol helped the White House roll out the Obama “accommodation” ruse and sell it to an eager-to-be-sold press.

But what about the intellectuals? What about the insistence of self-identified “liberal Catholic” commentators, op-ed columnists, and journals that the HHS mandate had nothing to do with religious freedom, or, later, that the “accommodation” met any legitimate religious-freedom concerns? What is going on when these Catholics provide intellectual and political cover for the Sebeliuses, DeLauros, Murrays, and Pelosis in their insistence that this is all about “preventive services” necessary for “women’s health”? Many of these liberal Catholics had, of course, provided similar cover for Obama during the 2008 campaign, so in that sense it was less than startling that their partisanship trumped once again. Still, there was something different, something tragic, about this particular trahison des clercs. In throwing a robust concept of religious freedom over the side, liberal Catholics were betraying their own noblest heritage.

It took the Catholic Church the better part of the late 19th and early 20th centuries to develop a robust Catholic concept of religious freedom. In that process of doctrinal development, the key experience was that of the Church in the United States, and the key intellectual figure was an American Jesuit, Father John Courtney Murray. Murray embodied an older form of liberal Catholicism, and he deployed it with intellectual virtuosity to midwife a new Catholic understanding of the modern state and of the democratic project. which eventually reshaped the thinking and practices of the entire Church. At the intellectual center of that development was Murray’s work on religious freedom. And at the empirical center of this evolution of Catholic self-understanding was the Catholic experience in the United States.

The American arrangement on church-and-state relations was a novelty for the Catholic Church. When it was deemed appropriate to appoint a bishop for the new republic after its founding, the Holy See sent a representative to learn the U.S. government’s wishes through the American minister in Paris, Benjamin Franklin. Franklin replied that this was none of the government’s business, and that the Church could appoint whomever it liked — a response that caused astonishment along the Tiber, where the pope, in those days, had a free right of appointing bishops in, at best, 20 percent of the world’s dioceses.

Beyond this freedom of appointment, however, was the undeniable fact that the institutional separation of church and state, and the Constitution’s guarantee of the free exercise of religion, was good for Catholicism in America: an empirical refutation of the then-regnant assumption that religious freedom (meaning disentangling the church from “establishment” by the state or from some other form of state preference) would inevitably lead to religious indifferentism, and perhaps even to hostility to religious conviction. Yet here was this novus ordo seclorum, as America proclaimed itself, and unlike the Catholic Church in Europe, the Church in America was holding the loyalty of the working class and growing by leaps and bounds throughout the 19th century — by the time a Catholic girl born in Detroit in 1880 became an adult, the number of parishes around her[PB1] had quintupled. Clearly, there was something here worth exploring.

Impressed by the American experience and tired of the ancient church-state quarrels of Europe, Pope Leo XIII began that exploration in the late 19th century. In a series of encyclicals on political modernity, Leo gingerly began to ease the Church away from its entanglement with the old regimes, and just as gingerly began to explore the foundations of a Catholic theory of religious freedom. Some 40 years after Leo’s death, John Courtney Murray began to analyze Leo’s writings with an eye to articulating a fully embodied Catholic theory of religious freedom.

When Murray began to work on the church-state problem in the mid-1940s, the regnant Roman theory — which many simply identified with Catholic tradition tout court — was that the preferred arrangement was state recognition of the prerogatives of the Catholic Church, and state support of the Church’s work. In the Roman theological parlance of the time, this was the “thesis,” and any other arrangement, like that in the United States, was a mere “hypothesis.” This thesis/hypothesis schema was underwritten by another claim that many in Roman theological circles simply identified with Catholic “tradition”: the claim that “error has no rights.”

Unraveling this thick knot of seemingly settled “tradition” was no easy business, either intellectually or politically, in terms of stepping on ecclesiastical and theological toes. Murray’s careful analysis of Leo XIII’s texts suggested that the thesis/hypothesis business might not be as settled as it seemed. And, in a brilliant move, Murray reached beneath the thesis/hypothesis schema into a much older stratum of Catholic tradition, where he found, in the fifth-century writings of Pope Saint Gelasius I, a clear distinction between priestly authority and political authority — which suggested that the conflation of those two authorities in the “thesis” was, in fact, not the Catholic tradition (a suggestion buttressed, of course, by reference to Christ’s own distinction between what is Caesar’s and what is God’s in Matthew 22:21). Here was a true “liberal Catholicism” at work: a Catholicism that reached back into history to retrieve a long-forgotten element of the authentic tradition that, recovered, could be the engine of future development.

To make a long story short, Murray’s work on religious freedom was vindicated at the Second Vatican Council. There, two compelling arguments came together in a powerful synthesis: Murray’s historical work and his exegesis of Leo XIII, which put paid to the thesis/hypothesis schema, and European personalist philosophy, which showed the Council that, while “error” might have no rights (whatever that meant), persons had rights, whether their opinions were erroneous or not. That settled the question intellectually for most of the Council fathers. The politics of defining religious freedom as a basic human right were managed by another interesting coalition: Bishops from the Communist world, who wanted the Church to defend religious freedom so that they might use it as a new weapon in their own struggles, joined with U.S. bishops, who wanted the American constitutional arrangement vindicated, and Western European bishops, who were tired of ancien régime politics, formed a critical mass of support, resulting in Pope Paul VI’s promulgation of Vatican II’s landmark Decla
ration on Religious Freedom on December 7, 1965.

Thus began the Catholic human-rights revolution, which would play a major role in the collapse of European Communism and in democratic transitions in Latin America and East Asia. At the heart of the Catholic human-rights revolution was religious freedom, and the Church’s embrace of religious freedom owed no small debt to liberal Catholicism in America.

Thus “liberal Catholics” who refuse to grasp the threats to religious freedom posed by the Obama administration on so many fronts — the HHS mandate, the EEOC’s recently rejected attempt to strip the “ministerial exemption” from employment law, the State Department’s dumbing-down of religious freedom to a mere “freedom of worship” — are betraying the best of their own heritage. And some are doing it in a particularly nasty way, trying to recruit the memory of John Courtney Murray as an ally in their attempts to cover for the Obama administration’s turning its de facto secularist bias into de jure policy, regulations, and mandates. More than 50 years ago, Murray warned of the dangers deracinated secularism posed to the American democratic experiment: a warning that seems quite prescient in the light of the Leviathan-like politics of this administration, aided and abetted by baptized secularists who insist that they are “liberal Catholics.” I daresay Murray, who did not suffer fools gladly, would not be amused by those who now try to use his work to shore up their own hollow arguments on behalf of the establishment of secularism.

The HHS-mandate battle is bringing to the surface of our public life many problems that were long hidden: the real and present danger to civil society of certain forms of Enlightenment thinking; the determination of the promoters of the sexual revolution to use state coercion to impose their agenda on society; the failure of the Catholic Church to educate the faithful in its own social doctrine; the reluctance of the U.S. bishops’ conference to forcefully apply that social doctrine — especially its principle of subsidiarity — during the Obamacare debate. To that list can now be added one more sad reality, long suspected but now unmistakably clear: the utter incoherence of 21st-century liberal Catholicism, revealed by its failure to defend its own intellectual patrimony: the truth of religious freedom as the first of human rights. That liberal Catholics have done so in order to play court chaplain to overweening and harshly secularist state power compounds that tragedy, with deep historical irony.

This article was originally published on National Review Online
http://www.nationalreview.com/articles/291455/catholic-betrayal-religious-freedom-george-weigel?pg=1 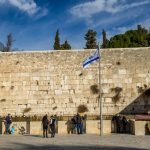 Cartoons and the Clash of Civilizations