Strategic thinking begins with goals. What should be America’s goals in central and eastern Europe over the next twenty years?

1. We should seek a peaceful Europe, freed from the scourge of major war, which has twice shredded the continent in the twentieth century. A Europe at peace will be good for itself, good for the world, and good for us. For it will be a Europe capable of healing its own (self-inflicted) wounds and of playing a constructive role in world politics and economics, and unlikely to drag the United States into a major continental military conflict.

2. We should seek an undivided Europe. A Yalta II would betray the promise of the Revolution of 1989 and the New Russian Revolution of 1991, sow seeds of profound discord, and fuel imperial pretensions that could eventually lead to armed conflict. Thus we should seek the integration of the nations of central and Eastern Europe into the political, economic, and security structures that have served western Europe well for the past forty years. Given historical realities, this process of integration can only happen gradually, one piece at a time. But each increment ought to be ordered to the achievement of a genuinely comprehensive European security system within which free nations can flourish.

3. Toward these long-term ends, we should seek to complete the work of the Revolution of 1989. That is, we should seek to consolidate transitions to democracy, the free economy, and the culture of democratic pluralism in the countries of the old Warsaw Pact as rapidly as individual national circumstances allow. This commitment, while surely a matter of values, is also a matter of interests: democracies that respect pluralism and engage in free commerce are far less likely to adjudicate their differences by war or by imperial threat.

That is where we want to be: or where we ought to want to be. But how do we get there?

Three basic strategic truths ought to guide the formulation of U.S. policy in Europe today. The first is that several countries of the old Warsaw Pact—Poland, the Czech Republic, and Hungary—have already made large strides toward democratic and market consolidation, advances that are quite probably irreversible (unless external factors intervene). This consolidation of the Revolution of 1989 in the “Visegrad Group” is a welcome development in its own right; it is also an important strategic asset whose maintenance serves both U.S. interests and the goals enunciated above.

The second strategic truth is that the gravest threat to progress toward the evolution of a peaceful, undivided Europe lies in the possible revival of imperial Russian ambitions: specifically, the hunger to assert and enforce a wide sphere of influence in central and eastern Europe along the lines demarcated by the Red Army in 1945. Such imperial assertiveness is not only destabilizing in its own right; it would also detract attention from the urgent tasks of economic, political, social, and environmental reform that ought to be engaging the great energies of the Russian people at this moment in their history. The success of those reforms is in the strategic interest of the United States. Thus we undercut our own interests, as well as the cause of true and lasting reform in Russia, if we adopt a permission-slip policy that appeases Russian neo-imperialism as the putative price of Russian democracy and a Russian free economy. We advance our interests in genuine Russian reform and in the further progress of free societies in east central Europe when we discourage any attempt to buy the former at the price of Yalta II.

The third strategic truth is that the likely first target of any such Russian imperial revanchism would not be east central Europe but Ukraine. Geographically, Ukraine is an enormous barrier against any western assertiveness by Russia. Psychologically, the loss of Ukraine has been far harder for Russia to swallow than the loss of, say, the former Czechoslovakia (foreign minister Kozyrev’s fantasies about a longstanding Russian “interest” in Prague notwithstanding). And historically, Ukraine is a country whose claims on the support of the West are, frankly, far less established than the claims of Poland, the former Czechoslovakia, and Hungary.

This complex of goals and strategic realities does not lend itself to a policy that is readily captured in one memorable word or phrase. Moreover, a policy adequate to the demands of our goals and the complexity of the strategic facts on the ground requires the U. S. government to keep several things in mind at once, and in fact to do several things at once. These are not skills for which our government is renowned. But difficulty is not impossibility, and with the stakes as high as they are, we have little choice but to make the effort. 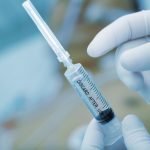 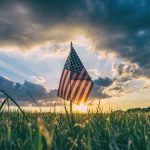