The Case for "Moral Democratic Realism"

In The Joys of Yiddish, the late, great Leo Rosten noted with relish the classic definition of chutzpa: “Chutzpa is that quality enshrined in a man who, having killed his father and his mother, throws himself on the mercy of the court because he is an orphan.” So chutzpa may not be precisely the term to describe a distinguished academic like Pepperdine’s Robert G. Kaufman. Perhaps colloquial Italian helps. Palle corazzate catches Dr. Kaufman’s attributes exactly, but it’s not a phrase easily translated for family newspapers. So let’s stipulate, albeit less colorfully, that Dr. Kaufman is a man of uncommon intellectual courage.

Which is just what it takes to publish, in 2007, a book entitled In Defense of the Bush Doctrine.

I first met Bob Kaufman when he was preparing a biography of one of my political heroes, the late Senator Scoop Jackson of Washington State. Henry M. Jackson: A Life in Politics was a triumph: here was Scoop in full, insightful, courageous, occasionally flawed, his life’s story told by a biographer who didn’t cotton to contemporary fashions in biography-as-pathography and who remained both respectful and critical. In his new book, Professor Kaufman tries something the Bush Administration seems oddly reluctant to mount — a full-scale defense of its grand strategy of promoting free societies as the path to world peace and stability.

“Moral democratic realism offers a ..compelling framework for American grand strategy…because it takes due measure of the centrality of power and the constraints the dynamics of international politics impose, without depreciating the significance of ideals, ideology, and regime type. It grounds American foreign policy in Judeo-Christian conceptions of man, morality, and prudence that innoculate us against two dangerous fallacies: a utopianism that exaggerates the potential for cooperation without power; and an unrealistic realism that underestimates the potential for achieving decency and provisional justice even in international relations. It rests on a conception of self-interest, well understood, and respect for the decent opinions of mankind, without making international institutions or the fickle mistress of often-indecent international public opinion the polestar for American action…”

“Moral democratic realism” follows Augustine in its determination to see things as they are and Thomas Aquinas in its resolve not to leave things as they are, when prudence indicates that positive change is possible. “Moral democratic realism” is one 21st century embodiment of what used to be called Catholic International Relations Theory — although few Catholics today (including many publishing in America and Commonweal, where Catholic I.R. Theory used to flourish) remember that this distinctive way of thinking about the world ever existed.

Kaufman rightly rejects alternative grand strategies on prudential grounds. Isolationism of the Pat Buchanan sort ignores the lessons of history and, to our eventual endangerment, abandons any American commitment to helping build order out of chaos in the world. Neo-realism (think Brent Scowcroft, James Baker, and most of the permanent State Department bureaucracy) imagines that messes like the Middle East can be managed by manipulating “our thugs;” yet this is precisely the approach that helped create conditions for the possibility of 9/11. Jimmy Carteresque multilateralism is hopelessly unrealistic, and thus dangerous.

True, proponents of “moral democratic realism” might be more, well, realistic by  describing their goal as the advance of responsible and responsive government in the Middle East, rather than as “democracy” (in our sense of the term). Still, Kaufman argues that this approach to world politics is more prudent than alternatives that neglect the true “root cause” of jihadist terrorism: “the insidious interaction of poverty, brutality, and oppression that spawns secular and religious radicals and rogue regimes implacably hostile to the United States mainly for what it is rather than what it does.”

That strikes me as spot on. If this long-distance presidential campaign is ever to move beyond Democratic Bush-bashing and Republican Bush-detaching in order to engage real questions of grand strategy, Bob Kaufman’s fine book (available from the University of Kentucky Press) is required reading for thoughtful candidates and citizens alike. 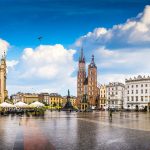 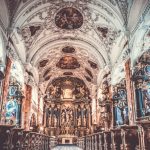