The Cardinal Among the Latter-Day Saints

The three years of service that Cardinal Francis George of Chicago has given the Church as president of the United States Conference of Catholic Bishops have been a great blessing. A recent speech the cardinal gave at Brigham Young University in Provo, Utah, suggests that that service will continue long after Cardinal George hands the gavel to his successor as USCCB president in November. Scholar-bishops have been rare in the history of the Church in the U.S; Cardinal George is an exception, a true intellectual with the gifted teacher's capacity for making serious material accessible to people who've earned fewer degrees than he has. That gift was on full display at BYU this past February 23.

After noting that Mormons and Catholics had lived “mostly apart from one another” for 180 years, and telling a nifty story about his 2007 experience guest-conducting the Mormon Tabernacle Choir (while getting in a plug for his beloved Chicago Cubs), Cardinal George got down to the business at hand, which was to explore why distance and suspicion have been replaced by mutual recognition and co-belligerency, as Catholic and Mormons have discovered in each other common moral principles and a shared commitment to reforming our culture. The first point of tangency in this new relationship has to do with religious freedom.

As I've noted before, there is an attempt in some quarters today to hollow out religious freedom by reducing it to a variant on lifestyle choice — an essentially private matter. Cardinal George is not buying that and he told his Mormon audience why:

Religious freedom cannot be reduced to freedom of worship or even freedom of private conscience. Religious freedom means that religious groups as well as religious individuals have a right to exercise their influence in the public square…[A]ny attempt to reduce that fuller sense of religious freedom, which has been part of our history in this country for more than two centuries, to a private reality of worship and individual conscience as long as you don't make anybody else unhappy, is not in our tradition. It was the tradition of the Soviet Union, where Lenin permitted freedom of worship (it was in the constitution of the Soviet Union) but not freedom of religion.

The cardinal then moved on to the defense of the family:

…[It's] not individuals and their rights that are the basis of society, although they might be the basis of a political order, but it is the family that is the basic unit of society: mothers and fathers who have duties and obligations to their children, and children who learn how to be human in the school of love which is the family, which tells us that we're not the center of the world individually but are rather always someone's son, someone's daughter, someone's brother or sister or cousin or uncle. The family relationships are prior to individual self-consciousness. That is the basis of Catholic social teaching…

Marriage, which is the basis of the family, is not something the state can redefine: marriage is an institution of civil society that a just state must acknowledge and protect. States that insist on redefining marriage will therefore get pushback from religious institutions that understand that the state is attempting to encroach on territory that is in principle beyond its reach. The state will not like this. It will attempt to compel compliance with its redefinitions, and “if this first wave is successfully resisted, there will be a second series of government punishments for our persistence. We will lose state or local government contracts, tax exemptions, anything else that could be characterized as a 'subsidy' for our 'discrimination'.”

And that is why, Cardinal George concluded, “interreligious coalitions formed to defend the rights of conscience for individuals or for religious institutions should become a vital bulwark against the tide of forces at work in our government and society to reduce religion to a purely private reality. At stake is whether or not the religious voice will maintain its right to be heard in the public square.”

PrevWhat JFK Wrought at Houston
When the Mask of Tolerance SlipsNext 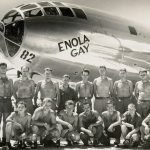