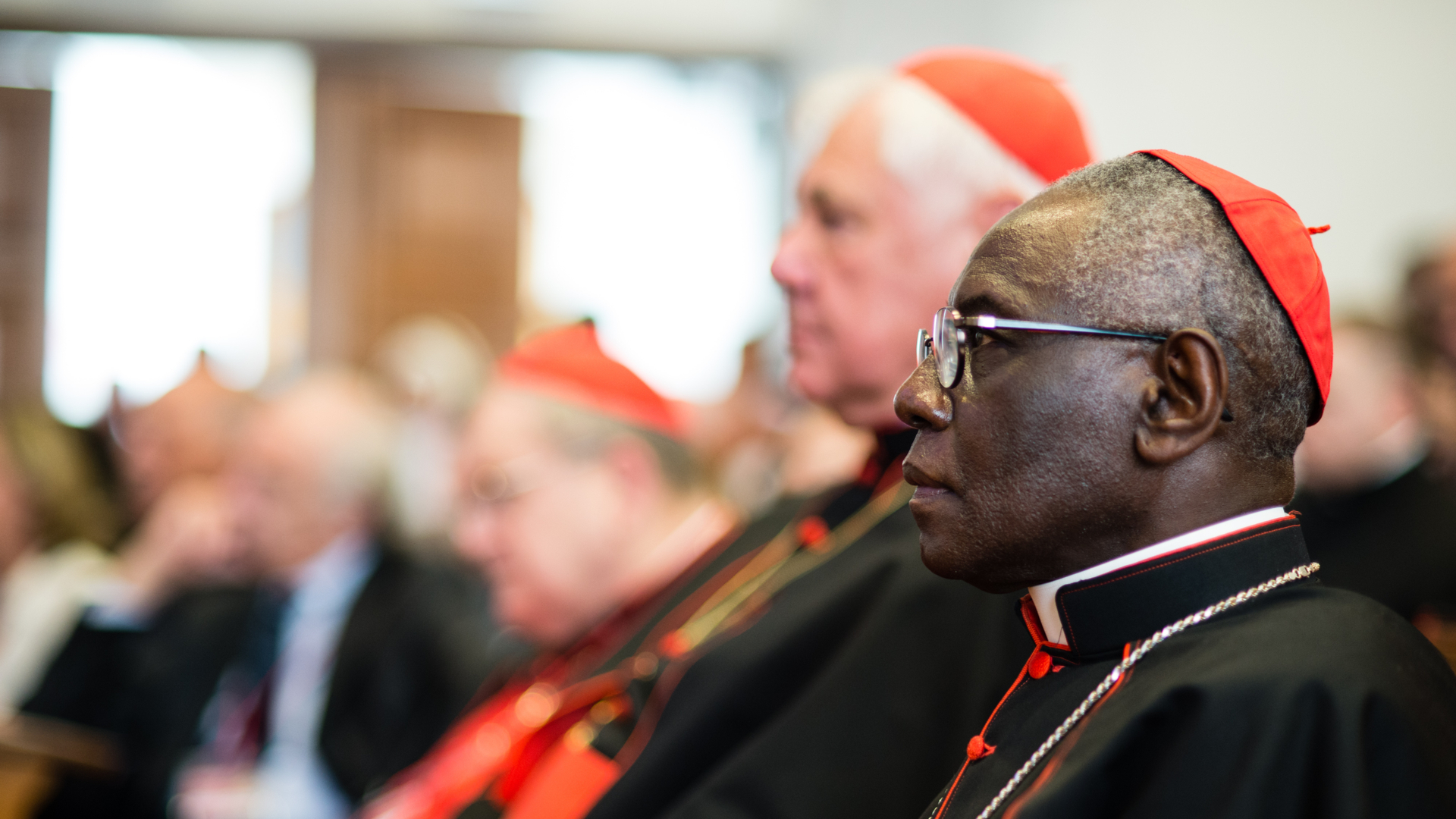 The Bullies and That Book

Immediately after news broke on January 12 that Pope Emeritus Benedict XVI and Cardinal Robert Sarah had written a book on the crisis of the priesthood in the 21st-century Church, online hysteria erupted—which rather underscored the prudence of a New Year’s resolution I had recommended to concerned Catholics in a January 1 column: “Resolve to limit your exposure to the Catholic blogosphere.”

The extraordinary venom spewed at the pope emeritus and the cardinal by more than a few commentators did not advance the Church’s discussion of the reform of the priesthood one jot or tittle. It actually retarded that urgent discussion, diverting attention from some urgent issues (including the deep roots of the abuse crisis and the meaning of clerical celibacy) by treating a serious book as if it were a partisan political tract.

Yet the cacophony over the Benedict/Sarah book, From the Depths of Our Hearts, did serve two useful purposes: It spoke volumes about the character of the venomous, and it clarified some of the dynamics roiling the Church as the pontificate of Pope Francis approaches its seventh anniversary on March 13.

The attack on Pope Emeritus Benedict was exceptionally nasty—and deeply ill-informed. One prominent partisan of the current pontificate opined that Benedict is “conscious barely half an hour at a time”; another wizard from the left-field bleachers had it that Benedict was “incapacitated.” Neither man has the faintest idea of what he’s talking about. I spent a full 45 minutes with Pope Emeritus Benedict this past October 19, discussing a broad range of issues. He was quite frail physically, but in the early evening of what I assume had been a normal day, he was completely lucid, quite well-informed, eager for new information, full of good humor, and able to recall themes and personalities from conversations we had had decades earlier. The pope emeritus seemed clear as a bell, intellectually, at age 92; can the same be said for those who, relying on “reports,” dismiss him as a senile old man, out of touch with events and perhaps even reality?

The attack on Cardinal Sarah was equally vicious and just as ill-informed. I have had the honor of knowing the Guinean cardinal for several years and, like anyone who has spent significant time with him, I have found him a man of profound holiness: a truly converted disciple of Jesus Christ whose ministry flows from his radical fidelity to the Lord. Despite the caricatures perpetrated by those who evidently fear his present and future influence in the Church, Cardinal Sarah has also struck me as a man of Christian joy, still amazed at the grace of God that has been at work in his life, and therefore able to laugh (in that robust way that only Africans can) at the human foibles of the moment. Cardinal Sarah was not laughing, however, at the claim that he had lied about the origin and nature of From the Depths of Our Hearts—and his righteous, if controlled, anger confirmed what those who actually know him understand: This is an honest man.

These calumnies against Benedict and Sarah were amplified by another absurd charge: that by discharging their minds and consciences on what is necessary for an authentic reform of the priesthood, the pope emeritus and the cardinal were somehow interfering with Pope Francis’s “discernment” after the Amazonian synod of this past October. So it has now come down (and I do mean down) to this: The partisans of openness and dialogue are now telling two of Catholicism’s most distinguished sons that their views are unwelcome; that the theological and pastoral defense of clerical celibacy is an act of disloyalty to Pope Francis; and that they should just shut up.

These are not the tactics of advocates convinced that they have won the substantive argument and are likely to continue winning. These are the tactics of those who, fearful that time is running out, imagine that their only recourse is to resort to bullying.

There is nothing of churchmanship in this, nor is there anything of Christian charity. The reform of the priesthood is essential for the evangelizing mission of the Church. Those who dismissed a serious proposal for such reform, in large part by vilifying its authors, branded themselves as less interested in reforming the priesthood of the New Covenant than in ecclesiastical power games.

Martyrdom and the Christian Future in Iraq