Cracow — According to the July 11 Washington Post, aides to President Obama are using a Twitter account with the moniker #TheBearIsLoose to drum up trade for the president’s current magical mystery tour. Here, along the banks of the Vistula River, with the immediate neighborhood getting more ominous by the week, the notion that the Bear is loose has a different connotation: The Bear is indeed loose, once again, and has been making a lot of trouble, first in Crimea, then in Donetsk and Luhansk and other parts of southern and eastern Ukraine, while continuing to threaten the Baltic democracies and occupy Transnistria in Moldova. The Bear is Vladimir Putin’s Russia on the prowl, not the beer-swigging Barack Obama, “connecting” with the citizenry.

This is the 21st consecutive July that I’ve taught in Cracow, in the Tertio Millennio Seminar on the Free Society. Over more than two decades, the seminar (which I like to say is the only such educational enterprise named with a Latin ablative) has given some 800 young leaders of the new democracies of Central and Eastern Europe, plus students from North America, a crash course in the basic ideas that Catholic social doctrine proposes about the free and virtuous society of the 21st century, while concurrently offering an immersion experience in the closest thing you’ll find these days to an intact Catholic culture. The seminar began in 1992 in the first blush of post–Cold War optimism, and its tone has changed since then: My faculty colleagues and I are much more sober about the victory of freedom in the West, because the West has become so confused about the meaning of freedom. Our students sense this, too. But in 2014, what is creating ominous clouds of concern over our work here in Cracow is the fact that the Bear is loose again, and the parallel fact that the man whose aides style him “the Bear” in twittering has not the first idea of what to do about that: a helplessness and, if you’re feeling uncharitable, a cravenness shared by other “leaders” of the West.

Over the years, the seminar has trained many Ukrainian activists who, as graduate students, junior faculty, clergy, or professionals, have helped make the Maidan revolution of dignity in Ukraine these past eight months. So it seemed appropriate to invite Bishop Borys Gudziak of the Ukrainian Greek Catholic Church to give a guest lecture to this year’s seminar on the Maidan movement, its parallels to the revolution of conscience that John Paul II launched in Poland in 1979, and its challenges for the future. Bishop Gudziak and I also had the opportunity to get caught up personally, and during our conversation before his lecture, he shed some light on the agitations (and worse) in Ukraine — light that illuminates just what is happening with the Bear on the loose again in that part of Eastern Europe.

What the Western media insist on lumping together under the label “Ukrainian separatists” are in fact, according to Gudziak, four different categories of bad guys working more or less in sync. There are Russian special forces involved, and everyone in Ukraine knows it. There are Ukrainian quislings, probably in the pay of former president Viktor Yanukovych, who, as the bishop noted, is being compelled by Putin to use funds from the $50 billion he and his cronies stole during his presidency to underwrite financially the “separatist” rebellion in parts of Ukraine: a nifty bit of payback from Putin for Yanukovych’s having made such a mess of things that he had to flee to Russia, with self-financing mayhem in Ukraine thrown into the bargain. Then there is a criminal element, which includes people of dubious mental stability who actually believe the rhetorical bilge being pumped out by Moscow and the “separatist” “leadership.” And there are Russian mercenaries, including Chechens under the sway of Ramzan Kadyrov, the self-styled “president of Chechnya,” who is providing cannon fodder in Ukraine as a payoff to Putin: the cannon fodder in question being young men who were given $100 and a gun at age 15 a decade ago, and who have been nomadic killers ever since. (In a very nasty neighborhood, Kadyrov is in something of a class by himself. Suspected of involvement in the death of Russian investigative journalist Anna Politkovskaya, who had dared to criticize him, he threw himself a multi-million-dollar 35th-birthday party in 2011 that featured Hilary Swank, British violinist Vanessa-Mae, and other Hollywood and glitterati notables.)

The Russian strategic idea in all this, Gudziak suggested, was not “win-and-occupy,” meaning an invasion, but rather the fomenting of constant chaos and instability, in order to convince the West that Ukraine in its present form is unsustainable. Then, when Western pusillanimity has given way to Western despondency over Ukraine’s future, most of the country, including Kyiv (essential to maintaining the historical narrative that Putin has concocted) can be re-absorbed into a “New Russia,” leaving a western-Ukrainian rump around Lviv to make of itself what it can.

Bishop Gudziak stressed to my students that the key to the Maidan revolution, and to any Ukrainian future, was to break out of the “box of fear” that was created during Ukraine’s awful mid-20th century (grippingly described in Timothy Snyder’s indispensable Bloodlands: Europe Between Hitler and Stalin) and reinforced in the Soviet period, during which Ukraine was home to the largest concentration of KGB agents in the entire USSR. In the post-Soviet world, this deeply ingrained habit of fear helped underwrite the systematic corruption in every sphere of life that, Gudziak insisted, is Ukraine’s “number one problem: Putin is number two; corruption is number one.” And corruption exists not only because people take bribes, but also because people give bribes: to get into university, to get a good grade once there, to get a job, to get the verdict they want in a lawsuit, to build a business. Thus the Maidan revolution must continue to be a revolution of conscience, in which a critical mass of Ukrainians consciously decide to live honestly, refusing to participate in the Mafia-like system to which they are accustomed.

Ukraine also poses questions for Europe, the bishop said, and by “Europe” I take it he means the entire West. And the many strategic, political, and economic questions Ukraine poses for the West revolve around the meta-question “What do you live for?” As Gudziak put it with some passion in speaking to my students, people “died under a European flag on the Maidan in February, and died for what they explicitly said were ‘European values’ — the first time that has ever  happened under the flag of the European Union.”

Does that mean anything to a Europe in which Germany is paralyzed by Russian gas contracts, France sells warships to Putin, and, in London, the City is awash in Russian monies looted by an oligarchic and old-KGB-based Russian mafia that sends its sons to Eton and Harrow?

And does that mean anything to a Washington where the putative Leader of the Free World is styled “the Bear” by callow and feckless aides, while the real Bear lurches about in Eastern Europe, with lethal consequences?

This article was originally published on National Review Online
http://www.nationalreview.com/article/382553/bear-loose-george-weigel

PrevThe Uses of Monarchy
An Eminent Distortion of HistoryNext 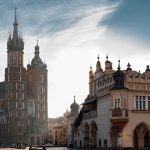 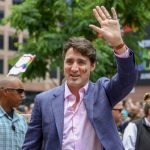