The dramatic resignation this past Sunday of the newly installed archbishop of Warsaw, Stanislaw Wielgus, who admitted to having agreed to collaborate with the Polish secret police after initially denying any such involvement, has brought into the full glare of international attention a debate that has roiled the Catholic Church in Poland for two years: how should the church respond to the secret police files that are now housed in Poland’s Institute of National Memory (IPN, in the Polish acronym)? Under Polish law, those files are available to both victims of communist-era persecution and legitimate historical researchers; historians had previously learned, and written, that several prominent Polish priests had collaborated, in different ways, with Poland’s communist authorities. The Wielgus affair, which exploded over a period of two brief weeks, is the first time allegations of collaboration have touched a man who subsequently became a member of the Polish hierarchy.

<textbodyblack$3>The IPN materials are what the FBI would call “raw files”: everything the Sluzba Bezpieczenstwa (the Polish secret police, or SB) had on anyone was dumped, undigested, into these files, which were eventually archived in the IPN after the fall of communism. The materials are of wildly divergent reliability. Agents, eager to enhance their own reputations, were not above making things up to meet their quota of “information” (Wielgus, for example, was said to speak Spanish, which he doesn’t). What the IPN files do reflect, however, is the breadth and intensity of the communist campaign to suborn every independent force in Poland, which was staggering: every Polish seminarian, from the day he entered the seminary, had not simply a file, but a watcher/agent, whose job it was to report on the seminarian’s activities and attempt to recruit him. The net result of this massive SB campaign, typical of totalitarian states but almost unimaginable to many in the West, was to generate what IPN officials with whom I have worked describe as a mass of material that, were the individual file folders to be shelved sequentially, would extend for one hundred miles. Moreover, those same IPN officials believe that there is a duplicate, in Moscow, of virtually every piece of paper in those hundred miles of SB files; how, they ask, could it not be so, given the relationship of the SB to the KGB?

<textbodyblack$3>For two years now, the Polish church has debated what it should do about these records. One moment in the Wielgus affair suggests an answer—an answer that has, in fact, been bruited among Polish Catholics for some time. In the wake of the initial allegations against Wielgus, Poland’s human-rights ombudsman, Dr. Janusz Kochanowski, a respected legal scholar charged by the Polish constitution with the protection of citizens’ rights, appointed a three-member commission to determine whether the archbishop’s civil rights had been compromised or his integrity falsely impugned. The commission (consisting of a priest, a historian and a journalist) reviewed the documents, concluded that Wielgus had indeed signed a letter-of-intent-to-collaborate, but did not discover any reports written or signed by Wielgus himself (and was thus unable to determine either the scope of his activity or whether he had done any direct harm to anyone). The commission, unlike some less scrupulous Polish journalists, declined to speculate on his motives, which could not be assessed from the files. This, one might suggest, is precisely the kind of sober, responsible vetting process that Polish church authorities, in cooperation with the Vatican, should have initiated on their own, prior to the nomination of a new archbishop of Warsaw. It is also the kind of process that the church should now initiate in order to clarify and defend the truth of its history.

<textbodyblack$3>From what is known now, it is possible that Stanislaw Wielgus made a one-off, serious mistake as a young priest, by signing an agreement-to-cooperate letter with the SB—and then provided nothing of consequence to the SB, or did anyone any harm. He had been a respected scholar at the Catholic University of Lublin and a successful bishop in Plock; his appointment as archbishop of Warsaw was welcomed by leading Polish Catholics, including those who had argued that the church should take the lead in studying and making public the full details of Catholic collaboration with the SB during the communist period. But when Wielgus’ public denials—first, of any collaboration, and then, of any signed agreement-to-collaborate—were falsified by both the ombudsman’s commission and a special church commission, his moral authority was eroded to the point where a resignation became virtually inevitable.

<textbodyblack$3><textbodyblack$3>That resignation ought to be seen, by the Polish church leadership, as an opportunity: an opportunity to end the internecine wrangling over the IPN files and initiate the kind of study the Kochanowski commission embodied in microcosm in the Wielgus affair—a study of the IPN materials by responsible clergy and laity in order to provide the Polish people with a reliable portrait of how churchmen behaved during the communist period. Scholars who have already worked in the IPN archives are convinced that any such comprehensive study will not change the basic story line of late-20th- century Polish history: that a heroic Catholic Church, led by Cardinal Stefan Wyszynski and John Paul II, was the foundation and backbone of a successful national resistance to communism’s usurpation of Poland’s liberties. “No Church, no Solidarity, no Revolution of 1989” will remain the master truth of Poland’s history for the decades after 1945.

<textbodyblack$3>Such a study will also, inevitably, show that not every churchman was a hero (even as it will likely show that there were more heroes than scoundrels, and by orders of magnitude). At the same time, such a study, properly conducted, will help Poles, and others, avoid the black-and-white caricatures that misshaped media coverage of the Wielgus affair, as if every act of collaboration were of the same degree of wickedness. From what we already know, thanks to studies in the IPN archives, some churchmen had dealings with the SB for no other reason than that anyone in Poland who wanted a passport had to speak to the SB. Others, like Wieglus, signed agreements-to-cooperate; but there was a wide spectrum of cooperation, some of which did little or no harm. Still others constantly blabbed clerical gossip to the SB, which in the case of a former classmate of John Paul II, seems to have had more to do with ego than with any intent to harm the church. Others were venal, cooperating for money. And still others agreed to work with the SB because they were persuaded, somehow, that doing so would help liberalize the tight-ship church of Cardinal Wyszynski. When all is said and done, it may be that some 10 percent of Poland’s clergy were suborned by the SB, in varying degrees of complicity (and turpitude). But that is itself a compliment to the Polish church, when one considers that estimates of collaboration with the East German secret police, the Stasi, approach 50 percent of the entire population of the old German Democratic Republic.

<textbodyblack$3>The Catholic Church thus has everything to gain by turning the Wielgus affair into an opportunity to deal with the IPN archives in a serious way, making a clean breast of its modern history while helping shape a sophisticated public understanding of the nature of life under totalitarianism—which is already being forgotten among too many Poles (not to mention Westerners). By the same token, Polish Catholicism has a lot to lose, if it does not take the responsibility to tell the full truth about its recent history—and the potential damage reaches far beyond the court of public opinion. For, if every piece of paper in the IPN’s archive is duplicated in Moscow, then the Catholic Church in Poland will be open to blackmail for the foreseeable future, if it does not take the lead in clarifying the truth about its past, with both its glories and failures. For 50 difficult years, from Hitler’s invasion in 1939 until the communist crack-up in 1989, Polish Catholicism fought tenaciously and successfully for its independence, and Poland’s, by emphasizing the liberating power of the truth. That brilliant accomplishment must not be compromised now by a stubborn reluctance to face the full truth of those five decades, a reckoning which is essential to helping Poles of today and tomorrow—and the rest of the world—understand what those truths mean.

This article was originally published on Newsweek Online
http://www.msnbc.msn.com/id/16531027/site/newsweek/from/ET/ 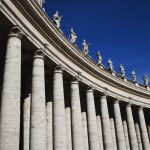