With Justice Samuel A. Alito, Jr., safely and, I trust, happily, seated on the United States Supreme Court, apologies are in order — as they frequently are after these judicial confirmation brawls.

The first apology is due to the Framers of the Constitution, who never intended the Federal judiciary to assume the dominant role it now plays in our public life, and who could not have imagined that confirmation hearings for a Supreme Court nominee would become the most bitterly contested exercises in American politics. The Court itself is the chief culprit here, for the most fevered issues of our public life should not be decided (often peremptorily) by judges; they should be decided by the people through their duly-elected representatives. If the Roberts Court tempers the judicial overreach of the past five or six decades, it will do a signal service to the Republic.

The second apology is due to Justice Alito. That a man of transparent integrity and competence should be subjected to scurrilous innuendo about his probity and his skill is bad enough, not least when such groundless suggestions come for the senior senator from Massachusetts, who seemingly cannot enunciate a coherent, grammatically correct English sentence without reading from a staff-written cue card. But then Senator Edward Kennedy outdid himself with this charge, the week before the Senate vote: “Judge Alito does not share the values of equality and justice that make this country strong.”

That is a lie. To be precise, it’s that form of lie known as calumny, which, according to the Catechism of the Catholic Church, is an offense against both justice and charity, because false statements that harm the good name and reputation of others give rise to false judgments about them. Perhaps the good citizens of Massachusetts owe the rest of us an apology for returning to the Senate a blustering bully who is dishonest in a particularly odious way?

I don’t know whether one can apologize to the truth, but the truth, as usual, took a beating in the Alito hearings. There were serious questions to be explored with the nominee: the reach of presidential power in the distinctive kind of war in which we find ourselves; the importance and limits of Court precedent; the constitutional grounds for thinking through the Church-state and affirmative actions issues on which the vote of Justice Sandra Day O’Connor, whom Alito was nominated to replace, was often decisive (if according to reasoning that often defied logic). Some of this was explored during the hearings, to be sure. Underneath the verbiage, though, it quickly became clear that the real issues were abortion, presidential power, abortion, abortion, and abortion (as columnist Mark Steyn neatly put it).

And here, again, some of the most vigorous defense of Roe v. Wade and its open-ended abortion license came from senators who are Catholics: Kennedy, Durbin of Illinois, Biden of Delaware, Leahy of Vermont. Yet another senator who is a Catholic, John Kerry (D-Davos and Massachusetts) led the charge to filibuster the Alito nomination — a gambit in which he was supported by numerous other Catholics in the Senate.

Years ago, the United States Conference of Catholic Bishops wisely decided not to take positions on judicial nominations. Yet when professed Catholics are systematically misrepresenting the truth in the matter of the inalienable right to life — a grave civil rights issue the bishops have addressed in a clear, non-partisan, and non-sectarian way — is there nothing to be said by the Church’s leaders? As Jody Bottum has pointed out in a provocative article in the Weekly Standard, Catholic ideas and Catholic “language” (especially the language of natural law) now play an enormous role in shaping our public life — but because of Catholic activists, intellectuals, jurists, and (some) politicians (like convert Senator Sam Brownback), not because of effective work by the institutional Church. If apologies are not due here, perhaps examinations of conscience are.

The next Supreme Court nominee will mark the so-called tipping-point. Expect that nomination battle to be even more grisly than this one, with even more apologies required afterwards. 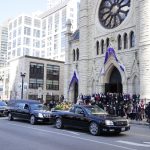 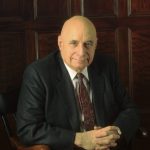