Twenty-one years in Washington, D.C., should have rendered me impervious to the bizarre. But I confess to having been taken aback in mid-October when, inside a grocery where I was vainly searching for some decent Peccorino Romano, I saw an enormous Christmas display with ersatz snow and all the trimmings. It was bad enough when stores started putting out the Christmas decorations (or, as they now say, “holiday decorations”) a nanosecond after sweeping their shelves of leftover candy corn and other Halloween goodies beloved of dentists with medical school bills to pay. But Santa and the elves two weeks before Halloween?

It works the same way at the other end, so to speak. The estimable Father John Jay Hughes reports that the St. Louis Post-Dispatch ran a feature article last December 26 on how to disassemble and store Christmas decorations. As Father Hughes commented, “In my childhood, thanks to my Anglican priest-father, we were never permitted to put up the tree or any Christmas decorations until Christmas Eve. And once up, they stayed there until at least the Octave of Epiphany” (which, I’d perhaps better note, would be January 13 – if, that is, the bishops hadn’t moved Epiphany from its proper date to a nearby Sunday, a folly surpassed only by the biblical absurdity of Ascension Thursday Sunday).

Fifteen years of intense involvement with Poles and Poland has given me an even more capacious view of the Christmas season. In Poland, the decorations stay up, the Christmas carols are sung, and the celebration of the Incarnation continues until February 2, the Feast of the Presentation, or Candlemas. That’s the way it was in the papal apartment in Rome between 1978 and 2004. And that’s the way it will be in Poland’s intact Catholic culture this year.

Railing against secular America’s calendrical translation of the “Christmas season” into a period between mid-October and 8 a.m. December 26 (or whenever the post-Christmas sales start at the malls) is of less importance, though, than trying to ensure that the Church’s Advent and Christmas seasons are not temporally hijacked by the surrounding culture. If memory serves, Advent got exceedingly short shrift last year, being essentially just three weeks long: which meant twenty-five percent less time to reflect on the two great themes of that wonderful time – the Second Coming and the Incarnation. Worse yet, more and more Catholic churches seemed to be succumbing to the secular redefinition of the seasons by putting up Christmas decorations during the third or even second week of Advent. The truncation was just as bad at the far end, what with the transfer of Epiphany to Sunday, January 2.

We need more Advent and Christmas, not less – but we need them at the proper time, which is the Church’s time, not Macy’s time or Wal-Mart’s time. Taking Advent seriously would be a good beginning. The widespread use of Advent wreathes in churches is a welcome development. Even more welcome would be pastors actively encouraging every Catholic family to have an Advent wreath in their home, to learn the rituals of lighting it, and to pray together at the nightly lighting of the wreath during one of the most spiritually rich seasons of the Church’s year of grace.

Reconstituting the liturgical calendar would also help. The Solemnity of the Epiphany belongs on January 6, period. Restoring Epiphany to its proper place would do justice to a generally neglected feast; in a nifty countercultural move, it would also stretch the Christmas season back to its proper length. And while we’re on the Epiphany, why not stretch it out, too? Bringing back, say, three “Sundays After Epiphany” would give the Church a greater opportunity to pray over the mission-to-the-nations, one of the great themes embedded in the Lord’s “epiphany.” What’s the rush to get to “Ordinary Time” (an ill-advised moniker if ever there was one)? Wouldn’t it be spiritually beneficial to spend more time in that extraordinary time marked by Advent, Christmas, and Epiphany?

A Shining Symbol of Religious Freedom 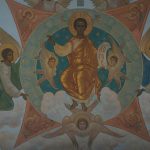