The next conclave will be strikingly different from its predecessors: there will be a far larger and much more diverse group of electors; the cardinals will be living comfortably (in a Vatican guest house) rather than miserably (in makeshift cubicles in the Apostolic Palace); the world and the Church now expect things of a pope that were not expected in the past. Still, a look at the conclaves of the 20th century suggests that there are almost always surprises afoot when the doors of the Sistine Chapel close and voting begins.

The 1903 conclave that elected Giuseppe Sarto, patriarch of Venice, as Pius X was the last at which a monarch – in this case, the Austro-Hungarian emperor Franz Jozef – vetoed a candidate: Cardinal Mariano Rampolla, Secretary of State of the recently-deceased Leo XIII. One of Pius X’s first acts was to issue a decree forbidding such interventions in the future.

The 1914 conclave, held shortly after World War I broke out, had a dramatic ending. Cardinal Giacomo della Chiesa, archbishop of Bologna, seemed to have been elected by one vote. But his bitter enemy, Cardinal Raphael Merry del Val, insisted that the ballots be checked to insure that della Chiesa hadn’t voted for himself. He hadn’t. When the cardinals offered their homage to the newly-elected Benedict XV, the new pope reportedly said to Merry del Val, puckishly or frostily, “The stone that the builders rejected has become the cornerstone.” To which the unabashed Merry del Val replied with the next verse of Psalm 118: “This is the Lord’s doing; it is marvelous in our eyes.”

In 1922, the same ideological forces that had collided in 1914 fought it out again, this time to a deadlock between the more open-minded Cardinal Pietro Gasparri and the “integrist” candidate, Cardinal Pietro La Fontaine. The deadlock was broken on the fourteenth ballot when Cardinal Achille Ratti was elected as Pius XI. Ratti had been archbishop of Milan and a cardinal for less than eight months.

The 1939 conclave was the only 20th century papal election that didn’t produce any surprises. Pius XI had long indicated that he thought his Secretary of State, Cardinal Eugenio Pacelli, was the best possible successor. Meeting on the brink of World War II, the cardinals evidently agreed, as Pacelli was elected as Pius XII in a one-day conclave.

Nineteen years later, there were no obvious successors to Pius XII, with various candidates being bruited in the press. The French cardinals came to Rome determined to elect a man some had dismissed as over-the-hill: 77-year old Angelo Giuseppe Roncalli, patriarch of Venice and former nuncio to France. The Frenchmen held their votes together even when Roncalli’s candidacy seemed to slip, gathered allies, and eventually got their candidate elected as John XXIII. There were only fifty-two electors in 1958 (compared to 117 today); it is reported, perhaps apocryphally, that one elderly and confused cardinal kept voting for “Achille Ratti” throughout the balloting.

John XXIII’s signature accomplishment, the launching of the Second Vatican Council, set the context for the 1963 conclave. Anti-Council cardinals wanted to bring Vatican II to a swift conclusion; others were determined to forge ahead. John XXIII had sent oblique signals indicating that he thought Cardinal Giovanni Battista Montini, archbishop of Milan, would make a fine pope, but anti-Montini voters blocked his election in the early balloting. Cardinal Gustavo Testa, an old friend of John XXIII, then blew his stack in the Sistine Chapel, demanding that the intransigents stop impeding Montini’s path. Montini was elected the next day, took the name Paul VI, and began a fifteen-year Gethsemane in the office for which many thought him perfectly prepared.

The first conclave of 1978 illustrates the power of one energetic Great Elector to shape a conclave. Cardinal Giovanni Benelli, once Paul VI’s principal aide, had settled on Cardinal Albino Luciani of Venice as his candidate; Benelli convinced others; Luciani was elected in a day – only to die thirty-three days later of a thrombosis. The psychological and spiritual earthquake produced by John Paul I’s sudden death created the human conditions for the possibility of doing the unthinkable – electing a non-Italian – in October 1978. 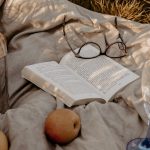 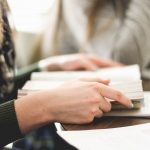