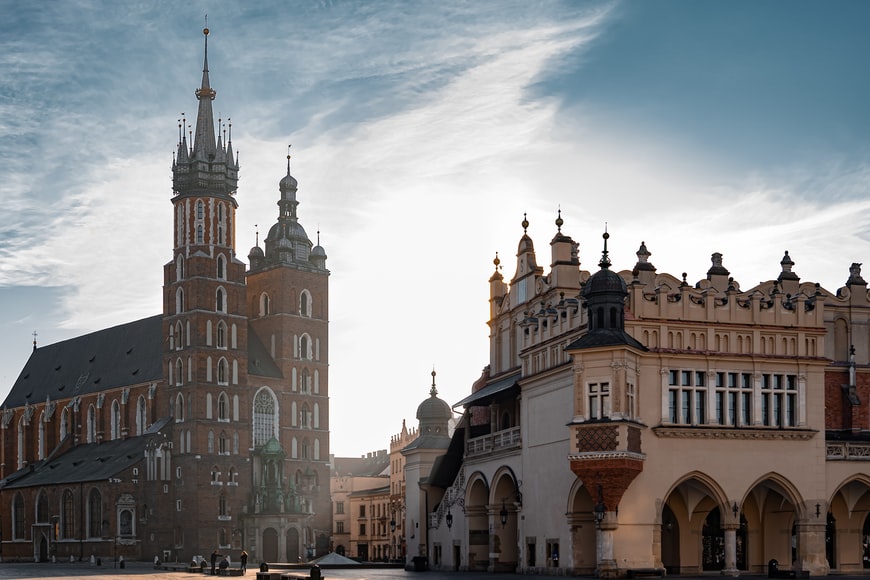 CRACOW. A lot has changed over the twenty years I’ve been coming to this beautiful city. The grayness and disrepair that were by-products of communism have been replaced by architectural and decorative splendor in one of the world’s great urban spaces — the Cracow Old Town. There were two possible restaurants in the entire city, when I first visited Cracow in 1991; there are now dozens within the Old Town alone. People walk with their heads up rather than shuffling along, looking down, trying not to be noticed by the secret police ferrets who were everywhere in the bad old days. Plastic shoes — a staple of communist-era footwear — are nowhere in sight.

Yet some things haven’t changed. On any given Sunday, Cracow remains an intensely Catholic city in which going to church is the chief civic activity. The Sunday evening students’ Mass at the Dominican basilica is still standing-room-only. Pilgrimages regularly leave from Cracow for the Holy Land shrine at Kalwaria Zebrzydowska or the shrine of the Black Madonna at Czestochowa.

There’s one disturbing change of which I became aware last summer, however: some bright and engaged Catholic young adults simply don’t know the heroic narrative of the Polish Church’s resistance to Nazism and communism, the Church’s role in the communist crack-up, and the price Catholics paid for standing fast against the swastika’s crooked cross and the Marxists’ hammer-and-sickle. This unhappy fact was driven home to my colleagues and me last summer when one of the Polish students in our seminar on Catholic social thought asked, “Who is this ‘Father Popieluszko’ the professors have mentioned?”

“This Father Popieluszko” was, of course, the martyr-priest of Solidarity, who was beatified in Warsaw on June 6 before a vast throng that included his ninety-year old mother. Perhaps it’s understandable that Americans would be a bit vague on the details of Blessed Jerzy’s story: his chaplaincy to Solidarity workers and his monthly “Masses for the Fatherland” after the communist government tried to crush Solidarity under martial law; the threats to his life, which finally resulted in his being beaten to death by the secret police; the dredging up of his battered corpse from a riverbed, and the creation of what Solidarity people called a “little piece of free Poland” around his grave in the churchyard of his Warsaw parish. But for a twenty-five year old Pole not to know who Jerzy Popieluszko was, and what his life meant, suggests that a history of great importance for Poland’s future — and the Church’s future — is being lost.

So in our teaching here this summer, my colleagues and I are making a special effort to remind our central and eastern European students that the freedoms they enjoy today are the fruit of the sacrifice of martyrs. Martyrs like Blessed Jerzy Popieluszko, who in many ways was the voice of John Paul II in Poland when the Pope couldn’t be there himself. Martyrs like Blessed Michael Czartoryski, a Dominican friar from a noble Polish family who nursed the wounded during the August 1944 Warsaw Uprising and who was shot by German troops, along with those for whom he was caring, in September of that year. Martyrs like Blessed Julia Rodzinska, a Dominican nun who took care of typhus victims, often Jewish, in the concentration camp at Stutthof, and who died of that dread disease a few months before the Third Reich collapsed.

In his last book, Memory and Identity, John Paul II wrote of the importance of memory for a country’s sense of its proper trajectory into the future, and suggested that countries that cut themselves off from what is noble in their cultural and historical roots deprive themselves of a rich source of nourishment. The same is true for the Church, whose indebtedness to its “story” is made evident by its daily reading of the Scriptures in the Mass and in the Liturgy of the Hours. For the sake of the Catholic future, the Church’s living memory must encompass the fact that the 20th century was the greatest century of martyrdom in Christian history. That is why the stories of martyrs must be told, and learned, and reverenced. 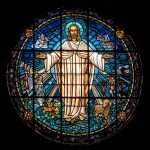 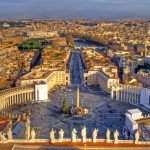