If Irish singer Sinead O’Connor wishes to denounce her mother publicly as an abusive parent, that is her privilege. If Ms. O’Connor wishes to shred a photograph of John Paul II on stage, as she did almost two decades ago, she is, one supposes, within the boundaries of “performance art.” If Ms. O’Connor wishes to “separate” the God she believes in from the Catholic Church in which she was raised, as she put it in a March 28 article in the “Outlook” section of the Washington Post, she is free to do so.

What Sinead O’Connor is not free to do is to misrepresent the teaching and law of the Catholic Church in the Post in order to buttress her claim that the Church is an “abusive organization” and that the Church threatens with excommunication those who would blow the whistle on clerical sexual abusers. That is utterly false. If Ms. O’Connor is aware of that falsehood, she has lied. What is more likely is that she picked up this arrant nonsense from those who are attempting to portray the Catholic Church as a global criminal conspiracy of sexual predators, in order to cripple the Church morally and financially and to drive it from the public square in shame.

The current maelstrom of controversy swirling around the Church and Pope Benedict XVI is replete with Big Lies. One of those Big Lies – that Benedict, as Cardinal Joseph Ratzinger, impeded sanctions against a diabolical Milwaukee priest who had abused 200 deaf children in his care ­- was exploded recently on NRO. Yet another Big Lie is that Benedict XVI is soft on abuse and, as Ms. O’Connor suggested, is more concerned with salvaging the reputations of senior clerics than in rooting out the evil of sexual abuse; the Pope’s sharp rebuke of the Irish bishops and his frank condemnation of abusing priests and nuns in a March 20 letter to the Irish Church reveals that claim for the falsehood it is.

One of the Big Lies left over from the Long Lent of 2002 in the U.S. is that clerical sexual abuse and episcopal malfeasance and misgovernance were abetted by a 1962 Vatican document, Crimen sollicitationis (“The Crime of Soliciting”). That document, and a 2001 letter from then-cardinal Ratzinger to all the bishops of the world on specific abuse cases, have been cited for years as the smoking gun proving that the Vatican is engaged in an international conspiracy to protect child molesters (and its own reputation and exchequer). Ms. O’Connor, wittingly or not, bought this Big Lie in her Washington Post article. Explaining why it’s a Big Lie requires understanding how the Catholic Church understands the sacraments, including the Sacrament of Penance, often called “confession.”

As the Catholic Church understands them, the sacraments are holy things: rituals and words that connect the believer of 2010 with the Risen Christ and with his teaching and action on earth, more than two millennia ago. In confession, Catholics bring their sins before Christ, who acts in the person of a priest, in order to receive God’s merciful forgiveness. Confession can involve a detailed accounting of transgressions, which is one reason that, for centuries, the Church has protected the confidentiality of the Sacrament of Penance with absolute and inviolable secrecy. Catholics have been free to confess their sins without fear that the priest would ever speak a word of what he heard, and that confidence has been buttressed by the fact that any priest who reveals what he hears in confession is automatically excommunicated.

Which brings us to Crimen sollicitationis. The document was crafted to ensure that if a Catholic were solicited to commit a sexual sin by a priest while going to confession, he or she could denounce that priest without being exposed to public scandal. Sinead O’Connor (and many, many others who have been flogging this particular Big Lie) have it precisely backwards. Crimen sollicitationis was not written to protect sexually abusive priests from punishment; it was written to enable the Church to get to the truth about predatory priests without embarrassing their victims or breaking the seal of confession. In fact, the protections required by Crimen sollicitationis encouraged victims of abuse to come forward. By requiring secrecy of the bishop and priests who handled any complaint about a priest-confessor who was a sexual predator, the Church tried to protect the confidentiality of the confessional and the privacy of the victim, not to prevent the crime from being reported to the police by the victim, who was never under any obligation of secrecy. The appropriate analogy is not to some Mafia-like international criminal conspiracy, but to the secrecy of those newspapers that choose not to print the names of rape victims.

This 1962 instruction remained in force until 2001, when Cardinal Ratzinger, as prefect of the Congregation for the Doctrine of the Faith (CDF), issued a new document, De delictis gravioribus (“On more serious crimes”), which continued the effort to protect the confidentiality of confession and the privacy of Catholics abused by confessors while acknowledging that the Church had to respond effectively and consistently to accusations against priests (who, like everyone else, have a right to the presumption of innocence). Anyone with even minimal knowledge of how Ratzinger handled cases of clerical sexual abuse after they fell under the jurisdiction of CDF understands that Benedict XVI is committed to an honest accounting of priestly misconduct and to the ongoing reform of the life and ministry of priests.

So, to repeat: Both the 1962 and 2001 Vatican instructions were intended to protect the privacy of victims and the integrity of the sacraments, and to enable the Church to take serious action against priests who committed the horrible crime of sexual solicitation during confession; no one has ever been threatened with excommunication for blowing the whistle on a clerical sexual predator; and the procedures put in place at CDF in the early part of this decade – like the transfer of these cases to CDF itself – were intended to strengthen the Church’s capacity to deal with clerical sexual abuse, not cover it up. Moreover, the Vatican instructions of 1962 and 2001 were chiefly concerned with (mercifully rare) abuses of the Sacrament of Penance, not the sort of serial abuse of minors that has drawn our attention and disgust in recent years. To fault these documents for not solving a problem they were not written to address is to miss the serious effort made by the Church, largely under Ratzinger’s leadership, to purge the priesthood of sexual predators.

These are facts. They can be verified by any competent canon lawyer. Why the Washington Post chose Palm Sunday, while Benedict XVI was celebrating one of the most beautiful liturgies of the year in St. Peter’s Square, to publish an ignorant and malicious piece by Sinead O’Connor, whose contempt for the Church is well known, is not for us to judge. What we can say, as yet another fact, is that by doing so without any elementary fact-checking, the Post‘s editors have contributed to the further spread of a Big Lie.

This article was originally published on National Review Online
http://article.nationalreview.com/429663/spreading-the-big-lie/george-weigel-and-the-rev-jay-scott-newman?page=1

PrevAdvice for Europe – And For Us
A Legal Travesty in PolandNext 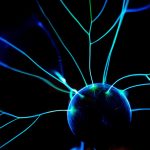 Cloning, Science, and Us