On Christmas Day, 1991, Mikhail Gorbachev transferred the Soviet nuclear codes to Boris Yeltsin, called President George H.W. Bush to wish him a happy Christmas, and picked up a pen, intending to sign the document that would dissolve the Union of Soviet Socialist Republics, created by Lenin seventy-four years before.

The pen wouldn't work. Gorbachev had to borrow a replacement from a CNN crew covering the story.

The Cold War was officially over, which was a very good thing. Yet as we prepare to mark the twentieth anniversary of the fall of the Berlin Wall — the symbolic centerpiece of the Revolution of 1989, which made the dissolution of the Soviet Union in 1991 virtually inevitable — there seems to be a remarkable lack of interest in a struggle that dominated world politics for forty-three years, threatening nuclear ruin to North America, Europe, and the USSR, devastating Korea and Southeast Asia, and embroiling the Third World in proxy wars from which many developing countries have never really recovered. Something that large and consequential, you would think, would merit considerable and ongoing attention. Yet, to take but one example, modern history classes in Polish schools today stop at 1939 (or, in some cases 1945). Things are not much better in the United States, I fear.

Americans are traditionally good winners who don't hold grudges. There was no gloating over the collapse of the USSR. There were no equivalents of the Nuremberg Trials, or the Allied military tribunals in post-war Japan, to bring the murderers of the KGB to book. There wasn't even a VC Day — Victory Over Communism Day — to parallel VE Day and VJ Day in 1945. Perhaps many Americans thought it would have been unsporting to declare victory. We quickly put the Cold War behind us.

Worse than today's lack of interest, however, are those interpretations of the Cold War that suggest it was all a terrible misunderstanding, or that Stalin was “provoked” into hostility toward the West, or that the West could have comes to terms with the Soviet Union long before 1989. With an eye toward the twentieth anniversary of the wall coming down, let me propose a few truths about the Cold War and its ending, with special reference to the Catholic Church and its roles under, and against, communism:

Moral equivalence is moral idiocy. The United States and its western allies during the Cold War were imperfect democracies that sometimes did wicked things. Throughout the Cold War (and long before), the Soviet Union was a pluperfect tyranny that did terrible things as a matter of course, murdering millions of innocent people in cold blood. Any suggestion that the U.S. and the USSR were “two scorpions in a bottle” (as one Carter administration nominee famously put it) reflects a fundamental moral obtuseness about the situation.

The Ostpolitik of Pope Paul VI did not ease the situation of the Catholic Church behind the iron curtain. Pope Paul's openness to dialogue with communist regimes can claim one genuine (if unintended) accomplishment: it created openings that a Polish pope (who viewed his predecessor's Ostpolitik with considerable skepticism) could exploit (often against the counsel of Vatican diplomats). On the ground, the Ostpolitik of Paul VI was a disaster in Hungary (where most bishops from the mid-1960s on collaborated with the regime), in Czechoslovakia (where the underground Church felt betrayed), and even in Rome, where Soviet bloc intelligence agencies used the new diplomatic contacts necessitated by the Ostpolitik to penetrate the Vatican in a quite striking way.

Moral power was the key to success. Communism might have collapsed of its own economic incompetence, but why did it collapse in 1989 rather than 1999 or 2009 or 2019? And why did it collapse without violence (Romania excepted)? Our premier Cold War historian, John Lewis Gaddis of Yale, has the answer: the moral revolution launched by John Paul II during his first pilgrimage to Poland in June 1979 was the key to all the rest.

There were winners and losers in this epic contest. Be grateful that we won. Be grateful for all those who sacrificed blood and treasure for the victory. 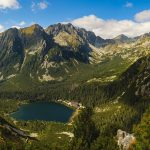 A living prayer of self-sacrifice