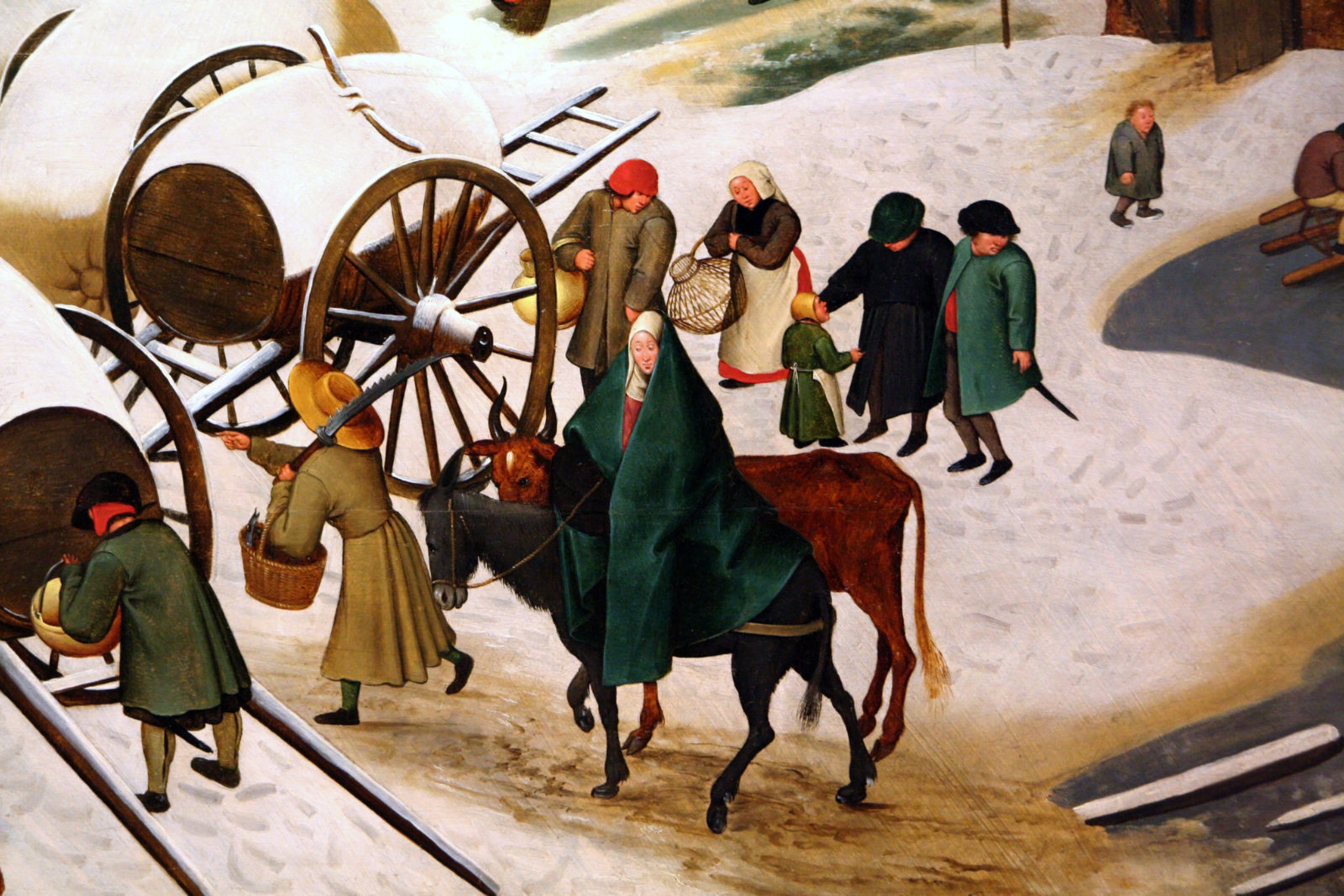 Advent and Christmastide are full of journeys and pilgrimages: Mary goes to Judea to visit Elizabeth. Mary and Joseph journey to Bethlehem, ostensibly to fill out their tax forms, in truth to fulfill an ancient prophecy. Amazed shepherds leave the hills, come to town, and find the desire of the nations. The Magi go on a star-led trek and then return to the mysterious East. Mary, Joseph, and the Holy Child go on pilgrimage to Jerusalem for what we celebrate on February 2 as the Feast of the Presentation (after which, and only after which, serious Catholics pack up the Christmas crèche). The Holy Family flees to Egypt, then journeys back to Nazareth.

Biblical religion taught western civilization that life is journey, pilgrimage, and adventure, not repetitive cycles or one darn thing after another. Advent and Christmas remind the Church of that deep truth. That’s why processions are a helpful way to celebrate these two linked liturgical seasons.

A few weeks ago, I had the privilege of participating in one of the most remarkable processions you’d ever want to experience. It took place in Soho, the most decadent part of London’s West End. And it literally stopped people in their tracks on a Sunday evening.

This nocturnal pilgrimage, in which a statue of Our Lady of Walsingham was processed from St. Patrick’s Church in Soho Square to Warwick Street and the Church of Our Lady of the Assumption and St. Gregory, was the culmination of a weekend-long Advent Mission at St. Patrick’s—which, under the leadership of Canon Alexander Sherbrooke, is the vibrant center of the New Evangelization in London. The weekend mission involved Masses, confessions, conferences, caroling and street evangelization, and a Saturday “Nightfever” experience of prayer, song, and Eucharistic adoration during which some 300 people, many of them unchurched, walked through St. Patrick’s open doors, lit a candle, and wrote down a prayer.

On Sunday evening, after a concluding Mass in honor of the Immaculate Conception, more than 200 of St. Patrick’s Brazilian and Spanish-speaking Latino congregants joined their Anglophone fellow-parishioners in the Marian procession. Led by a cross, thurifer, candle-bearers, and one of London’s auxiliary bishops, Nicholas Hudson, Our Lady of Walsingham was borne on the shoulders of sturdy men and accompanied by Ambrose, Father Sherbooke’s Cavalier King Charles Spaniel and the parish’s secret evangelistic weapon. We sang Marian hymns, prayed the rosary aloud—and offered often-startled by-standers, taking a smoke-break outside one of the area’s ubiquitous pubs, a small packet with a candle, a Miraculous Medal, and a Bible verse.

Our route was certainly tawdrier than the Flemish landscape through which Christ carries the cross in Pieter Bruegel’s painting, The Procession to Calvary. But like the Lord, we were on pilgrimage through the world: a world that included the aforementioned pubs, upscale restaurants and cheap curry shops, foreign exchange bureaus, several 24-hour grocers, a pharmacy, two porn shops, and any number of clothing emporia. (Further verifying Oscar Wilde’s observation that life often imitates art, we turned one corner at a high-end jeans outlet called “True Religion”.) The procession ended at the headquarters church of the Ordinariate of Our Lady of Walsingham, where we sang the Litany of Loretto in Latin before going our separate ways.

St. Patrick’s in Soho is that which every Catholic parish should want to be. Its rich pastoral life, which includes an extensive ministry to the homeless, is built around Mass and daily Eucharistic adoration. The liturgy is celebrated with dignity and beauty; its music is supernal. The parish sponsors an “SOS Prayerline” that has helped thousands of lonely or desperate souls over the past decade. The young people who live and work at the parish are not only involved in its liturgical life; one works at an archdiocesan center for trafficked women, another is about to return to the seminary, and all are involved in street evangelization. This is the “Church permanently in mission” of which the pope writes in Evangelii Gaudium, and like that document, the all-in Catholicism of St. Patrick’s is animated by the joy of the gospel.

To be a pilgrim is to be going somewhere. That somewhere is the Kingdom come among us at Christmas, and coming again in power and glory. The St. Patrick’s Advent Mission procession invited an aggressively secular and sometimes sordid part of London to join that journey to beatitude.