The most inane insta-pundit commentary had it that the 2012 election “hadn’t really changed anything,” what with President Obama still in the White House, the House still in Republican hands, and the Senate still controlled by Democrats. The truth of the matter, of course, is that a great deal changed, somewhere around 11p.m.EST on Tuesday, November 7, when Ohio was declared for the president and the race was effectively over. To wit:

Obamacare, the governmental takeover of one-sixth of the U.S. economy, is now set in legislative concrete, and the progressive campaign to turn ever-larger numbers of citizens into wards of the state has been given a tremendous boost–with electoral consequences as far as the eye can see.

A war in the Middle East is now almost certain, and sooner rather than later; as if the previous three and a half years of fecklessness were not enough, the cast of mind manifest in the administration’s abdication of responsibility in Benghazi will have likely convinced a critical mass of the Israeli leadership that they have no choice but to strike Iran’s nuclear facilities in self-defense. The economic chaos resulting from military conflict in the Persian Gulf (and beyond) will further deepen the European fiscal crisis while making an already weak American economic recovery even more anemic.

The children and grandchildren of November 7’s voters have been condemned to bear the burden of what is certainly an unpayable mountain of debt, and may be an unserviceable amount of debt, which in either case will be an enormous drag on the economy, even as it mortgages America’s strategic options in Asia to the holders of U.S. government bonds in Beijing.

The American culture war has been markedly intensified, as those who booed God, celebrated an unfettered abortion license, canonized Sandra Fluke, and sacramentalized sodomy at the Democratic National Convention will have been emboldened to advance the cause of lifestyle libertinism through coercive state power, thus deepening the danger of what a noted Bavarian theologian calls the “dictatorship of relativism.”

Religious freedom and civil society are now in greater jeopardy than ever, as what was already the most secularist and statist administration in history will, unfettered by reelection concerns, accelerate its efforts to bring free voluntary associations to heel as de facto extensions of the state.

Nothing changed? In a pig’s eye.

Europeans understood this, immediately, even if large swaths of the American punditocracy didn’t. One e-mail from Poland, the morning after the election, expressed real fear for the future (as well my correspondent might, given President Obama’s craven whisperings to Dimitry Medvedev that a reelected administration would pull the final plug on missile defense in Europe, as Vladimir Putin has long sought). Another, from London, suggested that Obama’s reelection was a cataclysm for America similar to Henry VIII’s break with Rome: a politico-cultural-economic game-changer the effects of which would be felt for centuries. A Scottish friend (correctly) foresaw serious trouble for the Catholic Church in the United States, to which he had long looked for models of leadership in handling aggressive secularism.

None of this was surprising, however. Five weeks before Election Day, I had lunch with the head of state of one of America’s closest European allies. When I asked him how our politics looked to him from a distance of some 3,500 miles, he replied, more in sorrow than in anger, “America is missing greatness.” Americans dubious of what they style “foreign entanglements,” who would otherwise shrug off such an observation, might think twice about it in light of a second Obama administration. For my luncheon host was not simply referring to a lack of American leadership abroad; he was, in a single, poignant phrase, speaking of a national will to diminishment that seemed to him evident in both the astonishing possibility that a failed president would be reelected and the equally surprising inability of that president’s opponents to make a compelling case for change.

And here, too, is something for Republican strategists to ponder while sifting through the wreckage. Mitt Romney made himself a better candidate throughout 2012, and for one brief, electric moment at the first debate, he seemed like a leader with vision, passion, and wit. But a recovery of American greatness–cultural, political, economic, diplomatic, and military greatness–was not the driving theme of the Romney campaign. Not knowing Mitt Romney personally, I can’t say whether this obviously decent and successful man simply lacked the understanding necessary to make the case for true American renewal, as distinct from the faux hope-and-change mantra that had seduced so many in 2008. But whatever Romney’s personal inclinations, many Republican campaign managers and consultants always seemed afraid of scaring the horses. Obama would be beaten, they insisted, on grounds of competence, not by a campaign that called the country to recognize that it need not settle for mediocrity, a campaign that summoned America to new heights of achievement.

The themes for such a campaign were not difficult to imagine; they could have been built around a recasting of FDR’s four freedoms. Freedom of religion: No government bureaucrat in Washington is going to tell your religious community how to conduct its affairs. Freedom from fear: A Romney administration will not tolerate the burning of American embassies and the torture and murder of our diplomats by the thugs of al-Qaeda and their jihadist allies. Freedom for excellence and accomplishment: Unshackling American ingenuity from the restraints of government interference will unleash new wealth-creating and wealth-distributing energies, even as that liberation empowers the poor to lead lives of self-responsibility through honest and dignified work. And freedom from unpayable debt: Your children and grandchildren must not be buried beneath a sludge pile of extravagance sluicing out of a national capital (and an administration) addicted to throwing oceans of money at problems.

Would it have worked? Who knows? But the issues would have been sharpened; the fake issues (“war on women,” “tax breaks for the rich,” etc.) might have been marginalized; and a lot more energy–real political energy, not just energies bent on denying Obama a second term–might have been unleashed.

The countercase, it must be admitted, has something to be said for it. Not the countercase of the culture-wars-averse campaign consultants, but a countercase that would run something like this (and that illustrates another great change, not initiated on election day but confirmed by the results):

Whatever the clumsiness of Mitt Romney’s “47 percent” remark, the hard fact of the matter is that a critical mass of Americans are now so dependent on government (either directly or through public-sector unions) that any appeal to a larger national vision, much less a vision of personal responsibility, is impossible. So try to make the case that a Romney alternative to Obama will fix things without fundamentally altering the relationship between individual citizens (and families) and the post-New Deal, post-Great Society American welfare state.

There is, in hard truth, something here. That half the country was prepared to reelect a manifestly failed president whose personal incapacities, like the incapacities of the bloated governmental bureaucracies over which he presided, were on full display in the weeks before the election, and in venues ranging from North Africa to Staten Island, is a very disturbing “indicator,” as the pollsters like to say. That a goodly proportion of that half of America seemed susceptible to the Obama campaign’s class warfare is also disturbing. But perhaps most disturbing of all is the exit-poll data showing that a healthy majority of the electorate believed Obama more ca
pable than Romney of handling foreign crises: and this, after the lethal fiasco of Benghazi, itself the embodiment of an ideologically driven pusillanimity in foreign policy that has been on display since the president’s apologize-for-America tour at the beginning of his first term. “Missing greatness,” it turns out, is not just a function of who’s in charge. It’s a result of democratic citizens’ not paying attention. Or worse, it’s the result of citizens’ suffering such severe ideological glaucoma that they cannot see what is in front of them.

What has obviously changed, in other words, is American political culture: and it is hard to make a case that that change has been for the better. Shortly after Ohio sealed the deal on Election Night, a friend (who earlier in the evening had said that she was having a hard time recognizing the country she grew up in) sent me an e-mail with a salient Tocqueville quote:

In the United States, the majority rules in the name of the people. This majority is chiefly composed of peaceful citizens who by taste or interest sincerely desire the good of the country….If republican principles are to perish in America, they will succumb only after a long social travail, frequently interrupted, often resumed; they will seem to be reborn several times, and they will disappear without return only when an entirely new people has taken the place of the one that exists in our day.

So let’s spare ourselves the Bertolt Brecht bromide about a displeased government getting itself a new people, which is precisely the opposite of the point here, and ponder the serious question raised by Tocqueville, and put in more contemporary terms by another of my day-after-the-election e-mail correspondents, a former senior White House official:

Is it time 1) to conclude that what began in 1992 has provided 26 years of confirmatory evidence that the American experiment in ordered liberty has given way, decisively and irrevocably, to a crass and stupid commercial (and sexualized) culture, under a technical-administrative state, guided by the view that man is the measure of all things, and 2) to consider a refocusing of political efforts to the local level, which has its own problems of corruption, stupidity, and loss of tradition and virtue, but in some cases may permit of a politics in some measure noble and worthy?

Unwilling to go quite that far into the Slough of Despond, I nonetheless recognize (and commend) the seriousness of the questions posed by these two friends. For while the surface manifestations of national politics (the presidency, control of the houses of Congress) may look “the same” to the less lucid elements of the punditocracy, the question of whether we have become, if not “an entirely new people” (paceTocqueville’s warning), then a deeply divided people, one large part of which is now wedded to government in ways that gravely erode civic virtue, surely must be part of the post-2012 conversation.

And even if our cultural slide into a cheerful Gomorrah is not, as my second correspondent suggested, “irrevocable,” the effects of the culture of the imperial autonomous (and government-subsidized) Self on our politics must be reckoned with, as Republicans, conservatives, and all those who felt a real emptiness settling upon them at 11p.m.EST on Tuesday night think through the economic reconstruction, the restoration of fiscal sanity, and the exercise of global responsibility that must be part of a post-Obama America, now unhappily deferred until at least January 2017.

It takes a certain kind of people, living certain indispensable virtues, to make the market and democracy work so that justice, prosperity, and human flourishing are the net results of freedom. That elementary truth–recognized by the Founders, ignored by the newly reelected administration, and avoided by libertarians and Republican campaign consultants–has to be at the center of the conversation about the American future, and about playing good defense during the next four challenging years.

This article was originally published on National Review Online
http://www.nationalreview.com/articles/332978/sifting-through-wreckage-george-weigel

PrevThe ‘Word of the Lord’ in English, Please
The Crisis of a Second Obama AdministrationNext 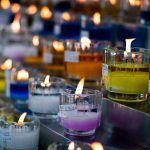