Catholics feel so at home in the United States that they can joke about the times when their faith was a severe impediment to high national office. After Al Smith’s Catholicism played a major role in his defeat in the 1928 presidential election, or so the old Catholic joke goes, he sent a one-word telegram to Pope Pius XI — “Unpack.” By the same token, however, it’s perfectly natural for Catholics to hear echoes of anti-Catholic prejudice when others ask, “What are Catholic politicians supposed to do if public policy is in conflict with Catholic doctrine? Where’s the bright line between faith and public service?” After all, virtually no one else gets asked those questions in American public life.

Still, the questions are there. So are the confusions, some of them caused by Catholic intellectuals who don’t get the logic of the Church’s social doctrine, and others by Catholic politicians who muddy the waters by suggesting that the moral teaching of popes and bishops is “sectarian.” In the hope of answering the questions and clarifying the confusions, I offer the following “small catechism” on the responsibilities of the Catholic politician.

Question: The official leadership of the Catholic Church addresses a wide range of issues. Do all these teachings have the same moral “weight”?

Answer: No. When the pope and the bishops teach that the right-to-life is inalienable from conception until natural death, they’re defending a first principle of justice that binds everyone, not just Catholics: In a just society, innocent and defenseless human life deserves the protection of the laws. What’s at stake here is not some peculiarly “Catholic truth,” but a truth of reason that can be known by anyone. Thus no politician, Catholic or otherwise, can claim to stand for the common good and defend the abortion license decreed by Roe v. Wade, or the euthanizing of the elderly and the “burdensome,” or the creation and destruction of human embryos for medical research. You can’t square the circle. Just law must recognize the inviolable dignity of every human life.

On the other hand, take the case of the Iraq war. The late John Paul II repeatedly urged that a non-military solution be found to the threat of the Saddam Hussein regime; the Catholic bishops of the United States expressed grave reservations about the wisdom of an invasion. On this question, though, as on most questions of public policy, we’re in the realm of prudential judgment, where morally reasonable people can differ. That’s also true of social welfare policy, environmental policy, immigration policy and economic policy. On these questions, Catholic politicians owe their religious leaders — as they owe every intelligent proposal — a fair hearing. To suggest that these contingent questions are the equivalent of the life issues, however, is to make a very basic mistake in logic.

A:Yes, sometimes; at other times, no. The bright line here is between Church teaching that involves inviolable first principles and Church teaching that does not. Because the abortion license violates a fundamental moral norm that makes a just society possible, a Catholic politician owes it to both reason and faith to work for the restoration of full legal protection for all innocent human life — for precisely the same reasons that Catholic politicians were morally obliged to work against legal segregation. The common good demands it.

We don’t have that kind of moral clarity on other issues, however. It’s an insult to Christian faith to suggest that the Gospel can tell us what the highest marginal tax rate should be or what the federal gas mileage standard should be (or whether there ought to be a federal gas mileage standard). That society has obligations to the elderly is a clear moral truth; that that obligation is best met by the present Social Security system is a legitimate subject for debate. The Catholic Church (like the Southern Baptist Convention, the Presbyterian Church USA or any other voluntary organization with public policy interests) is certainly free to make its leadership’s views known on these disputed questions; politicians have an obligation to weigh those proposals against their own best judgment. But those positions can’t bind consciences the way first principles of justice should.

Q:What obligations do Catholic politicians have in making arguments in the public arena?

A:When Catholic politicians enter the public arena, they’re constitutionally free to make any kind of argument they like. But in a diverse society, democratic courtesy and political common sense suggest that we should all make arguments in ways that our fellow-citizens can engage. This really isn’t difficult, because the Catholic Church’s teaching on public policy questions has always been proposed in a genuinely public way, using a common vocabulary and “grammar” that isn’t peculiarly Catholic. There’s nothing “deeply personal” or “private” about, for example, one’s position on when a human life begins; you either know the science or you don’t, and the Catholic Church is firmly aligned with serious modern science here.

Q:But doesn’t all of this moral argument violate the rules of American pluralism?

A:No, it doesn’t. You can’t invoke “pluralism” to ban rational, moral arguments from public life (as some Catholic politicians have foolishly done in recent weeks). Real pluralism means engaging others’ arguments civilly; it also means a willingness to have my own arguments judged by the canons of reason.

This article was originally published on USA Today
http://blogs.usatoday.com/oped/2008/10/the-catholic-qu.html

PrevCAMPAIGN 2008: Iraq and the War Against Jihadism
Pro-Life Catholics For ObamaNext 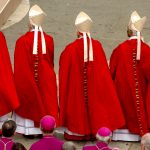 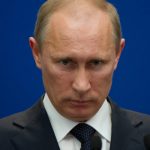 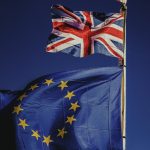