I’m occasionally asked why I, a dues-paying member of the Guild of “Public Intellectuals,” never pursued doctoral studies. The short answer is that I met Robert Pickus, who was my personal doctoral program: a volcano of ideas who taught me more than I could possibly have absorbed from any number of courses, seminars, and dissertations, and who introduced me to a host of thinkers, including Midge Decter, Irving Kristol, Seymour Martin Lipset, and Norman Podhoretz, who, along with Richard John Neuhaus and Michael Novak, completed whatever in my education Pickus had left unfinished​. When he died on January 22, at the age of 92, I lost a friend and mentor who left an indelible imprint on my life, and the United States lost one of its most passionately patriotic citizens, a genuine American original.

The son of immigrants and a veteran of OSS operations in Sweden during World War II, Pick, as he was universally known, spent the immediate post-war years studying political theory at the University of Chicago during that institution’s glory days. Leaving Chicago with his doctoral coursework completed but “ABD” (all-but-dissertation, as the academic argot had it), he plunged into work for the American Friends Service Committee; there, he co-authored Speak Truth to Power, a proposal for a peace-oriented U.S. foreign policy that drew the respect, if not the agreement, of George F. Kennan and Reinhold Niebuhr. But as the AFSC, like the rest of the peace movement, took a hard left turn in the early1960s, Pick became a sign of contradiction within – indeed, a target of seriously nasty obloquy from – the movement to which he had dedicated his professional life. For in Pickus’s view, what called itself a “peace movement” became, in the early Vietnam years, an anti–American-power-in-the-world movement.

Part of that judgment was based on Pick’s profound intellectual, moral, and political disdain for Communism, which he knew as a god that failed long before others figured that out. But the deeper root of his critique of the peace movement of his day was his love for the United States, which, for this scion of the great central-European Jewish migration to America, was the model of the kind of pluralistic, tolerant, democratic political community to which the world should aspire. The peace-movement people who spelled their country’s name “Amerika” struck Robert Pickus, who proudly called himself a peace activist for more than a half-century, as moral idiots and dangerous fools. If the “Amerika” people (and the fellow-travelers who declined to criticize them, on the principle of pas d’ennemis à gauche) couldn’t understand, and appreciate, how democratic politics and the rule of law made pluralist political community possible in the United States, how were those people going to contribute in any useful way to building a world in which law and politics replaced mass violence as the means of adjudicating conflict?

They weren’t. And Pickus did not hesitate to tell them so, perhaps most memorably on May 21, 1965, “Vietnam Day” in Berkeley, Calif. For hours, the usual suspects, including Staughton Lynd and Jerry Rubin, had been saying the things the usual suspects said in those days; then it was Pick’s turn to speak. He spoke as the Western-area director of an organization called Turn Toward Peace and an opponent of American policy in Vietnam. But he also spoke as a man who knew that Vietnamese Communists, be they North Vietnamese or Viet Cong, were not agrarian reformers, but totalitarians with blood on their hands. And he proceeded to tell the Berkeley crowd that their tacit, or in some cases explicit, support for the Communist cause in Vietnam was a disgrace to anything that styled itself a “peace” movement.

Five minutes into his speech, he said that much of what he had heard thus far had been “Cold War clichés – only they’re not American Cold Warclichés, they’re the clichés of the Communist world.” Then he switched his attention, from the faculty who had already spoken to the students they’d harangued: What he could not understand, he said, was “why so many bright people have accepted so much pure crap (that was worn out 30 years ago) as though it was really a way to stand for what you really want: resistance to the whole idea of hatred, resistance to the idea of violence, resistance to hatred. And yet what takes place here? Staughton Lynd stands up and talks about how annihilation in a Brooks Brothers suit is still murder, and I don’t hear anyone . . . talking about the fact that murder at the point of a Viet Cong knife is also ‘still murder.’” It was impossible, he continued, to talk sensibly about a peace process in Vietnam that resulted in governments based on a “belief in the dignity of the individual man” if you “are caught in what . . . I will now accurately describe: hatred.” Hatred, that is, of America and its role in the world.

It was about time, he said, that America “got rid of all the McCarthyite crap.” But he was also “sick and tired of a reverse McCarthyism masquerading as an argument for freedom” by “applying the term ‘red-baiting’ to anyone who wants to talk about Communist politics and what’s wrong with them.” And he then challenged students and faculty alike to think beyond the tired over-simplifications of “withdraw from Vietnam now” in order to face some serious questions: “Why are you withdrawing, to what end? Are you withdrawing to aid in achieving a stable settlement there? Do you want to see an international presence there that will guarantee that the opposition [to North Vietnam and the Viet Cong] is not murdered?” The children of American privilege, studying at a great public institution of higher learning like Berkeley, ought to be able to manage something beyond “this idiotic isolationist line” of a “simple ‘get out of Vietnam.’” What Berkeley needed, he concluded, was “a lot more realistic pacifists and a lot fewer patsies” who took the bait and thought that “withdraw now” was the gutsy call. Let the leftists he was criticizing “have your guts; I want your brains.”

That final challenge bespoke the essence of Robert Pickus, who, for all that he devoted his life to peace activism in his singular (and noble) definition of it, was at bottom a teacher. The gang that organized “Vietnam Day” in Berkeley in May 1965 may have been drawn from the tenured-faculty subdivision of the invincibly ignorant; that much, at least, is suggested by their refusal to print his speech along with the many others delivered that day. But over 50 years of leading organizations variously known as Acts for Peace, Turn Toward Peace, the World Without War Council, and the James Madison Foundation, Pick’s tutelage left a deep imprint on many minds and souls, including mine.

It was Pick, a son of Judaism, who reminded me, a Catholic, that, since the days of Augustine, Catholicism had thought of peace as the product of law and politics: In Augustine’s fine phrase, peace is tranquillitas ordinis, the “tranquility of order.”

It was Pick, a pacifist, who showed me, a Catholic theologian committed to the just-war tradition, how these two moral commitments could work together when “work for peace” was not traduced to agitation against alleged American “militarism,” but focused on finding legal and political alternatives to war in resolving international conflict.

It was Pick who, by insisting that peace and freedom were inseparable, helped me to think about “human rights” in a disciplined, precise way, and who first showed me what John Paul II and Václav Havel later confirmed: that the robust defense of human rights behind the Iron Curtain was one crucial key to bringing down the Berlin Wall and liberating what Pickus understood full well were “captive nations.”

(And, oh yes: It was Pick who taught me to read National Review and who cajoled what must have been a startled but amused Bill Buckley into providing complimentary NR subscriptions to World Without War Council offices.)

But the deeper lesson Pick taught was about the difference between “career” and “vocation.” There was nothing wrong with a career. But to live vocationally, in service of a great cause, was something noble and soul-strengthening. In his case, that meant the vocation to advance the prospects of a world in which, as Albert Camus (one of his heroes) put it, we were “neither victims nor executioners.” I joined him in pursuing that vocation for nine years; but he understood that, when a parallel vocational call came to me in 1989 in the offer of the presidency of the Ethics and Public Policy Center, it was a call I ought to answer.

To the end, he believed in building what he often called an “American peace effort worthy of the name”: one that firmly rejected all forms of tyranny, especially the Communist variety; one that cherished American democracy and saw American political, economic, and, yes, military power as essential in moving the world toward a greater measure of political community; one that understood that this is an imperfect world, in which utopian politics too often turns into a tacit acquiescence in evil – or evil itself; one that honored the rule of law and wasn’t seduced by leftist revolutionary violence; one that acknowledged the present competencies and corruptions of international organizations while working to reform them.

He was an American original, this pacifist who admired Ronald Reagan. And if he was all too frequently defeated in the great battle of his life – the battle to prevent what styled itself the American peace movement from becoming captive to what he regarded as infantile leftism and anti-Americanism – he never stopped trying. For in the trying, he was living vocationally, in response to what he understood to be the deep moral truths embodied in the Jewish scriptures and the great Western tradition of political philosophy.

This article was originally published on National Review Online
http://www.nationalreview.com/article/430243/robert-pickus-american-original 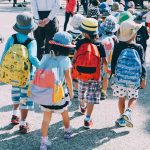