A year ago, the world stopped, quite literally, to honor a Polish priest and bishop who had touched hearts, minds, and souls unlike any anyone else of his era. Millions poured into Rome to pay homage to John Paul II. Two billion people participated in his funeral by television. In the year since his triple-casket of cypress, zinc, and walnut was buried in the crypt of St. Peter’s basilica, millions more have come to pay their respects, to leave flowers, and to pray.

Historians will be exploring those questions for centuries. On this first anniversary of what he called his “Easter,” let me suggest, all too briefly, what he meant to so many individual lives, and what he meant culturally, as a teacher of our times.

In Rome last April, it struck me that John Paul II had drawn such love and loyalty because he embodied paternity in a world increasingly bereft of fatherhood, with its unique combination of strength and mercy. The past twelve months have transformed that intuition into a conviction: at the root of John Paul II’s magnetism was his remarkable capacity to communicate paternal strength and compassion, qualities which the world may not have known it was seeking, but which millions embraced when they were offered.

Karol Wojtyla could embody paternity because he had reflected on it for a long time: on his natural father, a man of granite-like integrity; on his spiritual father, Cardinal Adam Stefan Sapieha, the “unbroken prince” who took him into his home as a clandestine seminarian and who ordained him to the priesthood; on his experience of spiritual paternity with the young men and women who, with him and around him, formed a network of friendship and fraternity that would outlive his death. In his 1964 drama, Radiation of Fatherhood, Wojtyla suggested that becoming a father meant being “conquered by love,” which liberates us from the “terrible” (and terribly false) freedom of self-absorption. To be conquered by love in this way was to be liberated in the deepest sense of human freedom: for only in “the radiation of fatherhood…does everything become fully real.”

That was what John Paul II’s paternity meant: in a world of delusions and illusions, he made things “fully real,” because his spiritual fatherhood was a reflection of the fatherhood of God.

Then there was John Paul II, the pope who taught that “the Church proposes; she imposes nothing” — but who proposed, time and again, a powerful, alternative reading of how we might understand ourselves at this moment in human history.

The mandarins of postmodern culture insist that the roots of our religious and moral traditions are irretrievably lost, such that men and women today can’t have access to what our ancestors believed to be true; John Paul II taught that Christians always have access to the origins of their faith and their way of life because the source of Christian truth, Christ, is alive and present to his Church. Post-modern culture teaches that agreement about the truth of things can never be reached across historical epochs or between cultures; John Paul II taught that every human being, no matter what the cultural or historical circumstances, can hear a saving word of grace and mercy from God. Post-modernism teaches us that knowledge is incoherent, that there is simply no way to put the world’s story together; John Paul II proposed Christian faith as a comprehensive, coherent, and compelling account of human nature and human community, of human origins and human destiny.

A man of reason in a season of irrationality; a man of compassion amidst murderous passions; a man of conviction whose convictions opened him to genuine dialogue about differences; a man who asked nothing of others that he hadn’t risked or suffered himself — this was paternity embodied in a world bereft of, but desperately seeking, a sense of purpose and direction. This was John Paul the Great. 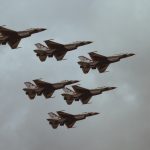 Is History Really Over? 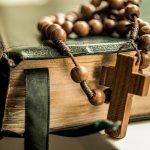