On April 20, in the Royal Castle in Warsaw, the Polish Minister of Culture and National Heritage, Kazimierz Ujazdowski, presented EPPC Senior Fellow George Weigel with the Gloria Artis Gold Medal, Poland’s highest honor in recognition of contributions to Polish and world culture. In a letter to Weigel announcing the award, Minister Ujazdowski cited Weigel’s “monumental” biography of John Paul II, Witness to Hope, as well as his contributions to “promoting the concept of democracy based on universal moral values rooted in Christianity.” George Weigel is only the second non-Pole to receive this distinction from the Government of Poland.

Thank you for honoring my work with the gift of the Gloria Artis Gold Medal.

It has been one of the privileges of my life to help the world know a little more about Poland, its dramatic history, and its unique culture, which I believe has important things to teach the world in these opening years of the twenty-first century and the third millennium. The distinctive texture of Poland’s history and culture impressed itself on my mind and heart during my first research visit to your country, fifteen years ago. During that visit, I was taken to the salt mine at Wieliczka, familiar to all of you. And it struck me that that historic site was in fact a metaphor for the Polish national experience. As you know, salt has been dug out of the earth for more than five millennia at Wieliczka, and the mine’s deepest levels reach some 600 feet — 200 meters or so — beneath the surface of the earth.  At the deepest level of the mine is the Kinga Chapel which, when lit, gives one the impression of being inside a diamond lit by the sun. Six hundred feet up is the flat plat across which marauders and invaders wrought havoc for centuries; six hundred feet above the Kinga Chapel is the territory partitioned in 1795. Yet deep within the soil of Poland is a chapel whose ornaments are carved from native materials, a place of light where one would expect to find darkness. Here, I thought, is the symbolic heart of a great spiritual culture. It often lacked what the world recognizes as “power.” But it knew of a different strength, and a more humane form of power: the power of faith — faith in God, faith in the Holy Mother, and faith in man.

The great witness to Poland’s faith in our time was, of course, the man whose passover one year ago we all remember with reverence, with sorrow, and with joy: Karol Józef Wojtyla, John Paul II. At the conclusion of his address to the United Nations in October 1995, John Paul II, standing at the focal point of what the world often imagines to be power, described himself as a “witness to hope:” to the hope that the tears of the twentieth century, which Poles had shed in abundance, “have prepared the ground for a new springtime of the human spirit.” That hope for the human future was one of the things that the world found so compelling about this Polish priest and bishop, this son of Wadowice and Kraków, this heir of Polish culture as embodied by the Jagiellonian University and the Catholic University of Lublin. As we honor his memory in these days, it is important for us to remember that this hope was built on a profound faith: the faith in God; faith in God’s providential care for the world He created and redeemed through the blood of his Son; and, because of that, faith in man. This was not naive optimism; this was hope rooted in faith: the kind of hope that kept the Polish nation alive when the Polish state had been destroyed; the kind of faith and hope that have shaped some of the most important elements of Polish culture; the kind of faith and hope that gave Poles a different way at looking at history, and the way history works.

The twentieth century, as John Paul II reminded us on many occasions, was a century of defective ideas producing lethal consequences. One of those defective ideas was the Jacobin heresy, first let loose in the world by the radical wing of the French Revolution — the heresy which taught that the dynamic of history is the quest for power, and power understood as the capacity to impose one’s will on others. Another one of those defective ideas was the Marxist heresy — the heresy which taught that everything human is, in one fashion or another, the exhaust fumes of the means of production. Drawing on his Polish experience, John Paul II, taught the world a different way of treading history: the most dynamic force in history over the long haul is culture: what men and women cherish, honor, and worship; the truths on which men and women are prepared to stake their lives.

Thus the world owes Poland a great debt of gratitude: for helping rid Europe of the plague of communism, to be sure, but also for reminding the world of the power of the aroused human spirit, the power that is unleashed when consciences have been formed by a culture whose central truths reflect the truth about the human person, human community, human origins, and human destiny.

The world needs this witness of conscience as much today as it did during the twentieth century. For the western democratic project is never secure: it takes a certain kind of people, possessed of certain virtues, to make free politics and the free economy work, so that the net result is what the late pope called a “springtime of the human spirit.” Western democracy is now threatened by an aggressive form of jihadist Islam. But western democracy is also threatened from within, by a thin notion of democracy that strips the democratic project of its moral grandeur and reduces it to a matter of procedures. As John Paul II told the world time and again, authentic democracy cannot be built on the foundation of a radical skepticism about the human capacity to know the truth of anything, which leads to a radical relativism in morality and a generally degraded view of life itself, in which the very mystery of being seems to have soured. By calling Europe back to an acknowledgment of its Christian roots, John Paul II was defending the truth of history; but he was also calling Europe, including Poland, to drink anew from the wellsprings of truth that have fed the great project of European civilization for two millennia. Poland could pay no greater tribute to the memory of its greatest modern son, John Paul II,  than to take the lead in bringing Europe back to those springs of spiritual and cultural refreshment.

“For your freedom and ours” will thus have a somewhat different meaning in twenty-first century Poland than it had in nineteenth or twentieth century Poland. For Poland’s leadership in deepening the idea of freedom in Europe, in the West, and indeed throughout the world could help determine whether John Paul II’s “springtime of the human spirit” is born in history — in a history shaped by the truth about man that was the central theme of the pontificate of John Paul II, a truth whose power he first learned from his formation in Polish culture. 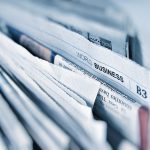