In mid-October, thirty-eight Muslim leaders wrote an “Open Letter to His Holiness Pope Benedict XVI,” in response to the Pope’s September lecture at Regensburg University and the international controversy that followed. This unprecedented letter could — just could — help move history in a more benign direction. Understanding both what the Muslim leaders said, and the need for further clarification (and action) on their part, is of the utmost importance.

First, consider what they said.

Unlike those portside Catholic commentators who thought that the Pope had been too abstractly theological at Regensburg, the Muslim leaders “applaud” the Pope’s “efforts to oppose the dominance of positivism and materialism in human life” and they welcome the Pope’s call for an intellectually serious encounter between Muslims and Christians.  They also accept, without cavil, the Pope’s explanation that the condemnation of Islam by the medieval Byzantine emperor Manuel II Paleologus, which Benedict referenced in his lecture, cannot be taken to reflect the Pope’s own views on the faith of Muslims.

The Muslim leaders also insist that the Qur’an’s injunction against “compulsion in religion” cannot be trumped by other Islamic texts. Thus they reject contemporary jihadists’ interpretations of “jihad” as an obligatory holy war of conquest, to be waged against all infidels until Allah’s sovereignty is acknowledged by the entire world. Who else but the jihadists could the thirty-eight signatories have in mind when they write that “If some have disregarded a long and well-established tradition in favor of utopian dreams where the end justifies the means, they have done so of their own accord and without the sanction of God, his Prophet, or the learned tradition”? In this context, the signatories “totally condemn” the murder of a nun in Somalia in reaction to the Regensburg lecture.

The signatories go on to invite the Pope (and, by extension, the Church) to a serious theological dialogue on the transcendence of God, and on the relationship of God’s nature and attributes to human categories of understanding. They also suggest that, in the mainstream Islamic tradition, God cannot command the irrational (like the murder of innocents) — another crucial point in the ongoing contest with those jihadists whom Canadian commentator David Warren aptly styles as “postmodern psychopaths…trying to reconstruct the conditions of 7th-century Arabia.” There are historical questions to be engaged in debating the signatories’ assertion that the rapid spread of Islam in its first centuries was primarily “political.” Still, it is not without significance that the Muslim leaders close their letter by appealing to “what is common in essence in our two Abrahamic traditions,” the two great commandments as proclaimed in Mark’s Gospel: love of God without reservation, and love of neighbor as oneself.

The Muslim leaders’ letter tends to treat contemporary jihadism as almost a peripheral phenomenon: “…some [who] have disregarded a long and well-established tradition” seems a rather anodyne description of those jihadists whose radical interpretations of the Qur’an, often reflecting the teachings of the Wahhabi sect, are the most dynamic force in the Islamic world today. Nor does the letter address the grave problem of Shia Islamic apocalypticism, as embodied by Iranian president Mahmoud Ahmadinejad and his evident belief that he can accelerate the coming of the messianic age by means of nuclear holocaust.

Absent two important figures (Shaykh Muhammad Sayyid Tantawi, head of the al-Azhar University in Cairo, and Shaykh Yusuf al-Qardawi, an influential jurist), the thirty-eight signatories represent the A-list of international Islamic authorities. They now face a large question of action: how willing are they to challenge, discipline, and, if needs be, dramatically marginalize the jihadists who preach and commit murder “without the sanction of God, his Prophet, or the learned tradition?” Each day’s headlines remind us that that crucial question remains to be answered. But it is now in play, globally. The world can thank Benedict XVI for that. 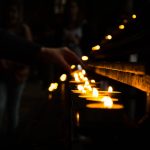