Questions for Candidates in a Crucial Election

Given the degree to which American politics has deteriorated into barrages of sound-bites, it may seem quixotic — perhaps even idiotic — to indulge my biennial habit of proposing Questions Candidates Should Be Asked by Catholics serious about bringing moral reasoning into the public square. Given the gravity of the issues that ought to be discussed between now and November 2, however, I'll risk the charge of being a fool and try to remember that “habit,” in classic moral theology, can be a synonym for “virtue.” And so the questions:

Marriage. Do the states or the Federal government, through legislation or the actions of their respective courts, have the inherent capacity to change the classic definition of marriage as the stable union of a man and a women?

Fiscal Responsibility. Does the recent accumulation of national debt at unprecedented rates and in staggering amounts constitute a form of theft from future generations, thus suggesting a grave moral dimension to what may be an impending fiscal Armageddon?

What sacrifices should today's wage-earners, and today's Social Security and Medicare beneficiaries, be expected to make in order to assure the nation's fiscal solvency in the future? As a matter of right-and-wrong, should Social Security and Medicare benefits be means-tested? Is there a moral imperative to create public policies that encourage personal retirement and health care savings accounts? In other words, how should public policy encourage a culture of responsibility, rather than a culture of entitlement, with regard to health care and retirement?

Health Care Reform. How do you resolve the tension between the goal of universal health coverage, on the one hand, and an enormous concentration of economic and political power in the hands of the national government, on the other? Should “reproductive health” measures — meaning abortion-on-demand — be included in the coverage guaranteed in the insurance-pools being formed under Obamacare? What steps will you take to protect the conscience-rights of Catholic health care providers in the face of pressures to perform what they regard as immoral acts?

The Dangers of Hubris. How do you understand the law of unintended consequences in public policy? Take, for example, the politicization of Federal home-loan guarantees, which seems to have had a lot to do with the mortgage crisis that triggered the 2008 financial crisis, from whose effects we still suffer. Does the national government do something immoral, as well as something stupid, when it manipulates markets in order to accelerate what it deems to be desirable social change?

Immigration Reform. In immigration policy, where would you strike the moral balance between a generous extension of the traditional American practice of welcoming the stranger, and the imperative to uphold the rule of law by punishing offenders and rewarding those who play by the rules?

Foreign Policy and National Security. What is the morally-appropriate response to an Iranian regime seeking nuclear weapons and threatening to use them to hasten the advent of the messianic age, as the Iranian leadership understands it?

Given that Iran and North Korea have ballistic missile capability and weapons of mass destruction, and are governed by outlaw regimes that regularly defy the “international community,” is missile defense a moral imperative?

What is morally required of the United States when confronted with genocides underway or imminent, as may be the case in Sudan?

Where would you draw the moral line between aggressive interrogation techniques and torture? How would you codify that line in law?

Is the first use of military force ever morally justifiable?

The Big One. Over what issue of principle are you prepared to lose the seat in the House or Senate that you seek? 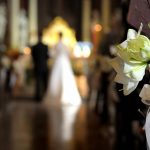